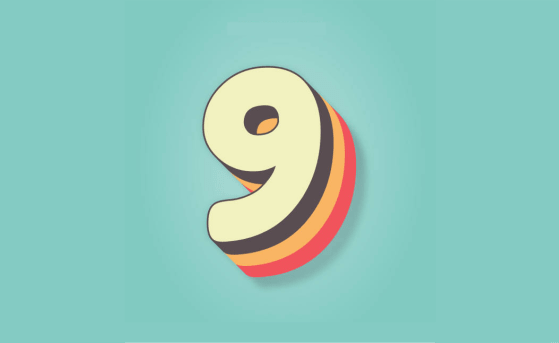 In their book, Personality Types, Don Riso and Russ Hudson describe the Enneagram type 9 as “The Peacemaker.” For some Nines, this moniker may seem a bit off the mark if we think of peacemaking as an active, interpersonal endeavor. Indeed, I suspect many Nines would feel uncomfortable if asked to step in and directly resolve a conflict situation.

The reason Nines may struggle with external peacemaking is their foremost concern, according to Riso and Hudson, is the preservation of inner peace. The procurement of external peace is thus of secondary importance, or perhaps more of a “means to an end,” for this type. All told, it may be more accurate to describe Nines as “peace lovers” rather than peacemakers.

Riso and Hudson also highlight the Nine’s experience of, and desire for, the feeling of oneness:

The inner landscape of the Nine resembles someone riding a bicycle on a beautiful day, enjoying everything about the flow of the experience. The whole picture, the entire situation, is what is pleasant and identified with rather than any particular part. The inner world of the Nine is this experience of oneness.

Nines’ concern for inner peace and oneness is to some extent at odds with the incessant “search for self” we find in the Enneagram type 4. As mystics have long recognized, oneness cannot be achieved if the self and its identifications continue to inhabit the center stage of consciousness. This distinction between the Enneagram Nine and Four is an interesting one, especially when we consider data indicating that the INFP is equally likely to test as either of these personality types. The INFJ may also test as either type, but as we will see, for an INFJ to fit the bill as a Nine may require some creative tweaks to Riso and Hudson’s portrait.

Unlike the INFP and ISFP (the types best captured by Riso and Hudson’s Nine profile), the primary concern for both the INFJ and ISFJ is not intra-personal harmony (which we can associate with IFPs’ Introverted Feeling (Fi) function), but inter-personal harmony, which derives from their use of Extraverted Feeling (Fe). We might summarize this distinction as follows:

Allow me to qualify this a bit further. It’s not that IFPs aren’t concerned with the well-being of others. At minimum, we know that IFPs are committed to procuring and defending the well-being of those they see as less than capable of helping themselves (e.g., children, animals, the disabled, the underserved, etc.). However, IFPs’ chief reason for helping others is not to bring about external harmony, but to act on their deeply-held belief that every individual is valuable and deserves a fair shot at reaching her own personal potential.

It is also worth clarifying that INFJs and ISFJs aren’t merely concerned with brokering external peace. In fact, INFJs in particular only want interpersonal harmony if it is founded on an authentic consensus of feeling or understanding among the involved parties; superficial peace based on fakery won’t cut, especially in their relationships with their intimates. While IFJs don’t exactly relish interpersonal discord, they are willing to work through it, or even spearhead it, if they believe it will “clear the air” and improve the relationship. While not as brash as EFJs, IFJs are less conflict-averse than IFPs tend to be. And it is in many respects the more passive, conflict-avoidant personality (e.g., the IFP) that Riso and Hudson use as their template for the Nine.

As as is true for all the Enneagram types, the Nine can be subdivided into two “subtypes,” with each being flavored by one of the Nine’s neighboring types (a.k.a., “wings”), namely, either the Eight or One. According to Google search data, searches for Nine with a One wing (i.e., 9w1) are about a third more common that those for the 9w8 type. This discrepancy may stem from the fact that the characteristically meek and soft-spoken Nine is in many respects the polar opposite of the more brash and domineering type Eight.

Riso and Hudson refer to the Eight as “The Leader.” In Myers-Briggs parlance, the Eight is characterized by a strength of extraverted Judgment (think CEO), as exemplified, for instance, in the ENFJ and ENTJ types. We might therefore expect to see more IFJs than IFPs typing as 9w8s.

With that being said, it is not at all uncommon to find IFPs taking up management jobs (see my book, The 16 Personality Types, for more on this), since competence with extraverted judgment in many respects represents the pinnacle of their type development (i.e., mastery of their inferior function, Extraverted Thinking). In other words, the fact that IFPs’ inferior function symbolically embodies the Eight’s strengths may inspire them to identify with the 9w8 subtype.

In his book, Please Understand Me, David Keirsey describes the NF types as “Idealists,” as individuals animated by strong ideals or a sense of mission. This in many respects overlaps with Riso and Hudson’s Enneagram type One, which they dub as “The Reformer.”

In addition to having a sort of mission mindset, Ones can be dogmatic and inflexible in their approach. Consequently, many have come to associate Onehood with the Myers-Briggs Judging (J) preference, although it might be more accurately linked with a combined preference for Judging and Sensing (S). Of the IF types, ISFJs are the most likely to embrace a black-and-white set of moral beliefs and standards, thus inspiring many to self-identify as Ones or Nines with a One wing (9w1). As idealistic J types, INFJs will also exhibit certain One affinities.

Although INFPs, as Keirsey suggests, are often idealists, they are typically neither dogmatic nor inflexible, at least not outwardly. However, this shouldn’t be taken to mean that INFPs can never be Enneagram Ones. Consider, for example, the famous INFP writer C.S. Lewis, known largely for his Christian-apologetic works, who Riso and Hudson type as a 1w9. While we often encounter INFP novelists or poets (of which Lewis was both), less commonly do INFPs play the role of apologist. Nevertheless, reaching a point of convergent knowing and committed activism suggests a ripening of extraverted Judging (i.e., Te), thus making the One a potential point of attraction for IFPs.

So Where Do INFP, INFJ, ISFP, & ISFP Types Fit?

In light of the above, the ISFP seems the most likely of the Myers-Briggs types to self-identify as an Enneagram Nine. While INFPs are also strong candidates, they often display marked Four tendencies as well, which may result in a sort of type ambivalence with respect to the Enneagram. On the whole, INFJs seem more likely to test as Fours or Ones than Nines. In many cases, Nines identifying as INFJs may actually be INFPs (a common mistyping). Finally, the ISFJ, although exhibiting some Nine characteristics, is often better typed as a Two, Six, or a One. 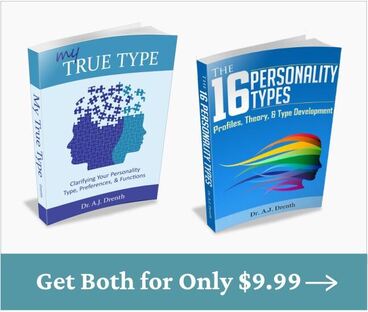