Despite their abstract and intangible nature, beliefs play a central role in informing our attitudes, behavior, and motivations. They also have a significant impact on our health and well-being and may even influence mortality.

Research has demonstrated, for instance, that optimism (or lack of it) accounts for 5-10 percent of the variance in the development of conditions such as cardiovascular disease, stroke, and depression. Moreover, the placebo effect, which is mediated by beliefs and expectations, has long been one of the most reliable, versatile, and potent human therapeutics. In light of the incontrovertible power of beliefs, those pursuing a better life are wise to take a closer look at what they believe.

Optimism: Do We Need More of It?

Positive psychologists continue to herald the many benefits of optimism for human health and well-being, but it does have its drawbacks. For instance, continuing to smoke heavily on the belief that there will always be time to quit is probably an unwise use of optimism. Clearly, there are times in which unbridled optimism is not only foolish, but potentially dangerous. 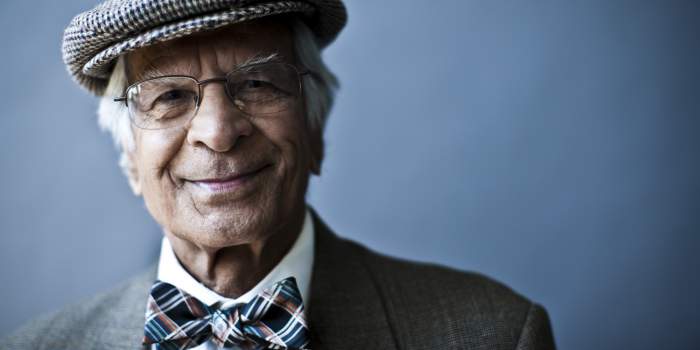 Optimism is a mindset (or put more negatively, a bias) that disposes us to ignore or downplay some aspects of reality in order to preserve certain hopes or ideals. In some cases, optimists are clearly delusional, such as when aspiring singers who can hardly carry a tune manage to maintain the belief that they are rising superstars. In instances such as these, when what is most appropriate is a “reality check,” it is difficult to argue the merits of optimism.

The Role of Personality in Beliefs

Personality research has repeatedly shown that extraverts generally exhibit higher levels of optimism than their introverted counterparts. From the extravert’s perch, introverts can seem like pessimists or killjoys. This stems from the fact that introverts tend to proceed more slowly and carefully in their actions and decision-making, considering not only the short-term but also the long-term consequences of their choices. Less prone to risk-taking or what we might call “naïve optimism,” the introvert sees herself and the world around her through a more realistic or cautious eye.

Among other things, introverts are more apt to endorse the reality of limits and the importance of moderation, notions which extraverts may be loathe to accept. Such preferences will even inhabit their political views, with introverts condemning all sorts of excess (e.g., spending, consumption, population growth, etc.) and extraverts emphasizing the value of continued growth and development. Seeing unchecked growth as unsustainable, perhaps akin to metastatic cancer, introverts argue for reining things in. Extraverts, by contrast, fueled by undying optimism, can be found pushing for unfettered expansion.

Optimism also impacts religious belief. If optimists are by nature less concerned with ensuring that their beliefs are grounded in reality, they will be more disposed to adopt belief systems, including religious ones, that maximize their sense of hope and positivity. Less optimistic individuals are inclined to feel less confident about the future and more dubious toward religious notions such as “God is always good.”

While it is easy to roll one’s eyes at optimists, it can be difficult not to envy those who exhibit healthy levels of optimism. After all, there seems to be at least some truth to the notion that a positive and resilient attitude contributes to happiness. Even religious belief, research suggests, makes us happier.

In contemplating the merits of augmenting optimism among less optimistic persons, it may be worth examining the potential ramifications at both the individual and collective level. From the standpoint of the individual, I am inclined to agree with the positive psychologists that the benefits of healthy optimism seem to outweigh the risks. Collectively, however, things seem less clear. While it might be nice everyone was suddenly more kind and sunny, this could come with the unwanted side effect of ignoring or downplaying important problems. It is likely the case that a healthy society requires a balance of realism and optimism among its constituents.

This leaves less optimistic individuals in a bit of a quandary, unsure if they should strive to become more optimistic for the sake of their own happiness or whether they should prioritize accuracy / realism for the sake of the collective. One could even argue that optimists are being a bit selfish or hedonistic in their perpetual pursuit of positive feelings. At the same time, in light of life’s brevity, it’s hard to fault those who strive to make it a positive experience.

As is true of most dichotomies, the sweet spot on the optimism-realism spectrum surely lies somewhere in the middle. The direction of growth for natural optimists will thus involve moving toward greater realism. This includes learning to see themselves, as well as the world around them, in a more objective and accurate way. While this may reveal some disconcerting flaws or problems, it can lay the groundwork for personal growth and a more honest relationship with reality. Non-optimists may want to consider how they might appropriate some of the benefits of optimism while at the same time keeping at least one foot planted in reality. Heightened optimism may not only augment their happiness and well-being, but it may also help them better tolerate risks and to act with greater confidence. Realism brings knowledge and optimism empowerment, both of which are essential to the well-lived life.