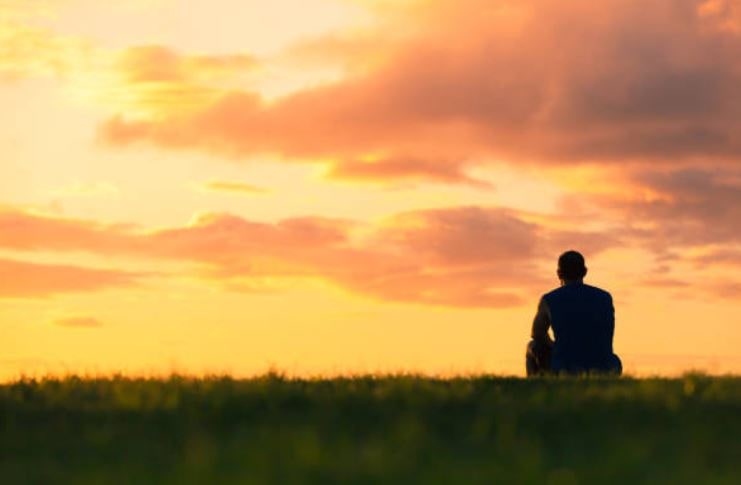 We all search for meaning in life. We naturally gravitate toward people and activities we enjoy and that make our lives more meaningful. We also develop, wittingly or not, an understanding of the meaning of life in general and our own lives in particular. This often takes the form of a story, constructed on an understanding of where we’ve been, where we’re at, and where we’re going. These stories imbue our lives with a sense of meaning, purpose and direction.

Although we all need and want our lives to feel meaningful, for some individuals, an enduring sense of meaning is hard to come by. This can prompt the adoption of a seeker’s mentality in which we engage in a quest for a more meaningful life or philosophical outlook.

Another question is whether searching for meaning in life stems from having a certain type of personality. For reasons we will soon enumerate, the answer appears to this question appears to be yes. To elucidate the search for meaning and its relationship to personality traits / types, we will examine a 2008 paper published in the Journal of Personality entitled, Understanding the Search for Meaning in Life, by Michael Steger and colleagues.

What Drives the Search for Meaning?

Let’s start with the authors’ definition of what it means to search for life meaning, or what I will sometimes call “meaning seeking”:

We define the search for meaning in life as the strength, intensity, and activity of people’s desire and efforts to establish and/or augment their understanding of the meaning, significance, and purpose of their lives.

According to the researchers, there’s disagreement among theorists as to whether meaning seeking is part of a healthy psychology. Some claim that it stems mainly from frustrated desires and perceived deficits of meaning. Moreover, in an earlier paper, Steger and colleagues found that searching for meaning was correlated with depressive symptoms.

While meaning seeking may at times be a response to perceived deficits of meaning, the authors suggest that cognitive style and personality factors can also play a role. As an example, they claim that “the urge to understand and organize information about the world may arise from preferences for the intellectual challenges inherent in big questions.’’ In other words, there’s a cognitive component to meaning seeking which is overlooked if one conceives it strictly in terms of a response to a deficiency of meaning.

The authors also suggest that meaning seeking may be reflective of a more general search for novelty and future goals. If we establish goals in accordance with our values, it stands to reason that examining life meaning would be part of the equation.

How Personality Affects the “Search” & “Presence” of Meaning in Life

Steger and colleagues employed an interesting approach for understanding the relationship between meaning and personality. Not only did they measure the degree to which subjects were searching for meaning (“Search”), but also the perceived presence of meaning (“Presence”) in their lives. In this study, Search and Presence were negatively correlated, suggesting that Searching may in many cases be driven by a perceived deficit of meaning.

For the personality component, the researchers utilized both the Big Five and Holland / “RIASEC” taxonomies. Since both of these models are significantly correlated with the Myers-Briggs, we will take the liberty to translate some of the study’s findings into Myers-Briggs terminology.

Steger and his team found that higher levels of Search for meaning were closely associated with Big Five Neuroticism and Openness. With regard to Neuroticism, Search was related to anxiety, depression, and self-consciousness. For Openness, Search correlated most strongly with Openness to Ideas and to lesser extent, Openness to Aesthetics. With respect to Holland’s model, Search was equally related to the Investigative and Artistic interest domains. Translated into Myers-Briggs vernacular, Search appears to co-occur with Intuition (N), in light of Intuition’s association with Big Five Openness and Holland’s Investigative and Artistic domains.

Presence of meaning was related to higher scores on Big Five Extraversion, Agreeableness, and most notably, Conscientiousness. More specifically, Presence was related to traits like warmth, positive emotions, altruism, social closeness, dutifulness, competence, self-discipline, traditionalism, and achievement striving. In Myers-Briggs parlance, Presence would be linked with the E, F, and J preferences.

Unlike other personality domains where Search and Presence were at odds with each other, high Openness did not negatively affect Presence, despite the association of Openness with Search. This suggests that it’s possible for Open / intuitive individuals to seek and experience meaning simultaneously. Put differently, their Search need not originate from a place of perceived deficiency or Neuroticism.

The Role of Time Orientation

In addition to personality factors, Steger’s team investigated the role of time perspectives on the Search and Presence of meaning. They employed the Zimbardo Time Perspective Inventory (ZTPI) to assess how individuals orient themselves to time with respect to five subscales:

The researchers found that the Past Positive and Future perspectives were most strongly related to Presence of meaning. Search for meaning was associated with the Past Negative, Present Fatalistic, and to a lesser extent, Present Hedonistic, orientations.

In concert with the authors, I was surprised to learn that a Future orientation wasn’t associated with Search. The authors do point out, however, that many of the questionnaire items designed to assess the Future perspective are associated with planning and follow-through, which meaning seekers may not excel at. It may be that meaning seekers look to the future with sense of interest and possibility, but without formulating explicit goals for themselves. This makes sense in light of my recent post, How Intuitives Rely on Goals and Possibilities, where I discuss how some intuitives may orient themselves more to possibilities than goals.

By way of summary, both the Search for and Presence of meaning are significantly influenced by personality traits / type. Those high in Neuroticism tend to score higher in Search and lower in Presence. Extraverts, along with Agreeable and Conscientious individuals, report greater Presence of meaning. Open / intuitive individuals are often meaning seekers, but this does not preclude them from simultaneously experiencing meaning. Lastly, this study suggests that improving our relationships, making peace with our past, and directing our search for meaning toward future goals may increase the Presence of meaning in our lives.

If you’re looking to better understand your personality and how it translates to a meaningful life path, be sure to check out our online course, Finding Your Path as an INFP, INTP, ENFP or ENTP.

Turbulent or Assertive? Overlaps with Neuroticism

The “Seeker” Personality & Archetype: A Dialogue