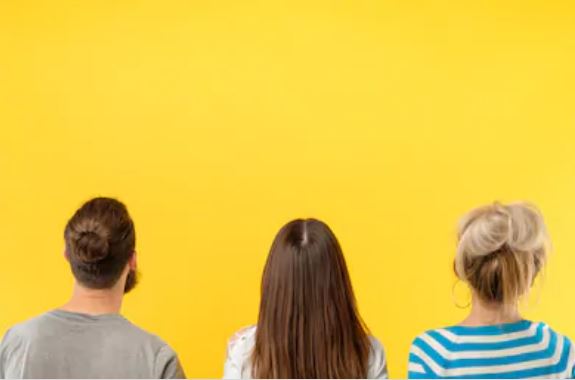 Early in our typing journey, we largely evaluate the personality types and preferences in light of what we know about ourselves. If we test as a perceiving (P) type, for instance, we naturally associate the P preference with certain characteristics we exhibit. This approach usually works okay until we encounter others claiming to have our same personality type who seem strikingly different from us. The more frequently this happens, the more we find ourselves scratching our heads, perhaps questioning our own type or even the validity of personality typing altogether.

When faced with these sorts of type discrepancies, we have a few options at our disposal. One involves considering whether we ourselves have identified with the wrong type. Taking this approach, a self-typed INFP who encounters several INFPs who don’t resemble her may ultimately conclude she’s not an INFP.

It’s also possible that others are the ones guilty of typing errors. In our research and experience with type enthusiasts, for example, we’ve encountered a number of INFPs mistyping as INFJs, an observation which fueled our development of the INFJ-INFP Type Clarifier assessment.

The last possibility, which we’ll focus on in this post, is that there are factors beyond type that can shape our personality and, in turn, contribute to type confusion and ostensible discrepancies. Indeed, the more people I meet in the type community, the more I’m struck by the diversity of ways in which each type can manifest.

We’ve also observed that in cases where type diagnosis is proving difficult, there is often greater conflict between an individual’s underlying type and past / present circumstances. Thus, to gain more insight into their personality, it can be helpful to get a sense of the broader context of their lives.

In this post, we will consider the effects of one such contextual factor—birth order—on personality. More specifically, we will examine its influence on personality characteristics commonly associated with the judging (J) and perceiving (P) preferences.

Personality theorists have been periodically evaluating the contributions of birth order to personality for decades, often with mixed results. Taken together, the studies seem to indicate that birth order affects certain aspects of personality, while having little to no effect on others.

Much of the birth order research has employed the “Big Five” personality taxonomy. However, in light of well-established Myers-Briggs – Big Five correlations, I will take the liberty to translate these findings into Myers-Briggs terminology.

Of all the personality dimensions, birth order seems to have the least impact on introversion (I) and extraversion (E), while exerting the greatest effects on characteristics pertaining to judging and perceiving.

The leading theory, enumerated in Frank Sulloway’s book, Born to Rebel, suggests that birth order effects have less to do with differential parental treatment and more to do with siblings competing for a family niche. Since first-borns enjoy first dibs on identifying a niche, they usually opt for a more traditional route of pleasing their parents through responsible behavior and success in school. Thus, Sulloway characterizes first-borns as “achievers.” In Big Five parlance, they are more “conscientious.”

Later-borns, by contrast, are thought to be less conscientious. According to Sulloway’s research, they are more likely to be perceived as “rebels.”

Some theorists have suggested that gender and sibling age gaps can mediate birth order effects. Being the second boy in a family, for instance, may produce different effects than being a second-born of a different gender. Moreover, large age gaps may result in later-borns assuming certain first-born characteristics.

A 1999 study of over 1000 families lends support to Sulloway’s theory, demonstrating that first-borns tend to be seen by their siblings as more conscientious and achieving, whereas later-borns are considered more liberal or rebellious. The correlations were relatively small in magnitude, but still significant.

Sulloway’s achiever and rebel conceptions seem most closely related to the Myers-Briggs judging and perceiving preferences respectively. To be clear, there is nothing explicit in the J-P criteria about achieving or rebelling. Instead, these qualities have come to be inferred and associated with Js and Ps in the type community, at times taking the form of stereotypes or caricatures. Namely, judgers are painted as highly responsible and conscientious (“goody two-shoes”), perceivers as lazy and unmotivated (“slackers”).

If we look at the facts, however, we can find plenty of exceptions to these caricatures. Can perceivers be responsible, conscientious, and achievement-oriented? One only need to consider examples like Bill Gates (INTP), Steve Jobs (ENFP) or Elizabeth Warren (INFP) and you’ll have your answer. You’ve probably also known J types, as I have, who aren’t terribly motivated or achievement-minded. I know a last-born INTJ with two older brothers who, because of his leisurely demeanor, could easily be mistyped as a perceiver. Fortunately, considering birth-order and other factors can help us better understand and account for these sorts of anomalies.

Considering the myriad factors that can shape our personality, maybe we should be less surprised by ostensible anomalies, and more surprised when a person’s type seems clear and straightforward.

That said, I recently attended a personality conference in which I sat down next to a woman who immediately struck me as an INTJ. I couldn’t help but inquire about her type and she confirmed her status as an INTJ. So how did I know? I suspect my diagnosis was predominantly visual, based largely on her facial resemblance to other INTJ females I’ve known. Regardless, the fact that such an immediate diagnosis is even possible suggests there is something foundational about type that is readily accessible, a coherent pattern shining through the idiosyncrasies that so often lead us astray.

As our understanding of type deepens, and our exposure to the types broadens, our ability to read people quickly can improve substantially. But when first impressions aren’t conclusive, the longer road of conversation and analysis is necessary to fully reveal the fingerprints of type.

To learn more about your personality, identity, life purpose, career path and more, be sure to explore our online course, Finding Your Path as an INFP, INTP, ENFP or ENTP:

“Face Thyself”: How Your Body Reveals Your Type