In Part I of this series on INFJ-INTP Relationships & Compatibility, I explored some reasons why INTPs and INFJs may enjoy good rapport and compatibility in relationships. In Part II, I touched on the fact that these personality types may encounter some difficulties with respect to their Si-Se differences, but suggested this was typically not a deal breaker. In this post, I will focus on what are likely to be greater challenges for this pairing, involving Judging-Perceiving and Thinking-Feeling related differences. 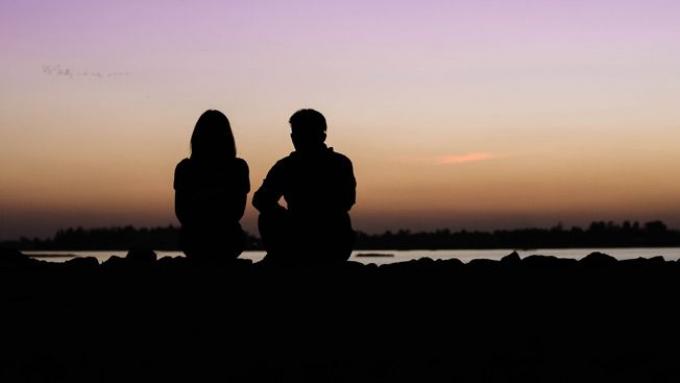 INFJs, while appearing outwardly like Judging types because of their auxiliary Fe, are inner Perceivers. When their Introverted Intuition (Ni) is not engaged in forming an impression of an external situation or problem, it can be highly imaginative, playful, carefree, fanciful, and childlike. INTPs, while sometimes appearing carefree and relaxed, tend to be inwardly serious, calculating, focused, and agenda-driven. Their Introverted Thinking (Ti) is anything but playful and childlike.

More specifically, INFJs’ inner child can get very excited about the arts and culture. Their Ni, Fe, and Se functions love relishing and experiencing fine meals, music, productions, and art. There is something very magical for INFJs about seeing the marriage of S and N through these media, which can confer a deep sense of fullness, wholeness, and joy. What makes these experiences even better for INFJs is having someone to share and celebrate them with. And since their Feeling function is extraverted, they look for their partner to join them in their excitement, making such experiences all the richer.

Since INTPs are neither N dominants nor Feelers, their interest in arts and culture cannot match the INFJs’, especially if not raised in an artsy family. Rather, INTPs’ interests tend to be more conceptual and utility-focused. And while Fe is a part of INTPs’ functional stack, its inferior position makes INTPs far less outwardly celebrative and expressive. Moreover, INTPs often get excited about different things than INFJs. While INFJs may find pure joy in a fine meal or performance, INTPs are most excited by new ideas, possibilities, or challenges.

Generally, INTPs seem less troubled by these typological differences than INFJs are. In most cases, INFJs can reciprocate INTPs’ interest in ideas, even if their Ni fails to be convinced by the INTP’s Ne speculations. But assuming the INTP is sufficiently mature, he can deal with, even welcome, the INFJ’s challenges to his ideas (less mature INTPs, by contrast, are likely to struggle with all J types, not merely INFJs). However, when INFJs are feeling passionate and excited about something and the INTP fails to reciprocate, they can feel severely disappointed and disheartened. Even if the INTP does happen to feel similarly, the INFJ may still struggle to see it in his facial expressions, which commonly appear flat and emotionless.

There are times when INFJs simply want to play and frolic in NF sorts of ways. INTPs, especially when caught up in their Ti pursuits, can seem detached, aloof, and disinterested in joining them. And even when INTPs try to relinquish their inner Ti agenda, they may still be incapable of playing in the way the INFJ might prefer, potentially appearing more awkward than anything else. When the INFJ expresses disappointment, the INTP may feel insecure and frustrated, wondering if he can ever fully satisfy the INFJ.

In light of the above, one could argue that INFJs may find better compatibility with ENTPs. ENTPs tend to have broader interests than INTPs, some of which may extend further into the arts and culture. ENTPs also share INFJs’ preference for playful Perceiving. However, INFJs may struggle with ENTPs who seem highly distractible or incapable of focusing and engaging in lengthy discussions.

In sum, INFJ-INTP relationships are not without their challenges. As discussed in my earlier posts, INFJs love the fact that INTPs seem truly interested in understanding and listening to them, reassuring the INFJ of both her value and sanity. INTPs, in turn, love the INFJ’s intellect, perceptiveness, and depth of insight, not to mention her warmth and nurture. The success of a given INTP-INFJ pairing will depend largely on the degree of openness and maturity in both individuals. Prior to age 25, these types may well have more struggles than success. The other major factor, as discussed above, would seem to involve the INFJs’ willingness to accept differences of interest and a relative lack of overt communion in the realm of Feeling.