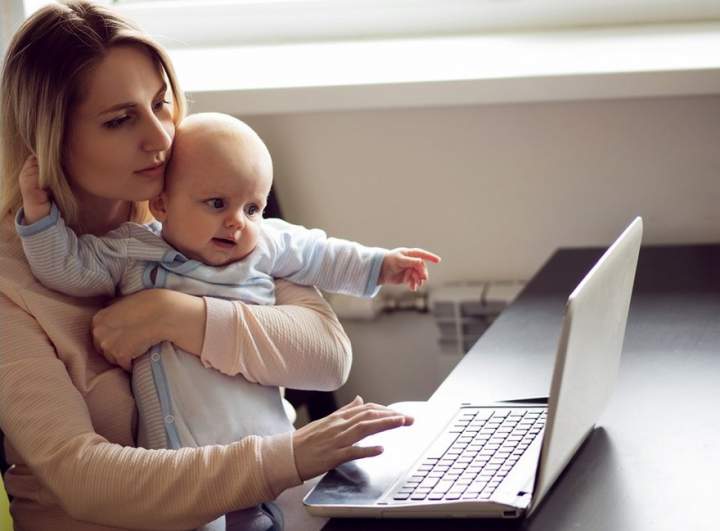 Both type theory and personal observation suggest that INFP, ISFP, ENTJ and ESTJ types are most apt to struggle with career-life balance. The presumable reason for this is the personality function most associated with career focus—Extraverted Thinking (Te)—and that most associated with intensive caregiving and parenting—Introverted Feeling (Fi)—are polarized in these types.

Extraverted Thinking aims to identify a suitable career within the existing job market. Unlike Ti, which is more inclined toward unconventional or idiosyncratic types of work, Te seeks to find a place and operate within currently established systems. This includes being willing to satisfy whatever standards and criteria are required for endorsement in a given career. Types with Ti (i.e., TPs & FJs), by contrast, are less willing to jump through what can seem to them like an endless line of Te hoops.

These Te-Ti differences all boil down to standards. As discussed in my book, My True Type, Te standards are both collective and explicit. Thus, from a Te vantage point, if someone aims to secure work in a given career field, it is not unreasonable that she be required to satisfy an explicit set of agreed upon criteria. The standards of Ti, by contrast, are more fluid, idiosyncratic, and qualitative, residing within the ITP herself rather than on a check list. While Extraverted Feeling (Fe) is similar to Te in its collective focus, Fe is not oriented to career (i.e., T) standards, but to social, emotional, and moral (F) ones. It therefore joins Ti in its disaffection for Te methods and measures.

To be clear, it’s not that Ti and Fe types don’t seek excellence or advancement in their work; such desires transcend the boundaries of type. The key point is how these things are achieved, namely, either within (Te) or outside (Ti) the lines of the existing job market, through standard career paths (Te) or socially-brokered (Fe) / entrepreneurial (Ti) ones.

Granted, some ETJs as well as a good number of INFPs will opt for unconventional or entrepreneurial careers, but the general trend suggests FPs and TJs as the types most apt to inhabit Te organizations or job roles. This is not to say, however, that FPs and TJs are equally comfortable doing so. It is worth keeping in mind that Te is IFPs’ inferior function. While effective functioning within Te systems comes quite naturally to the ENTJ and ESTJ, Te proficiency is largely an inferior function ideal or aspiration for IFPs. Nevertheless, ideals can be powerful motivators, which is why many IFPs may hold their own in Te careers such as law, accounting, science, and the like.

One of the hallmarks of Fi is a desire to care for those unable to care for themselves. While the objects of Fi caregiving are broad—from animals to the poor, elderly, disabled, and disenfranchised—most Fi types are compelled to have and raise children of their own. In my experience, even IFPs who remain unmarried are often intent on having their own children.

IFPs’ and ETJs’ dual concern for career and family is in many respects unparalleled in other types, comprising one of their central life narratives. Indeed, many will gage their life success in terms of how well they navigated and balanced these competing concerns.

One can witness the centrality of career-family concerns in the writings of former CEO turned blogger, Penelope Trunk, a self-professed ENTJ. Early in life, Trunk set her sights on career success and, if memory serves, she was at one point heading up multiple companies simultaneously. She eventually scaled back her career ambitions and moved to Iowa in hopes of securing a slower-paced, more family-friendly lifestyle. While Trunk still markets herself as a career expert, much of her writing over the last couple years has assumed a personal nature, characterized by reflections on her life experiences and the benefits of family life. In Trunk’s recent post, An Open Letter to Anyone Concerned about the Wage Gap, she pens:

I am paid much less than men with my experience and track record, and I don’t care, because I want to be with my kids… Once kids come, women feel a drive so strong to take care of kids that they downshift their careers…So why stay home? To make memories…It’s the choice to make life more meaningful by caring deeply for someone else. And parents can choose how much they want to do that.

One can imagine an INFP or ISFP writing something rather similar, although one could just as easily envision IFPs or ETJs making the opposite argument and rallying for women’s rights in the workplace. As discussed in my recent post, Two Paths to Type Development, the position an individual takes on a given issue hinges largely on the functions she is prioritizing. In the case of ETJs and IFPs, the question is whether Fi or Te is being given center stage.

Perhaps less obvious is the fact that writing about Fi-Te issues, whether for Trunk or other ETJs / IFPs, is apt to be therapeutic. Since writing is largely a perceptive process and requires the employment of ETJs’ / IFPs’ auxiliary and tertiary perceiving functions, it can serve, in effect, as a bridge between Fi and Te. In other words, the explorative (P) act of writing can help mediate the tug-of-war between their dominant and inferior judging (J) functions.

When faced with any dichotomy, be it the career-family issue or otherwise, it is always tempting to pick a side and conclude that getting more of that thing (either work or family) will make us happier. The better solution, however, is often more subtle than that, requiring the incorporation of other personality functions, especially those in the middle portion of the functional stack (i.e., the auxiliary and tertiary functions)—which I call the “bridge functions.” These functions can go a long way in mediating the competing needs and desires of the dominant and inferior functions.

Therefore, instead of approaching the work-family issue in an either-or fashion, IFPs and ETJs might consider ways of utilizing and developing their auxiliary function (i.e., Ni for ENTJs, Ne for INFPs, Si for ESTJs, Se for ISFPs). Incorporating more perceiving activities into their lives can mollify dominant-inferior tensions and make it easier to find “flow”—the experience of type integration. In their book, Personality Types, Enneagram authors Don Riso and Russ Hudson highlight the reconciliatory power of creative work:

In the creative moment, healthy Fours harness their emotions without getting lost in them, not only producing something beautiful but discovering who they are. In the moment of inspiration, they are paradoxically both most themselves and most liberated from themselves.

While career-family tensions may be particularly acute in ETJs and IFPs, every personality type has its own set of struggles to navigate. Thus, ETJs and IFPs are by no means alone in their quest to reconcile their inner conflicts and move toward greater wholeness and integration. 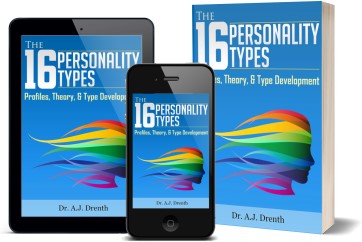 Two Paths to Type Development: The Auxiliary vs. Inferior Function