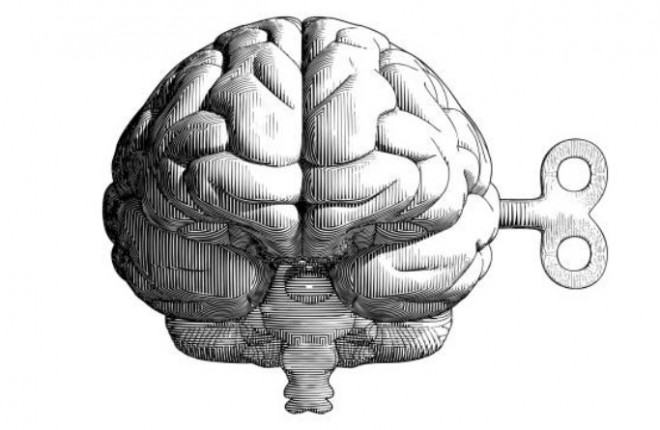 One of the more interesting things about the Myers-Briggs approach to personality is the notion that each type is comprised of multiple parts, including a set of preferences (e.g., I, N, F, J) and functions (e.g., Ni, Fe, Ti, Se). Consequently, each personality type can be seen as a sort of inner community, one which is responsible for harmonizing a diverse array of needs and values.

In this post, we’ll explore some of the key ways in which Myers-Briggs Intuition (N) / Big Five Openness works together with Introversion (I) and Extraversion (E). In particular, we’ll consider their joint roles in reflection and introspection, exploration and novelty seeking, and social competence.

Images like the armchair philosopher or solitary poet point to the idea of Introverts as reflective personalities. Indeed, the MBTI itself characterizes Introverts as more “reflective” and Extraverts more “active.”

It’s just as important to recognize, however, the ways in which Intuition gives rise to reflection. Reflective souls like poets, artists, and philosophers are in most cases Intuitive types. The MBTI associates Intuition with descriptors like abstract, conceptual, and imaginative—all of which are features of the reflective personality.

Both Introversion and Intuition contribute to reflectiveness and in all likelihood, to introspectiveness. Individuals using Introversion in combination with Intuition (“IN” types) may even present as hyper-reflective. As discussed in my post, Why INFPs, INTPs, INFJs, & INTJs Struggle to Act, many are so smitten with reflection that they find it difficult to take decisive action. This can lead them to feel like they are always on the sidelines of life—observing and analyzing everything that’s happening, but reluctant to personally dive in.

Despite the above overlaps, Intuition is not monogamous with Introversion, but also pairs quite well with Extraversion. To help us better understand the symbiosis of Intuition and Extraversion, let’s now turn to a paper by Colin DeYoung and colleagues entitled, “Sources of Openness / Intellect.” For those unfamiliar with the Big Five, Openness / Intellect (or simply, “Openness”) is the personality domain that is in many ways similar to Myers-Briggs Intuition. The following chart enumerates all the Big Five / Myers-Briggs overlaps:

DeYoung’s paper explains how Extraversion and Openness combined to form a higher-order factor called Plasticity, whose presumptive role involves incorporating novel information in response to internal and external demands. The other higher-order factor, Stability, represents its conceptual opposite and is tasked with maintaining behavioral consistency over time. In Myers-Briggs parlance, the E, N, and P preferences relate to Plasticity and the I, S, and J preferences to Stability.

Extraverts pursue novelty through what psychologists call Approach behavior, routinely moving toward people or unfamiliar situations. However, according to DeYoung and colleagues, Openness (and by extension, Intuition) also promotes novelty seeking and explorative behavior:

Open people are permeable to new ideas and experiences; they are motivated to enlarge their experience into novel territory and to examine their experience, discovering novelty even in the previously familiar.

Like Extraverts, Open / Intuitive individuals seek to “enlarge their experience.” Thus, it’s not unusual to find Intuitives traveling, appreciating art and culture, exploring new cuisines, etc. As we’ve seen, they also enjoy reflecting on their experiences, which is another form of exploration and path to novelty. Further, the researchers suggest that both Extraversion and Openness are oriented to incentive rewards by way of dopamine, which DeYoung elsewhere describes as the “neuromodulator of exploration.”

In short, Extraverts and Intuitives can in some respects be seen as having similar goals (e.g., novelty, dopamine) as well as overlapping means (e.g., exploration) of achieving them. By contrast, Introverts and Sensors (especially ISJs) are more inclined toward stability-oriented objectives and lifestyles.

It probably comes as little surprise to hear that Extraverts are socially engaged, assertive, and competent. In contrast to the more socially reluctant Introvert, Extraverts both enjoy and regularly partake in social activities. Indeed, this is one of the primary ways Extraverts explore the world and pursue novelty and its attendant rewards.

Perhaps more surprising is that, along with Extraverts and Agreeable individuals (e.g., MBTI Feelers), Open / Intuitive individuals exhibit higher levels of Social Competence (a.k.a., Social Intelligence). To better understand why, we’ll now turn our attention to a paper by Robert Schneider and colleagues entitled, “To Act Wisely in Human Relations: Exploring the Dimensions of Social Competence.”

The authors then proceed to examine the correlations and conceptual relationships between the seven SCQ elements and various personality traits, including those of the Big Five. Most notably for our purposes, they discovered that four of the seven SCQ dimensions related to Big Five Openness: Warmth, Social Insight, Social Openness, and Social Appropriateness.

Warmth was related to female gender, Extraversion, a propensity for affiliation (a combination of Extraversion & MBTI Feeling), and Openness. The researchers suggest that Openness / Intuition contributes to Warmth through the provision of empathy and broad-minded tolerance of others.

Openness also plays a central role in Social Insight. The authors speculate that “openness to experiencing others cognitively and affectively in a way that leads to some kind of cognitive alteration may be part of the puzzle of social insight.” Openness is sometimes described in terms of permeability, which contributes to a greater likelihood of being affected by life, including by other people. Intuitives’ permeability may thus serve as precursor to Social Insight.

Not surprisingly, Openness is a chief contributor to SCQ Social Openness, which the researchers described in terms of “openness to interpersonal experience.” Female gender also correlated with Social Openness, although less substantially than it did for Warmth.

Finally, Openness was positively related to Social Appropriateness, although a proclivity for affiliation (Myers-Briggs E & F) proved more consequential. The following chart summarizes the relationship between personality and Social Competence:

In light of these findings, we’d expect Intuitives to be somewhat more social and talkative than Sensing types. For instance, we’d INFPs to be more socially inclined than ISFPs. This has been borne out in careers research, which indicates that Openness / Intuition correlates, to some extent, with Holland Social interests. Many Intuitives exhibit some combination of Social, Investigative and Artistic Holland career interests.

As illustrated in the following diagram, there are a number of ways in which Openness / Intuition joins forces with both Introversion and Extraversion:

All Intuitives are curious and seek novelty, but how this manifests will differ depending on their level of Introversion versus Extraversion. Intuitive Introverts are more apt to seek novelty in the comfort of their own homes, capitalizing on various forms of media and technology. Intuitive Extraverts are more inclined toward explorative actions involving a social component, some of which might feel unsettling or anxiety-provoking for Introverts.

But these are best viewed as tendencies rather than hard and fast rules. Intuitive Extraverts enjoy reflection and introspection, and Intuitive Introverts enjoy connecting and conversing with others. In the words of DeYoung, both seek to enlarge and examine their experience, “discovering novelty even in the previously familiar.”

Learn more in about Intuitive (N) types in our four books and online course, Finding Your Path as an INFP, INTP, ENFP or ENTP.

Which Personality Types are the Most Talkative?