There is little doubt that Carl Jung was both an introvert and a strong intuitive. After all, he spent much of his time mining the interiors of his own psyche—interpreting dreams, deciphering archetypes, and discerning the typological functions. As I’ve written elsewhere, I find it curious that several different personality types have attempted to claim Jung as their own: INFP, INTJ, INFJ, INTP, and the like. It seems that when one of the great minds strikes a chord of resonance within us, we assume that he or she is of a similar personality type to our own. Perhaps this is why Jung is so popular across the personality spectrum, as his writings reveal a level of truth and neutrality that transcends our typological differences.

We should also recognize that Jung was of superior intelligence, which undoubtedly contributed to the nuance, complexity, and depth of this work. In my experience, such geniuses are more difficult to type because of their ability to think at different levels and to don different intellectual hats.

Since there is already near consensus that Jung was an intuitive introvert, we are left with the task of deciphering his thinking-feeling and judging-perceiving preferences. We could also take a different route, looking at Jung holistically to determine the degree of fit with each of the various types. Though I think either route is valid, I will focus primarily on the latter method merely because it feels more appropriate in this instance.

Was Jung an INFP?

Of the four types, INFP seems the least likely type for Jung. While capable of seeing the big picture and valuing holism to a certain extent, Jung was far too analytical, systematic, and attentive to detail to qualify as an INFP.

Was Jung an INTP?

The fact that INFP is Jung’s least likely type doesn’t bode well for the INTP. Though Jung was seemingly very even-handed and adaptable in his writing, his work seems more consistent with that of a judger than perceiver. Since INTPs are often right-brained thinkers, they are frequently attracted to monistic (a TP quality) and holistic (an NP quality) explanations. They tend to be more interested in synthesis (the unified whole) than analysis (the parts), finding connections between disparate elements and uniting them under a single theoretical umbrella. 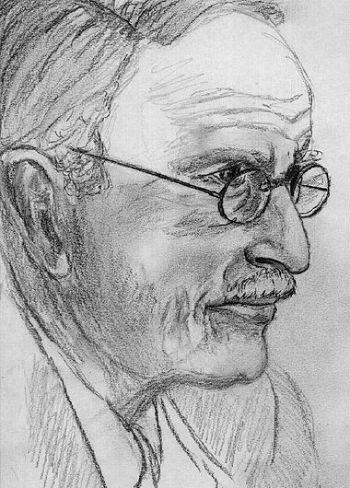 Jung was both deeply analytical and pluralistic in his thinking. Although a student of Eastern religions, he seemed to retain a more marked degree of delineation between what was human and what was divine than is typical of monistic perspectives, such as Buddhism. Jung also articulated a pluralistic psychology comprised of numerous psychological archetypes and symbols, a sort of inner Platonic realm. He saw these symbols as deeply meaningful and integral to human spirituality. INTPs, in contrast, are more apt to emphasize the unity of mind and body, as commonly described in Buddhist metaphysics. Another argument against deeming Jung an INTP is his body type. Jung sported a rather large and imposing physical frame, distinct from the characteristically ectomorphic body type commonly found among INTPs.

Was Jung an INTJ or INFJ?

We have now arrived at the final and most difficult point in our discussion, attempting to discern whether Jung was a thinker or feeler. While less-seasoned students of personality typing may be apt to quickly label him a thinker, things are not that simple. Though Jung displayed great powers of analysis, both the thinking and judging functions may affect the degree to which one is analytical; FP types are the least analytical, while TJ types are the most analytical. Sex may also play a role, with males, on average, displaying a more pronounced analytical and “systemizing” bent than females (see Baron-Cohen’s The Essential Difference). So clearly we cannot rule out the notion that Jung may have preferred feeling merely based on his powers of argument and analysis.

Though difficult to prove unequivocally, It is my assertion that Jung was actually an INFJ rather than an INTJ. The most compelling reason for this, in my view, is Jung’s ineluctable attraction to religion and spirituality. While he was no stranger to scientific thought, Jung consistently reiterated his belief that attempts at pure objectivity, hyperrationality, and scientism had left humanity in a rather disenchanted and dismal state. So rather than endorsing the scientific salvation narrative, Jung turned to religion and psychology. He felt that the overarching problem in his psychiatric clientele was a lack of purpose and meaning in life. For the vast majority of individuals, Jung believed that a religious solution was essential for restoring their psychological health and vitality.

While it would be unfair to suggest that INTJs are not religious or interested in spiritual matters, for Jung, these were matters of ultimate importance. If Jung had been a strong thinking type, it seems likely that his penetrating intellect would have led him to study mathematics, the sciences, or philosophy. Instead, he opted to devote the majority of his efforts toward humanistic and religious topics, those which are most commonly embraced by feeling types. Even a cursory exploration of career demographics suggest that religious vocations are of marked and frequent interest to INFJs, while falling lower on the priority list for INTJs. It is also worth noting Jung’s regular use of “art therapy,” both personally as well as with his clients, which is certainly consistent with an INFJ designation.

In conclusion, I think that INFJs have the greatest right to claim Jung as one of their own. Though his feeling preference was likely much less pronounced than his intuition, his work represents a wonderful embodiment of a profoundly gifted and widely influential INFJ.

Learn More about Jungian Typology in Our books:

Where Does Jung Fit? Psychology, Spirituality & the Self