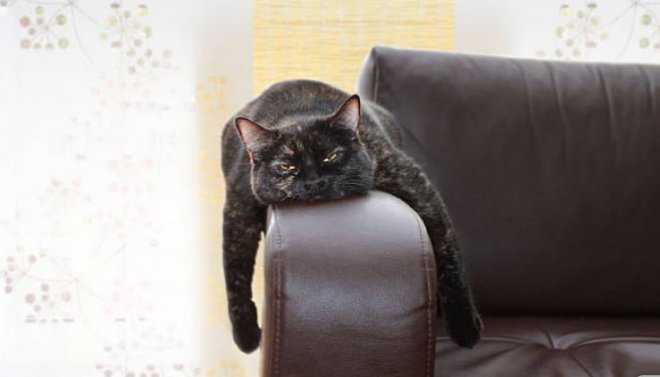 For many people (and apparently animals), boredom is a real problem, especially during the longstanding COVID quarantines. I must confess that I have at least some propensity for boredom, although I’ve always taken it as a personal challenge to avoid it whenever possible. Since coronavirus struck planet earth, however, the specter of boredom has seemed even more real, perpetually relaunching its threats under the premise that “everyday feels the same.” So being the personality junkie that I am, I wanted to understand how boredom works and which types are most prone to it. In this post, I’ll tell you what I learned.

It turns out that boredom susceptibility isn’t just a problem for those with too much time on their hands, but also has big implications for school and the workplace. Research has shown for instance that individuals prone to boredom have higher absenteeism rates, higher turnover rates, and lower job satisfaction. They’re also less likely to finish projects than non-bored workers. At school, bored students are more inclined to procrastinate and avoid their school work. Simply put, boredom throws sand in the gears of most forms of productivity.

To uncover the deeper roots of boredom, I’d like to start with a general observation regarding the relationship of boredom and depression. Namely, both tend to be characterized by a diminished sense of responsiveness to life, as well as a marked difficulty finding interest in things. Consequently, those inclined to boredom may also be prone to depression, and vice-versa.

We might also expect boredom to be age-related insofar as older individuals will have seen and experienced more things and, in turn, have fewer “new” experiences to look forward to. The notion that “nothing is new under the sun” could never have been uttered by someone under the age of 25. Of course, we’re assuming that boredom is inversely related to novel experiences. We know for instance that some people are Sensation-Seekers, who, according to Marvin Zuckerman, exhibit ‘‘…the need for varied, novel, and complex sensations and experiences” and are willing “to take physical and social risks for the sake of such experiences.’’ In fact, Zuckerman includes boredom susceptibility as one of four components of Sensation-Seeking. Put simply, if you have a high threshold for feeling “stimulated” you’re apt to crave lots of novelty and be prone to boredom and restlessness.

Most of the personality research relating to boredom has utilized the Big Five taxonomy. Fortunately, because of the substantial overlap between the Big Five and Myers-Briggs, we can translate Big Five research into Myers-Briggs parlance and, in turn, make predictions about which personality types are most boredom prone.

We’ll now turn our attention to a paper by Neil Culp called “The relations of two facets of boredom proneness with the major dimensions of personality.” Along with the Boredom Proneness Scale, Culp utilized the HEXACO-PI instrument, which is essentially the Big Five plus a domain called Honesty / Humility. Since Honesty / Humility is conceptually related to, and trended in the same direction, as Big Five Agreeableness, we will combine the two for the sake of parsimony. Those unfamiliar with how the Big Five maps onto the Myers-Briggs are encouraged to consult the following diagram:

Results wise, Culp found that boredom proneness was positively related to Big Five Emotionality / Neuroticism. Considering that Neuroticism includes a propensity for anxiety, depression, and impulsiveness, it comes as little surprise that high Neuroticism is associated with boredom susceptibility.

Personality & the Need for External Stimulation

At any rate, Culp maintains that low Neuroticism, high Agreeableness, and high Conscientiousness are reflective of “well-socialized, responsible behavior” and that boredom proneness, with respect to external stimulation, is associated with “under socialized, irresponsible tendencies.” He also suggests that boredom prone individuals have difficulties regulated themselves emotionally and that their constant restlessness and need for excitement can make socialization difficult.

Since internal stimulation involves a tendency to become deeply absorbed in tasks, Culp suggests that it might be seen as a product of the absorption element of Openness in combination with the task commitment of Conscientiousness.

Contrary to Culp’s findings, other studies have shown no significant relationship between Introversion / Extraversion and boredom susceptibility. Thus, there’s good reason to take a Culp’s results with a grain of salt.

That said, one study entitled “Is boredom proneness associated with introspectiveness?” found that boredom was related to introspectiveness, which might be seen as supporting Culp’s results. I wonder if this might be explained by the fact that introspective individuals, in being more attuned to their inner state, are simply more aware of when they’re understimulated. If this is the case, we can imagine why Introverts might claim to be bored more often.

It’s also possible that the positive emotions associated with Extraversion might serve to distract from, or override, feelings of boredom. So even if extraverts are, objectively speaking, understimulated, they may not realize or interpret their inner state as such. Moreover, if Extraversion is negatively related to depression (which as we’ve seen is conceptually related to boredom), it’s easy to see why Extraverts might deny feeling bored.

The relationship between boredom and Big Five Openness/ Myers-Briggs Intuition is in all likelihood quite complicated. Open individuals are said to have broader interests and be more inclined to absorption, which would seemingly make them less boredom prone (as Culp’s results suggest).

However, a paper called, “Relationships among Extraversion, Openness to Experience, and Sensation Seeking” argues that Openness is significantly related to Sensation Seeking, which, as we’ve seen, is related to boredom proneness. The boredom susceptibility component of Sensation Seeking involves an intolerance of repetitive experience of any kind, including routine work and “boring people,” both of which are common complaints among Intuitives. So even if Intuitives find lots of things interesting, they may feel bored if their need for novelty and variety isn’t sufficiently satisfied. It may be that their ability to entertain themselves—to maintain high levels of internal stimulation—serves as their primary defense against boredom.

The results of Culp’s study unequivocally suggest that Agreeable / Feeling types are less prone to boredom than their Thinking counterparts, which squares with my observations and experience. More specifically, Culp found that Agreeable individuals require less in the way of external novelty and excitement. In concert with this, I’ve observed that Feelers seem better equipped to appreciate and extract meaning from the simple things in life, including the company of friends, family, animals and children. Thinkers, by contrast, are more apt to seek stimulation in the form of an adrenaline or dopamine rush, which makes them more restless and boredom prone.

Highly Conscientious individuals are diligent, self-disciplined and hard-working. They embrace goals and tasks and see them through to completion, which enhances their self-worth and sense of accomplishment. They therefore tend to stay quite busy, relishing their ability to get things done. With so much to do and so little time to do it, who, they might ask, has the time to get bored?

On the flip side, one might argue that needing to stay constantly busy or active is a likely indicator of underlying boredom. Maybe it’s not over-achievers, but those who have mastered “the art of being,” who are truly the least boredom prone. If this is the case, a Perceiver who is content to “just be” might be the least boredom prone of all. Now, I’m by no means suggesting that this is true of most Perceivers, but it does highlight a potential concern regarding how we conceptualize boredom. Namely, is it deep underlying restlessness that constitutes boredom proneness, or is it the inability to effectively mitigate that restlessness? Highly conscientious individuals may excel at eschewing boredom, but they may be equally or more restless underneath.

Learn more about the personality types in our four books and online course, Finding Your Path as an INFP, INTP, ENFP or ENTP.

Which Personality Types are the Most Talkative?

Introverts & Extraverts in the Smartphone Era

Seeking Meaning in Life: The Role of Personality Type