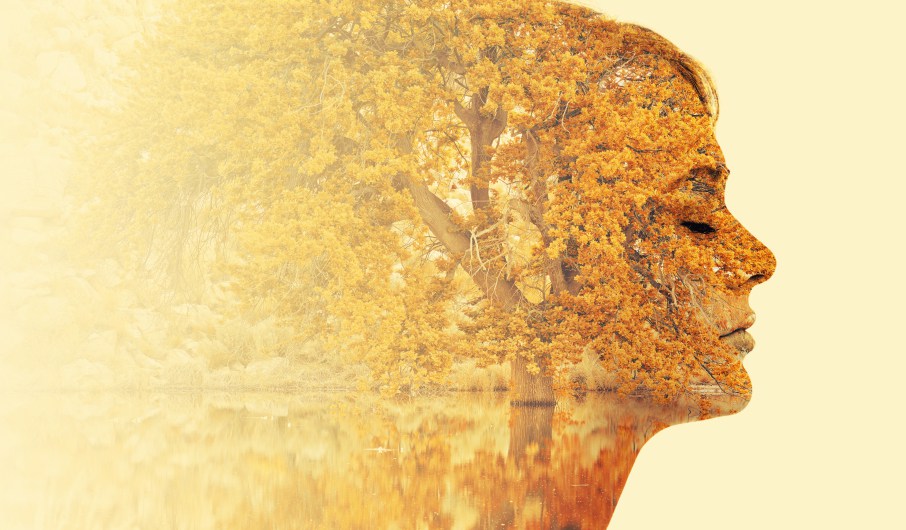 Whether an individual’s personality type can change over time has been a source of much heated debate since Jung’s original work on psychological types. Additionally, this question often begs other questions such as whether personality is inborn or acquired and what specifically determines what type we will become and why types are distributed in the population the way they are.

Allow me to preface the answer to the above question by saying the desire to “change” or exchange our current type is not without some tie to our ego which longs to “balance the stack” (or individuate) by strengthening our weaker functions, thus making it very difficult to swallow the idea that we are given a permanent type preference. Accepting that we cannot change our essential nature by sheer will and determination (in itself a threat to the ego!) is often misunderstood to mean that we cannot individuate or balance our function stack (which would, of course, be false – it is this very goal that drives us and is, of course, possible.) If we misunderstand the ability to individuate through the integration of the other functions in our stack to mean the ability to change our essential type, we may feel threatened when others purport that this is impossible since doing so essentially amounts to accepting that we cannot ever be “whole.” The fierce resistance against accepting that our personality preferences are static is, therefore, understandable.

Nevertheless, it was Jung’s belief, and I agree, that one’s personality type, or preferences, are essentially immutable and the core properties do not change. Type preferences are not chosen freely by us according to our desire to have one personality over another, they are distributed according to nature’s law (much like one’s sex or eye color). The following quote from Carl Jung found in Chapter X, paragraph 558 of Psychological Types clarifies this concept:

Such a widespread distribution could hardly have come about if it were merely a question of a conscious and deliberate choice of attitude. In that case, one would surely find one particular attitude in one particular class of people linked together by a common education and background and localized accordingly. But that is not so at all; on the contrary, the types seem to be distributed quite at random… Since the facts show that the attitude-type is a general phenomenon having an apparently random distribution, it cannot be a matter of conscious judgment or conscious intention, but must be due to some unconscious, instinctive cause. As a general psychological phenomenon, therefore, the type antithesis must have some kind of biological foundation.

Once we understand that this in no way presents a threat to our ability to individuate (or grow/change within our type), we may find it easier to accept, even embrace the unique preferences that have been given to us. At the risk of sounding a bit hokey, there is no one type which is somehow better, more necessary, or special than any other type. There are, however, some types which are more or less common, and (usually as a result) more or less socially accepted – but this is a subjective valuation. Objectively speaking, nature, and thus humanity (since we are a part of nature), relies on the existence of all types to maintain optimal survival of the species.

To understand why, we must understand the way in which the functions relate to one another: they are paradoxical opposites. Intuition and Sensing, Thinking and Feeling, Extraversion and Introversion, Perceiving and Judging… each one is part and parcel of its oppositional partner. For example, a theory (N) could not exist without substance (S), nor could the substance (S) exist without the idea (N). Each is mutually reliant on the other for existence. In other words, they wouldn’t exist at all if they didn’t exist together. This is why, for example, if all the S types collectively sought to eliminate N types, they’d essentially be cutting off their noses to spite their face.

Therefore, the answer to why nature has granted itself the privilege of determining type distribution, rather than letting us pick and choose, is fairly intuitive. Can human beings be trusted to choose the proper percentages of N and S, F and T, E and I, J and P that will ensure successful survival? And truly, the question of whether we can or can’t is fairly obsolete; like it or not, at the moment, nature is making the call. But that doesn’t mean we don’t try and fight it, either in ourselves or in others… Enter the role of “nurture”, or the environment, into psychological type. Although our type preferences are determined by nature, like skin color and height, societal norms (wearing high heels) and environmental factors (spending too much time in the sun) may temporarily alter or disguise those preferences. But getting a tan or wearing heels does not change the substantive nature of the thing altered per se. And nature has its own retaliatory measures to ensure we don’t overstep the boundary between cosmetic and substantive (ie. sunburns and blistered feet).

In the case of psychological type, the repression or attempted alteration of our inborn personality preferences can and does lead to symptoms like depression, anxiety, irritability, hypertension, and aggression. Jung explains in Psychological Types, Chapter X, paragraphs 560 – 561:

As a rule, whenever such a falsification of type takes place as a result of parental influence (for example), the individual becomes neurotic later, and can be cured only be developing the attitude consonant with his nature… It may well be that physiological causes of which we have no knowledge play a part in this. I do not think it improbable, in view of one’s experience that a reversal of type often proves exceedingly harmful to the physiological well-being of the organism, usually causing acute exhaustion.

Hypothetically, when we act authentically from the top of our function stack down, our brain rewards this behavior by flooding us with endorphins – natural “uppers.” The result is feeling sustained and energized, happy and productive. Conversely, when we are forced to use personality preferences or parts of our brains and bodies which nature has not “hardwired” us for (i.e., go “against” one’s function stack), it sends us negative symptomatic warning signs in the ways mentioned earlier. Typically, the first warning sign is boredom or malaise (coffee anyone?), followed by eventual irritability and depression. This is nature’s warning cry, which is all too often combated (or covered) by medication, begging us to pay attention to the fact that we are, in fact, going against the universal order by failing to act authentically according to our stack.

Perhaps this is why our founding fathers understood, and why we feel such resonance today with, the idea that each of us is entitled to the “pursuit of happiness” as a fundamental right. The resounding number of woeful laments from the readers of this blog alone decrying job frustration (and this is a problem for N and S types alike) should lend some clue as to how backward we operate – how time and again, despite the therapy, the Paxil, and the weekly gallons of Starbucks double tall lattes, we cannot stop nature in its tracks or drown out its cry to us that we be authentic.

Unsure of My Personality Type: What Should I Do?