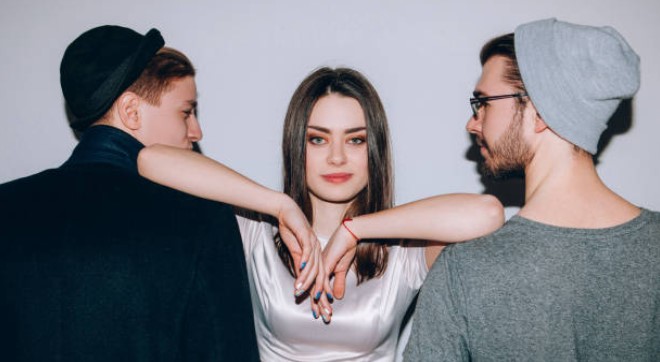 As discussed in my recent post, Sex & Love in Modern Life, there are two main buckets of modern relationships— those characterized by monogamy and those which are non-monogamous. In the latter bucket I include infidelity, polyamory and open relationships. While open relationships are primarily focused on extradyadic sexual encounters, polyamory permits both sexual and emotional involvement with other partners.

For some people— especially those drawn to monogamy—the preferred structure of their relationships is rather clear-cut. They simply want to enjoy a romantic sexual relationship with one person at a time. For others, things aren’t quite so clear. They may appreciate and even prefer certain aspects of monogamy, but also find themselves wanting something more. This prompts them to explore non-monogamous alternatives such as infidelity, polyamory or an open relationship / marriage.

In this post, we will examine various Big Five and Myers-Briggs personality factors that may contribute to an interest or participation in non-monogamy. This should help non-monogamous individuals better understand themselves as well as the elements of their personality that may influence their sexual and relational preferences.

Before we dive in, however, I’d like to preface the discussion with a word about gender, which is apt to play a substantial role in non-monogamy. At the risk of stating the obvious, men, as well as masculine individuals of any sex, are likelier to display interests in non-monogamous relationships. The fact that men generally have seven times the serum testosterone levels of women is suspected to be a strong contributor. Moreover, from an evolutionary perspective, men with multiple sexual partners would have a greater chance of reproducing than those with limited mating opportunities.

The “Big Five” is the leading academic model of personality. As indicated by its name, this taxonomy is comprised of five primary personality domains— neuroticism, extraversion, openness, agreeableness and conscientiousness. Here we will explore each of these domains individually, along with their Myers-Briggs / MBTI correlates, considering how each may or may not contribute to interest and participation in polyamory, infidelity, or an open relationship.

The first Big Five domain we’ll discuss, neuroticism, reflects an individual’s propensity for emotional instability and negative emotions. Those who are anxious, depressed, self-conscious, moody and / or insecure would likely score higher in neuroticism. This leads to the question of whether anxious or moody individuals are drawn to non-monogamy more frequently than those who are emotionally stable. It depends.

In their paper, Sexuality Through the Lens of Secure Base Attachment Dynamics, Amy Moors and colleagues discuss how attachment styles affect what they call “sexploration,” including non-monogamous relationships. They contend that “anxious” and “avoidant” attachment styles can both be characterized as insecure. And in order to be open to sexploration, they argue for the importance of a “secure base,” which they define as “the degree to which individuals are able to effectively explore multifaceted dimensions of sexuality (e.g., behaviors, identity) as a function of secure attachment dynamics.”

If we adopt this view, it seems less likely that neurotic individuals would feel comfortable with non-monogamous relationships. At the same time, one could speculate that they might fall into an affair if it happened to comport with their current emotional situation. We might expect them to be less consistent with rules or principles (e.g., “I will always practice monogamy.”) than those of greater emotional stability.

That said, I tend to agree with Moors that successful participation in a polyamorous or open relationship, both of which may require consistent effort and investment, is apt to prove more difficult for unstable persons compared to those with a secure base.

We might also expect extraverts to be better equipped for, and perhaps more interested in, polyamory or open relationships. After all, extraverts tend to be more energetic, sociable, and engaged with the outside world. One could thus see how they might more readily juggle multiple relationships than a lower energy introvert.

Openness, also called “openness to experience,” is another Big Five domain. Research has found that openness correlates rather nicely with the Myers-Briggs intuition (N) preference.

Persons high in openness / intuition are curious, imaginative, and reflective. They tend to be open to unconventional ideas, values and lifestyles, which may include non-monogamous relationships and sexual practices. It almost seems obvious that a hefty dose of openness is a necessary prerequisite for exploring unconventional relationships, especially in more conservative cultures like the U.S.

That being said, it’s also the case that intuitives may be more preoccupied with creative or intellectual matters than sexual ones. This might serve to nullify some of the predicted effects of openness on relationships or sexuality, at least for certain periods of their lives.

Another Big Five factor, agreeableness, entails characteristics such as trust, altruism, compliance, and modesty. This factor positively correlates with the Myers-Briggs feeling (F) preference and negatively with thinking (T). We know that females, on average, are more agreeable and feeling-oriented than males. It’s therefore unsurprising that low levels of agreeableness correspond to greater interest in and incidence of infidelity, as discussed in Todd Shackelford and colleagues’ study, Personality, Marital Satisfaction, and Probability of Marital Infidelity.

In addition to infidelity, we might also expect thinkers to show more interest in open relationships. Returning to the Moors paper we cited earlier, the researchers found that individuals with an avoidant attachment style (typically strong thinking types) claim to desire consensual non-monogamy in theory, but they are actually less likely to participate in such relationships. Instead, it was less avoidant individuals who forged non-monogamous arrangements. The researchers surmised that the social and emotional skills associated with a secure attachment style are required to effectively maintain multiple romantic relationships.

Conscientious individuals are reliable, responsible, deliberate and self-disciplined. To some extent, conscientiousness correlates with the Myers-Briggs judging (J) preference. There’s also a sense in which conscientious persons are more principled and do a better job adhering to their principles than those with less conscientiousness.

Shackelford and colleagues, whose study I mentioned earlier, suggest that low conscientiousness is related to impulsivity and an inability to delay gratification, which they consider “robust predictors of infidelity.” While that may be true, there’s no reason to believe that infidelity always takes the form of an impulsive act of passion. It seems to me that infidelity (or openness to infidelity) could just as easily be premeditated. In other words, if a person deems it morally acceptable (or at least not forbidden), there will be less resistance when an opportunity presents itself. In such cases, it’s likely low agreeableness, perhaps in combination with higher openness, that proves determinative.

By way of summary, research suggests that Myers-Briggs thinkers (T)—especially NTPs (i.e., ENTP, INTP)—tend to be the most conceptually open to infidelity and open relationships. However, extraverts seem more likely to act on such interests.

Because NFP types (i.e., ENFP, INFP) are typically more agreeable, they are probably less open to infidelity. However, they may be just as interested as NTPs in open relationships—which don’t require deceiving one’s partner—and may be the most open of all types to polyamory. Again, we’d expect extraverts to more readily put these ideas into practice than their introverted counterparts.

In conclusion, the intuitive (N) perceiving (P) personality types, generally considered the most open and explorative of the types, seem most open to non-monogamous relationships. They may also struggle with relational commitment, which I discuss at length in my post, INFP, INTP, ENFP & ENTP Concerns about Commitment in Relationships. 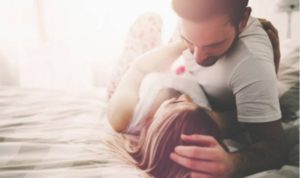