I haven’t written much about myself on Personality Junkie, at least not directly. But I have experienced some significant changes over the last few years that you may find interesting or helpful.

Besides growing a little older (I’m now 38) and adding a few grey hairs to my collection, I’ve experienced two primary shifts worth mentioning. The first involved realizing how much my ego / inferior function was serving as a prominent motivator of my ambitions, achievements, and other actions. The second, to which I’ll devote more space and attention in this post, has to do with the changes associated with “finding myself.”

In saying that I’ve found myself, I’m not necessarily claiming that I’ve found myself now and forever. After all, new phases of life often demand that we reexamine or reinvent who we are and what we believe. For me, such reexaminations often follow the completion of a big project (e.g. finishing a book), as the “What should I do next?” question invokes me to revisit the “Who am I?” question.

With all that being said, the unexpected success of Personality Junkie, as well as my seeming inability to get consistently jazzed about anything else, tells me that this is where I belong; at least for now.

The realization that I’ve found myself, which for me as an INTP more or less equates to finding my life’s work (i.e., writing / blogging), has a strange quality to it. I imagine it’s similar to what anyone might experience when he or she finally achieves (or stops chasing) a long-imagined goal. It engenders what amounts to a diminishment of libido, or what a layperson might call a “let down.” It’s like an avid climber who, after finally conquering Mount Everest, is overcome by a peculiar sense of melancholy when she considers the question: “Now what?” 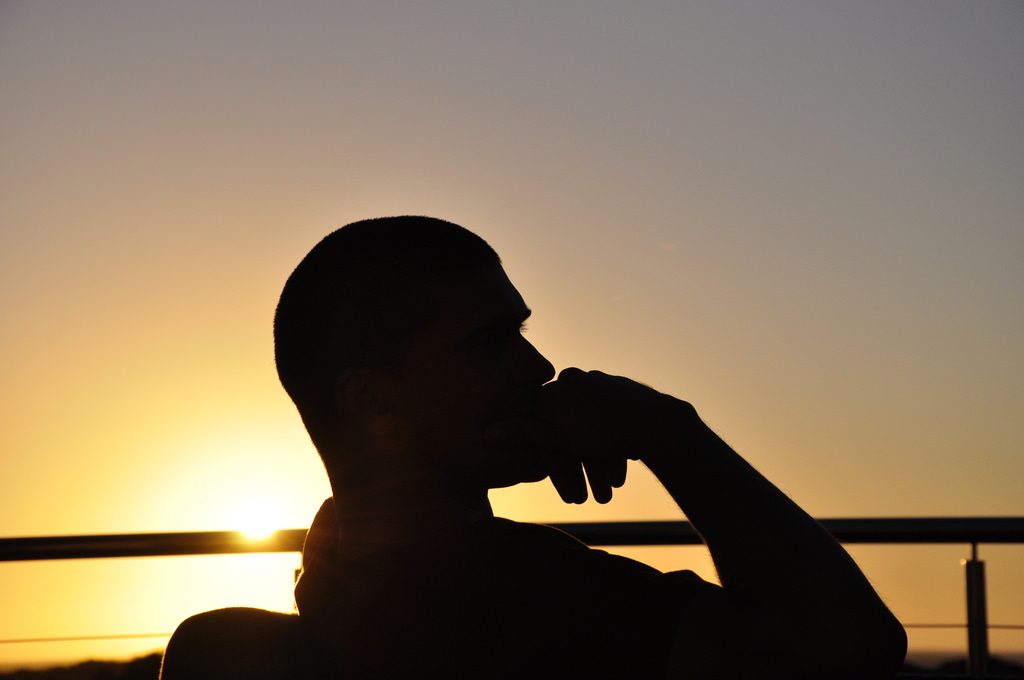 As I mentioned earlier, finding myself has more or less coincided with my enlightenment regarding the wiles of my ego, amounting to a sort of developmental “double whammy.” Seemingly overnight, I was no longer seeking myself nor striving to indulge my ego. And after spending some 30 years in hot pursuit of these things, it can be a bit of a shock to the system. It’s as though I was an avid seeker one day and a knowing adult the next. At times I have even wondered if pre-enlightenment (i.e., Phase II of type development), along with its attendant sense of intensity (and anxiety), might not be a more favorable state. What, after all, is a dog to do after finally catching its tail?

Part of the challenge is finding the wisdom required to transition from being a restless self-seeker to whatever comes after that. Our society has no small number of seekers, not to mention plenty of non-seekers acting unthinkingly. But identifying genuine seekers who finally found themselves and continued to thrive afterwards seems harder to do. Think of the many musicians, actors, and athletes, who, after reaching the pinnacle of fame and success, have fallen prey to depression or various addictions.

True seekers are good at seeking. We’re actually better than good—we’re specialists. The problem is we tend to lose motivation once we find whatever it is we’re looking for. In some respects, this can feel like a “damned if you do, damned if you don’t” sort of existence. Seeking can be frustrating and exhausting, but finding is rarely easy either.

The Problem of Freedom

With my days no longer fueled by dreams of self-discovery or feverish ambition, I seem to have a great deal more freedom at my disposal. When we experience and submit ourselves to powerful drives and impulses, we are really not in control of ourselves. We are more like puppets of the subconscious. Once we realize this is happening and decide to stop it, our choices expand because we are no longer acting out of compulsion. While most people would tend to view this increased freedom as a blessing, it largely depends on whether you know what to do with it. I’m reminded of stories I’ve heard about prisoners released from long-term jail sentences. While all inmates dream and fantasize about their day of freedom, once it actually happens, many are ill-equipped to handle it. Some even report wanting to return to their life behind bars.

For solutions to what I’ll call the “problem of freedom,” I’m convinced we have little choice but to make and live-out conscious choices. This is one of the main themes running through the writings of existentialist philosophers such as Kierkegaard, Nietzsche, and Camus. These thinkers believed that, in the face of existential freedom, we must choose and act in accord with our conscious values and principles.

The difficulty for self-seekers is that many seem to value self-discovery above anything else. So once that desire is quenched, they may experience a deep sense of emptiness and aimlessness. I imagine many people, self-seekers or not, experience something similar after marrying. After years of intensive searching for one’s ideal mate, committing to marriage may precipitate a serious let down. Indeed, the notion of “settling down” not only reflects the end of the search, but also a settling of the highs associated with the mating game. The same thing can happen with our careers or any other major goal for that matter. The point is that seekers seem to thrive on a sense of anticipation and can therefore struggle when that feeling is gone.

So what is the self-discovered seeker to do? As you may have guessed, there are other ways of seeking beyond seeking oneself. There are, in theory, endless avenues for the seeker to explore, although these paths may feel less urgent or less important than that of self-discovery. Regardless, seekers must find ways to seek and find enjoyment within the context of their chosen vocation (or relationship). They must draw on their creativity and inventiveness to fashion a life that provides plenty of opportunities to explore and create.

A wonderful self-seeker success story (excessive alliteration unintended) is that of William James (undoubtedly an NP type). James struggled with severe depression and other mental health concerns early in life. He agonized over his identity and vocational direction. But he eventually managed to work through it and became one of the greatest philosopher-scientists of his age. James attributed much of his success to the development of certain habits that helped him effectively focus and apply his creative and intellectual talents.

I personally struggle most with the problem of freedom when I’m experiencing writer’s block or feel ambivalent regarding my next project. In such moments, I can feel lost and aimless. Perhaps more than anything else, I have always craved direction. Without some semblance of direction, freedom can feel like a curse because it amplifies feelings of aimlessness. But knowing that these moments of uncertainty are unavoidable, I have come to rely on certain activities to help me bide time, steer clear of depressive ruts, and even spark new ideas. Currently, these include yoga, meditation, reading, walking, jogging, cycling (like other NPs, I especially enjoy bicycle commuting), sleeping, and long conversations with friends and colleagues. I also try to make it a practice to sit down to write, even when I don’t really feel like it. As with anything else, sometimes simply going through the motions can lead to a breakthrough, sort of like warming up stiff joints. Although some days are still challenging, I have come to appreciate the value of willingly partaking in a variety of activities, especially when I feel lost or stuck.

You can learn more about INTPs’ existential challenges (and potential solutions) in my latest book: