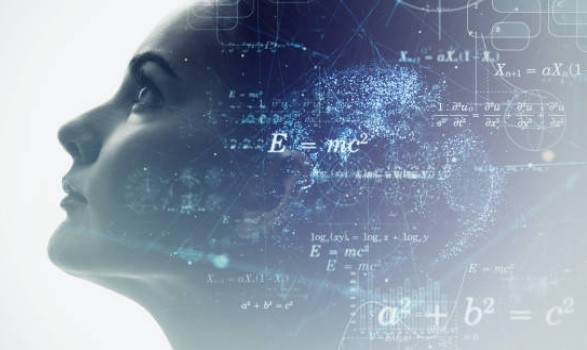 In moments of self-reflection I’ve occasionally considered whether, at my core, I’m more of a creator or an expert, as well as which of these two roles is most inspiring. I was therefore fortunate to stumble upon a book called The Psychology of Abilities, Competencies and Experience which addresses this very issue. In this post, we will explore a chapter of the book entitled “Expertise, Competence and Creative Ability” by Dean Keith Simonton.

The Case of Einstein

Early in the chapter, Simonton poses the question of whether Einstein was more of a creator or expert. If we were to survey the general public, I suspect that most people, without hesitation, would attest that Einstein was an expert. After all, only an expert could have made such earth-shattering theoretical breakthroughs.

Simonton points out, however, that Einstein was “not fully proficient or fluent in those areas of physics wherein he should have been the world’s greatest expert.” We know, for instance, that Einstein heavily relied on his colleague Marcel Grossman to assist with the high-level mathematics required to flesh-out his theories. Simonton also reminds us that Einstein effectively squandered much of his later career by pursuing a unified field theory which held little promise of proving true.

All told, Einstein was less of an expert than we’d expect from the world’s most recognized physicist. Although curiously unmentioned by Simonton, Einstein’s famous “imagination is more important than knowledge” quip suggests that he himself valued his creativity at least as much as his expertise.

Einstein’s example sets the tone for the remainder of Simonton’s chapter, and will do the same for us in this post, inviting us to rethink our assumptions about the relationship between creativity, ability and expertise.

Without some measure of baseline skill or knowledge, significant creative achievements are rare. So even if Einstein wasn’t the most knowledgeable physicist of his time, he clearly knew enough to be dangerous. Indeed, when it comes to creative excellence, a considerable amount of preparation is typically required.

Take musical composers, for example. Simonton draws on a large body of research demonstrating that composers rarely launch their careers with a creative masterpiece. On average, their first notable productions emerge around 20 years after taking their first lessons.

But here’s an important caveat: While most composers train for decades before creating a masterpiece, others manage to do so far earlier. And this happens not only in music, but in other creative domains as well.

So what accounts for these discrepancies?

One possibility, according to Simonton, is precocious ability. The idea here is that great creators are endowed with exceptional talent that accelerates their learning and allows them to achieve mastery in a much shorter period of time. In Simonton’s words, they “achieve more with less.”

A second and perhaps more interesting explanation is that personality differences prompt some individuals to start creating earlier than their peers. Simonton suggests that “early creators” may exhibit shorter preparation periods not because of accelerated learning, but as a result of their desire to create, even prior to mastering everything in their field. Put differently, their desire for creativity trumps their need for comprehensive domain expertise. To this Simonton adds:

Unlike experts who strive to master everything known so far, creators wish to venture into the unknown, to ask new questions rather than learn old answers.

Simonton then cites research indicating that early creators exhibit significant personality differences vis-à-vis experts. These include a stronger propensity for:

Translated to Myers-Briggs parlance, this suggests that introverted (I) and intuitive (N) types (i.e., INFJ, INFP, INTJ, INTP) may be most compelled to function as early creators. That said, most of the research I’ve reviewed suggests that introverts aren’t, on the whole, any more creative than extraverts, so I’m tempted to dispute Simonton’s inclusion of introversion. It’s possible, however, that in marching to the beat of their own drummer, introverts are somewhat more willing to deviate from standard procedures and start creating sooner than their extraverted counterparts.

The Benefits of Creative “Cross-Training”

Simonton also highlights the fact that highly creative individuals tend to have broader interests than their less creative colleagues. Personality wise, we know this is common among intuitive types, especially ENFPs and ENTPs. He further suggests that this versatility of interests, or what he calls “cross-training,” may spark and drive creative production. In addition, “over-training” in one area may end up hindering rather than aiding creative output.

For example, a study of opera composers found that creative success increased once a threshold level of experience was reached. At some point, however, the success-experience correlation turned negative, and creative effectiveness began to diminish. Simonton notes that this decline was especially prominent in more specialized areas of operatic expertise, and that over-training was the likely culprit.

Simonton therefore reckons that cross-training may buffer against creative declines over time. Composers who alternate between symphonic and chamber music, for instance, have showed greater creative staying power. Same goes for scientists. Those exhibiting lifelong productivity are typically involved in multiple research areas. According to Simonton, creative “cross-talk” between projects can spawn scientific advances, as one project yields unexpected insights for another.

Success to Failure Ratio (It’s Not What You Think)

Most people assume that the most successful creators have a near perfect track record, marked by very few flops or failures. Simonton offers an important corrective to this belief, asserting that this is rarely the case:

The career of a typical creator consists of a chaotic sequence of hits and misses, successes and failures. A universally acclaimed masterpiece might be followed immediately by a widely criticized or ignored attempt…The creators who boast the most successes must also admit the most failures.

This is a very important point for creators to keep in mind. Namely, don’t expect a steady diet of success because you’re apt to be disappointed. Or, to put it more positively: don’t be too dismayed by failures, because they may pave the way for future success.

This reminds me of an excellent biography about writer Colin Wilson called “Beyond the Robot.” To my knowledge, Wilson is one of the most prolific authors in history, penning at least one book (often more) a year for about 50 years. As I read through the biography, I was struck by how many of his books were essentially flops, despite his creative genius. More importantly, I couldn’t help but admire Wilson’s optimism and resilience, his ability to dust himself off and keep writing, even when things looked grim.

Similar to Wilson’s literary track record, W.H. Auden once mused that “the major poet will write more bad poems than the minor.” While this may sound discouraging to our resident perfectionists, I suspect that for most creators, the opposite is true. It’s reassuring to hear that failure is normal, even among the world’s most gifted creators. It appears that creators who take their craft seriously must be willing to risk failure which, in so doing, ironically helps ensure their success.

If you’re looking to better understand your personality and harness your creative potential, be sure to explore our online course, Finding Your Path as INFP, INTP, ENFP or ENTP.