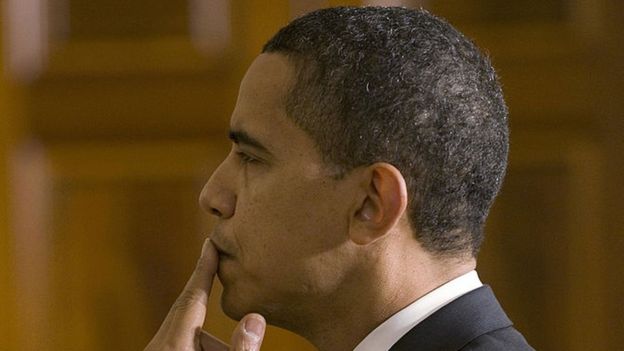 Is Barack Obama an introvert? These days, it’s almost assumed that Presidents, especially in America, are extroverts. This is entirely understandable, considering the fact that successful politicking requires a number of traits we think of as “extraverted.” These include things such as dominance, assertiveness, high energy levels, the ability to think on one’s feet, and some degree of warmth and affability.

I would like to argue that Barack Obama displays a number of introverted qualities, qualities which seem to catch many people off guard. Here are few things I’ve noticed. First, if you’ve ever read his books, such as Audacity of Hope or Dreams from My Father, Obama is a deep and highly self-reflective individual. He was not one of these kids who was raised in wealthy and prestigious circumstances and knew from a young age that he wanted to be president. Although he was very precocious, his mission did not become apparent without a great deal of thought and reflection over the course of his life. Considering his introspective nature, if he wasn’t so darn busy, he’d probably enjoy a good book on personality typing:)

Obama also exudes introversion in his demeanor and stated preferences. He is very measured in his speech, clearly preferring to think before speaking. I also remember reading a story about his love for teleprompters. Though this may be true of most politicians, it would seem a good indicator of introversion, wanting to think through every word prior to delivering a speech. A recent story which gained attention, involving Obama bowing during his trip to Asia, serves a good example, in my view, of his willingness to relinquish the omnipotent Emperor role that some seem to expect from the American President. Personally, I found the bow refreshing, a way of showing good will and a willingness to approach the meeting in an unpretentious, open fashion.

Lastly, Obama has the body type of an introvert. He is primarily an ectomorph, with a mild amount of both endomorphy and mesomorphy. Ectomorphs are long and lean, generally with narrower faces. Though body type and personality type are not always congruent, it nonetheless serves as another check in the introverted column for Obama.

“Face” Thyself: How Your Body Reveals Your Personality Type