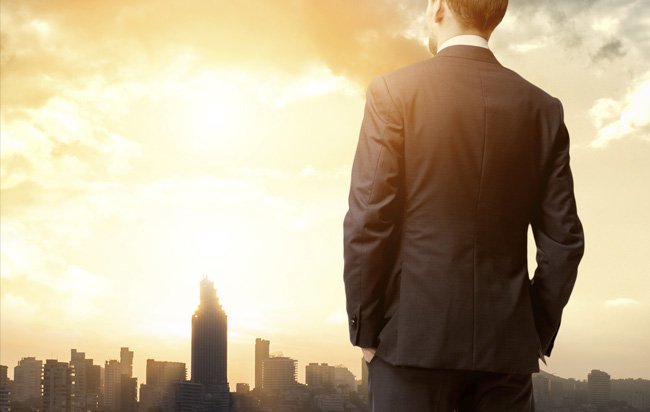 Introverts are known for their inwardness. Jung characterized them as having a propensity to direct (“vert”) their attention inwardly (“intro”). According to Jung, this inward focus leads to the development of intensive interests that reflect the nature of the self. Extraverts, by contrast, prefer to direct their attention and energies outwardly, developing interests that reflect and cohere with the world around them.

In my latest book, My True Type, I characterize introverts as seekers of self-knowledge and extraverts as seekers of world-knowledge. As Jung himself was quick to point out, this is not a hard and fast rule, but speaks to general personality patterns or tendencies. After all, there are times when even the shyest of introverts must engage with others, or when the most gregarious of extraverts must pause to reflect on their lives.

Although Jung seemed to reject the idea an introvert can somehow morph into an extrovert (or vice-versa), he did believe that time and growth are likely to produce a balancing of the personality which he called individuation. Especially in the earlier stages of life, introverts feel they must look inward before looking outward, with the reverse being true for extroverts. But as time goes on, Jung suggests that each type will gradually become more open to and confident with switching their direction of focus. While this basic principle is surprisingly helpful for understanding the overall life trajectories of introverts and extraverts, in this post, we will focus primarily on its implications for the careers of introverts and extraverts.

Introverts rely on their self-concept as a sort of roadmap for discerning their career path. The “do what you are” dictum is a characteristically introverted idea. Consequently, many introverts feel compelled to seek a deeper understanding of themselves before making big decisions about their careers or college majors. They feel it is only through understanding themselves that they can discover what they have to offer the world.1

In using the self as a template for action, introverts can be viewed as more independent-minded than extraverts, trusting themselves more than they trust the world. Introverts also tend to be more concerned with the notion of authenticity. For them, this means identifying and holding firm to their own preferences and convictions, even amidst external pressures to do otherwise. They are wary of “selling out” or “selling their soul” for the sake of conformity or convention.2

Unfortunately, what we might call introverts’ “self-knowledge project” often takes longer to complete than anticipated. Clearly defining the self and formulating a clear career path can at times feel like shooting at a moving target. This can produce mounting frustration, as introverts eventually feel forced to make choices or settle for certain jobs before they feel authentically ready. They then experience a sort of divided life comprised of their “day job,” on the one hand, and their “true passions,” on the other. While this scenario is terribly common and often unavoidable, it is still off-putting to introverts who want their inner (read: true) self to be accurately reflected outwardly, where it can be seen and validated by others. Without external validation, introverts may feel incomplete due to inadequate reconciliation of their introverted and extraverted selves.

Since it can take years, perhaps decades, for introverts to find a satisfying external expression of their inner self and personal talents, those who finally achieve it may experience a sense of shock or disorientation. I personally know several introverted writers who, after many years of using writing as a lens for self-discovery and self-expression, reached a point of satisfaction; they had explored what they had to explore, and said what they needed to say. While satisfying at one level, it ultimately engendered a need for self-reinvention.

Among other things, introverts’ course of reinvention may include greater openness to extraverted activities, such as devoting more time to marketing their work, connecting with others, etc. Since they can be so consumed with following and developing their own interests in the first half of life, many fail to reap well-deserved financial or social rewards. So for some, a greater focus on promoting their work may seem a natural way of balancing the scales, ensuring they are adequately recognized or compensated for their efforts.

With that said, it is neither easy nor advisable for introverts to put the extraverted cart before the introverted horse. However unfair it may seem when extraverts enjoy rapid success, introverts’ inner need for authenticity tends to keep them on their own slow course, hoping that someday they will be justly rewarded.

Unfortunately, others often fail to understand the introvert’s need for authenticity. This may inspire them to pressure the introvert to take the quicker or pre-established route to status or financial success (“You should just go to medical school like your father!”). This of course only worsens matters, leading introverts to feel more alone, isolated, and misunderstood.

While introverts look inward and use the self as the blueprint for their career path, extraverts look to the world for inspiration and direction. They are naturally more concerned with fitting in or keeping pace with what others are doing. Hence, authenticity can mean something entirely different for extraverts than it does for their introverted counterparts. Namely, extraverted authenticity involves consistently engaging with and responding to the outside world.3 We might even say that extraverts are happiest when they “lose themselves” in external affairs.

Extraverts’ outer focus often proves beneficial when it comes to achieving quick career “success.” One reason for this is success is commonly defined in extraverted terms. Namely, both success and extraversion are thought to involve external growth and expansion—more money, more fame, more status, more opportunities, etc. These things have little to do with introverted strengths, such as self-awareness or depth of understanding. Indeed, one could even argue that self-awareness contributes to self-consciousness, which could feasibly curtail worldly success.

The seemingly effortless way in which extraverts achieve success can be downright infuriating to introverts, who may characterize extraverts as “all shine and no substance.” Extraverts may retort by claiming that “the numbers don’t lie, “the market determines value,” or “we’re giving people what they want.” In other words, introverts and extraverts fail to agree upon what constitutes real value. Is value signified by depth, nuance, and complexity (introverted value) or by breadth, accessibility, and popular appeal (extraverted value)?4, 5

The truth is that introverts furtively envy the popularity of extraverts, while also failing to see that depth, in many respects, precludes breadth. If this were not the case, then we could all be experts at everything. Extraverts, on the other hand, may secretly envy the depth, self-awareness, and independence of the introvert. These traits, after all, are what they seek (even unwittingly) as they move toward the second half of life. Having satisfied their need for worldly success, extraverts can discover that peering inward opens up a whole new world of riches to be explored.

To learn more about introverts and extraverts, be sure to explore our books: