The fact that the INFP and INFJ (as well as the INTP and INTJ) have no functions in common means that they don’t merely differ in degree (e.g., “He is a bit more “J” than I am.”) but in kind; they are qualitatively distinct. So while INFPs and INFJs may display some similarities as “Idealists,” or INTPs and INTJs as “Rationals,” they are really more different than folks like David Keirsey are willing to admit. As we will see, in many ways, IPs (i.e., INTP, INFP, ISTP, ISFP) are more like Judgers and IJs (i.e., INTJ, INFJ, ISTJ, ISFJ) are more like Perceivers. IPs’ inner world mirrors how EJs present outwardly, while IJs’ inner world resembles the outer presentation of EPs.

As discussed in my recent book, My True Type, the Judging and Perceiving dimension is probably the most confusing and misunderstood of the Myers-Briggs dichotomies. Jung himself did not use a J-P indicator for describing the types. The J-P indicator (i.e., the last letter of the four-letter type designation) was added by Myers and Briggs as a sort of short-hand way of labeling the types. Unfortunately, many people are unaware of this and take the J-P label to mean something it does not. In actuality, the J-P label merely describes whether the first extraverted function in a given type’s functional stack is a Judging function (either Te or Fe) or a Perceiving function (either Ne or Se). 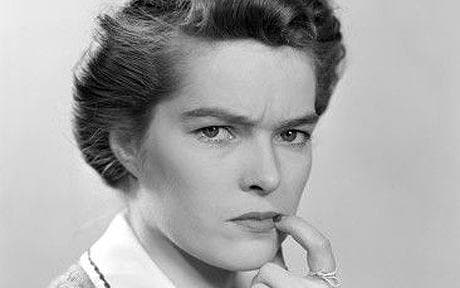 The J-P labeling system actually works fine for Extraverts, since their first extraverted function is also their dominant function. Hence, there is no confusion, for instance, in calling an ENFP a Perceiver or an ENTJ a Judger. This very accurately describes the dominant mode of operation for these types.

For introverted types, however, the J-P label can be a source of great confusion and misunderstanding. This is due to the fact that introverts’ first extraverted function is their auxiliary rather than their dominant function. Because of this, the J-P designation of IPs and IJs fails to describe their dominant mode of functioning. Namely, IPs’ preferred and dominant mode of functioning is Judging (Fi or Ti) and IJs’ is Perceiving (Si or Ni). This is why IPs commonly mistype themselves as IJs and vice-versa. To summarize:

Extraverts: Since their first extraverted function is also their dominant function, the J-P label aptly describes their dominant mode of functioning.

Introverts: Since their first extraverted function is their auxiliary function, the J-P label belies their dominant mode of functioning.

To better understand these Judging-Perceiving issues, consider the following discussion of the J-P characteristics of the various types:

EPs might be considered the “purest” Perceivers of all the Myers-Briggs types. Not only do they display Perceiving in their outer behavior and demeanor (e.g., open, adaptable, receptive), but their dominant function (Ne or Se) is also a Perceiving function.

EJs might be considered the “purest” Judging types. Not only do they display Judging in their outer behavior and demeanor (e.g., assertive, intentional, directive, opinionated), but their dominant function (Te or Fe) is also a Judging function.

IPs are a mix of J-P characteristics. Since their dominant function is a Judging function (Ti or Fi), they are inner Judgers. IPs are far more serious inwardly than they appear outwardly. Rather than remaining open to new information like healthy EPs, they feel driven to move toward closure and to have things settled in their minds like EJs. They want to hammer down what they believe in order to have a platform from which to make important decisions about their lives. When their beliefs shaken into state of uncertainty, IPs tend to feel unsettled, aimless, and anxious. This anxiety prompts them to avidly locate answers so they can return to a point of comfortable closure and intentional action.

IPs are also like EJs in that they tend to think in terms of what they should be doing. They like to set goals for themselves (especially INPs), even if they rarely end up sticking to them. They tend to approach life with an agenda or a certain set of expectations. Upon waking, they consciously work to determine what they want to/should do and then initiate the process. At least when it comes to initiating tasks, IPs are as disciplined as any EJ.

It is only after starting a task that IPs can get sidetracked and start looking more like EPs. This is understandable when we examine IPs’ functional stack. They start off with a judgment (Fi or Ti), which impels them to begin work on a task. Once started, however, the next function in their stack is a Perceiving function (Ne or Se), which may lead them to get distracted or sidetracked, even to the point of losing sight of their original purpose (this is why IPs are sometimes said to lack follow-through or staying power.). This can be frustrating for IPs, since the endpoint or “goal” of their functional stack (i.e., their inferior function) is to reach a state of judgment or closure (Fe or Te). This helps to explain why IPs may at times be sloppy or careless in their work, since they are driven by a desire for closure. It also explains why IPs may resist being interrupted in the middle of a project, fearing this could hinder them from reaching a conclusion or endpoint. And since IPs like to be in control of both starting and finishing what their projects, they cannot rightly be considered spontaneous in the way that EPs are, at least not with respect to responding to other people. Just as EJs are sometimes viewed as outer control freaks, IPs have their own inner control freak. We might summarize IPs’ process in the following way:

Visually, this process resembles a diamond. IPs start with a specific objective (Ti or Fi), diverge outwardly (Se or Ne), then work to reign in this expansion and bring it toward a point of closure (Fe or Te). A similar process would be seen among EJ types. Also note that the above process is the optimal way for IPs to function. In many cases, they can be in such a hurry to reach closure that they essentially forgo the P process between their two J endpoints. Elaine Schallock has dubbed this “jumping the (functional) stack.”

Like EJs, IPs can also be prone to labeling many Perceiving activities “a waste of time.” This may lead them to consider IJs or EPs as lazy and unproductive. But at some level, IPs, especially when faced with an overwhelming mental “to-do” list, may envy IJs’ and EPs’ ability to just relax and Perceive. Some IPs simply don’t know how to relax or “do nothing.” Their minds are constantly thinking ahead to what they could do next.

In sum, IPs prefer inner closure because it allows them to act with a sense of conviction and intentionality. At times, however, this can lead them to prematurely truncate Perceiving, which can lead to errors in judgment; they are willing to risk some degree of accuracy for the sake of swift closure. This is consistent with the notion of Judging types “jumping to conclusions.”

IJs are also a mix of J-P characteristics. Outwardly, they look like Judgers. They can be assertive and opinionated, even resembling EJ types. But since their dominant function is a Perceiving function (Ni or Si), they are inner Perceivers. Indeed, they are dominant Perceivers. So in reality, IJs are far less serious, closed, or judgmental than they may appear outwardly.

While IPs are inwardly controlling, IJs inner world is characterized by openness and allowing. Assuming they are not coerced by outside obligations, IJs are not inclined to impose rules or agendas on themselves. Unlike IPs, who start the day with a Judging mindset (Ti or Fi), IJs prefer a more leisurely and perceptive approach (Ni or Si), allowing their Judging process (Fe or Te) emerge organically or spontaneously rather than intentionally. Therefore, when it comes to initiating the Judging process, IJs may procrastinate as long as EPs.

Once their Judging process is initiated, however, IJs begin to look more like Judging types. They may, for instance, suddenly feel compelled to write a blog post, compose a song, or solve a problem. While IPs’ transition from their dominant to auxiliary function is one of increasing divergence, IJs’ more toward greater convergence (Te or Fe). But unlike IPs, who prefer to finish with closure, IJs hope to end in a state of openness (Se or Ne). Visually, IJs’ process resembles an hourglass moving from openness (P) to closure (J) and back to openness (P). We might summarize IJs’ process in the following way:

Like EPs, IJs may struggle when it comes to starting tasks or projects. Just as it is difficult for IPs and EJs to artificially initiate Perceiving, it can be hard for IJs and EPs to intentionally jumpstart their Judging process. IJs and EPs commonly experience “dry spells,” periods where they lack the motivation or inspiration to start work on a creative project. For this reason, they may at times envy IPs’ and EJs’ ability to actively initiate their work. While IJs and EPs love to Perceive, there are times when they would love to get something done but end up feeling frustrated because of insufficient motivation to engage their Judging process.

One of the strengths of the IJ approach, however, is its concern for accuracy. Since they don’t experience the same need for closure as IPs do, they are less apt to inwardly jump to conclusions. They prioritize accuracy more than promptness, quality over quantity. In fact, their penchant for accuracy is a chief contributor to their propensity for perfectionism. Perfectionism can compromise IJs’ ability to finish their work in a timely fashion; this is especially true when engaging in creative work. Since IJs can struggle with both starting and finishing projects, it can be all too easy for them to cling to a state of perpetual Perceiving, even if envying types who seem to be “accomplishing” more.

To learn more about personality theory and the 16 types, be sure to explore our books:

Unsure if You’re an INP or an INJ?