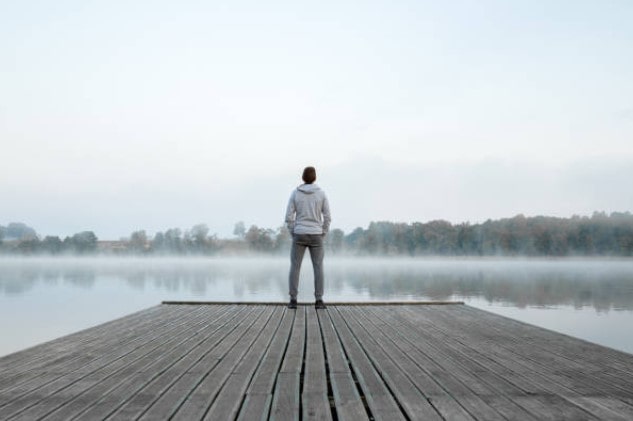 Without question, there are fundamental INTJ – INTP personality differences that shouldn’t be overlooked or brushed over. But we also can’t dismiss the myriad similarities between these two types. Despite employing different cognitive functions, their Introversion, in combination with Thinking (T) and Intuition (N), contributes to substantial overlaps in their behavior as well as the overall direction of their personality development.

INTPs and INTJs (“INTs” for short) typically exhibit a pronounced intellectual bent. In psychological parlance, they show high levels of “typical intellectual engagement” (TIE) and “need for cognition” (NFC). This may include a penchant for armchair philosophizing, intense intellectual discussions, wrestling with complex intellectual problems, and actively seeking out new knowledge.

But as INTs go further down the cerebral rabbit hole, they increasingly emphasize and identify with their intellect at the expense of everything else. Keeping raw experience and instinct at arm’s length, they become exceedingly conceptual and calculating. Thus their reputation for appearing a bit stiff or mechanical in their dealings with others.

One of the more interesting frameworks of human psychology is the Cognitive Experiential Self Theory (CEST), which posits two primary modes of cognition: rational and experiential. If it’s true that INTs are predominantly “rational” operators, then the suppressed side of their personality might well be conceived as “experiential.”

Similarly, Jungian theory espouses that INTs’ Sensing (S) and Feeling (F) functions are apt to be underdeveloped. By habitually viewing life through a conceptual (NT) lens, INTs may downplay or neglect the sensory, physical, and emotional aspects of life. Occasionally, they may find themselves envying types like the ESFP who engage with life in a more experiential and instinctual fashion.

The essential problem for INTs, if you’ll allow me to frame it as such, is they spend too much time in their own heads. While this certainly promotes cognitive and intellectual development, it’s not without side effects, namely, the atrophy of other parts of their personality. It can also engender a sense of isolation and disconnectedness from the body, emotions, other people, and the concrete world.

Just to be clear, I’m not suggesting that INTs completely forsake their rational nature in favor of SF experience. We’re not dealing with an either-or question here. The truth is that operating exclusively in SF mode would do nothing but create a perceived deficit of NT for these types.

There’s also a developmental component to consider. Namely, INTs may need to find career success or otherwise exhaust their rational ambitions before turning their sights to other forms of personal growth. They must establish a path and identity (i.e., self-definition) before feeling ready to let go and explore other parts of themselves (i.e., self -expansion). Broadly speaking, personality development assumes an hourglass shape. In childhood, our personality can be viewed as broad insofar as it’s amorphous and undefined. As the dominant function emerges and we enter adulthood, our personality converges to accommodate a specific identity and set of roles. Finally, as we approach mid-life, the urge for self-expansion begins to surface, prompting a relaxation and broadening of the self.

There are numerous activities that can help INTP and INTJ types expand beyond their typical cerebralism. Here are some examples:

All of these activities prompt a relaxing of the intellectual faculties, opening the door to greater immersion in, and appreciation for, sensory and affective experiences.

In his classic work, Psychological Types, Carl Jung takes an in-depth look at the German poet-philosopher, Friedrich Schiller, whom Jung casts as an INT type. In particular, Jung focuses on Schiller’s struggle to reconcile his thinking (NT) self with his sensuous (S) and feeling (F) side.

Schiller believed that an individual should establish and maintain a consistent self-concept and worldview (INT), irrespective of changing feelings and circumstances (ESF):

To remain constantly himself throughout all change, to turn every perception into…the unity of knowledge, and to make each of his manifestations in time a law for all time, that is the rule which is prescribed for him by his rational nature…Man conceived in his perfection would accordingly be the constant unity which amidst the tides of change remains eternally the same.

Schiller proceeds to describe sensation as “merely filled time,” suggesting that “personality is extinguished so long as sensation rules.” Assuming that other INTs have a similar view of sensation, the activities I listed above might feel threatening to those concerned about losing themselves (i.e., their conceived identity and sense of rational control) in the world of raw sensation or feeling.

While Schiller is clearly inclined to subordinate the chaotic world of feelings and sensations to the governing power of fixed rational concepts, he eventually stumbles onto a rather serious problem with this approach:

There is really no means of preserving the unity in man except by the absolute subordination of the sensuous instinct to the rational. But the only result is mere uniformity, not harmony, and man still remains forever divided.

Here Schiller highlights a key concern for INTs: How does one maintain rational consistency while at the same time remaining open to the messy world of feelings and sensations? Schiller realizes that rational consistency comes with a cost, namely, psychological division and dissatisfaction.

In seeking a solution to this problem, Schiller, in true INT fashion, begins by framing the issue conceptually:

Schiller then combines these two “instincts” under the concept of “living form,” which serves as a provisional synthesis of the sensuous and formal. He describes living form as “all aesthetic qualities of phenomena… what we call beauty in the widest sense.” He goes on to propose a third instinct—the play instinct. According to Jung, if play were to serve as a mediating function between the sensual and formal, it should bear “no resemblance to the two opposing functions, but stand between them and do justice to both their natures.”

Jung also notes that play might serve as a counterbalance to Schiller’s characteristic seriousness. On the whole, I think it’s fair to say that INTs, as rational types, tend to be rather serious folks. They take seriously the quest for truth and aim to subject themselves to rational principles. Many also exhibit a strong work ethic and orientation. I therefore agree with Schiller and Jung that cultivating a playful spirit is certainly part of the solution for INTs. Indeed, many of the personality-balancing activities I mentioned earlier—games, sports, art, entertainment, etc.—are best approached with a playful attitude. Again, I’m not proposing a complete abrogation of seriousness. Ideally, INTs would be capable of shifting between playfulness and seriousness in accordance with the situation.

So how can INTs do a better job of shifting their attitude and avoid getting locked into a single mode of operating?

According to Jung, the solution involves a withdrawal of libido (i.e., energy) from whatever function is being used, allowing the libido to flow back into the subconscious. The subconscious can then reallocate that energy in a manner most conducive to both the inner and outer circumstance. Jung sometimes refers to this process as the “transcendent function,” which he saw as overseeing the health and balance of the psyche.

For INTs, this process requires a willingness and ability to detach from the intellect and its constructs. This can be accomplished inwardly through practices like meditation—which promote detachment from rational thought—or outwardly through activities like exercise, games, or physical work. Temporarily withdrawing energy from the intellect affords the subconscious an opportunity to redistribute it in a more optimal manner. By periodically hitting the pause button on the intellect, INTs help ensure that they are not just masters of “form,” but also remain connected to the unique contents of “life” by way of their S and F functions.

Learn More about INT Types in Our Books

Learn more about INTPs and INTJs—their personality, cognition, life struggles, and much more—in our books:

Unsure if You’re an INTP or INTJ?