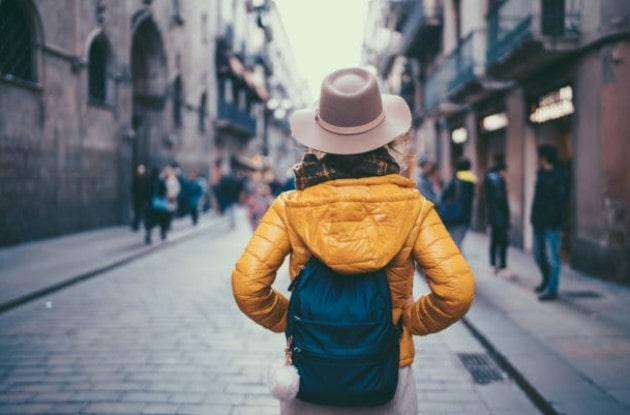 The ENFP personality type is quirky, curious, creative, and idealistic. As one of the most open-minded types, ENFPs bring an experimental and explorative attitude to their life and work. Enticed by new ideas, cultures, and possibilities, ENFPs enjoy traveling and can be reluctant to stay in one place too long. The ENFP mind is constantly noticing patterns, making associations, and generating new ideas. ENFPs thus tend to make excellent brainstormers, innovators, and artists of all sorts.

Because ENFPs’ interests and curiosities are manifold, many find it difficult to pin down who they are and what they should do with their lives. Many are terrified by the thought of committing to a single career path or relationship, as this threatens their ability to operate in a free and open-ended fashion. Indeed, if ENFPs had it their way, they would get paid to learn and explore rather than disingenuously commit to a single career.

Despite their characteristic openness, ENFPs gradually develop and refine a set of personal beliefs and values that can ultimately serve as the foundation for their sense of self. When combined with their intuitive capacities, these core values can also engender a sense of idealism that guides and informs their life’s purpose. Thus, more seasoned ENFPs are not only open and curious, but are often compelled to function as change agents. This combination of openness and idealism is well explained by their primary personality functions: Extraverted Intuition (Ne) and Introverted Feeling (Fi).

The notion that there are 16 personality types was first put forth by Isabel Myers and Katherine Briggs (i.e., “Myers-Briggs”) in the mid-20th century. Circa 2014, a website called 16 Personalities added another variable into the type equation, appending the letter T or A to each of the types. According to 16 Personalities, the A variable stands for “assertive” and the T for “turbulent.” We will now make some observations and comparisons regarding the “ENFP-T” vs. “ENFP-A” personality type.

If one were to speculate about whether ENFPs are characteristically more assertive or turbulent by nature, a decent case could be made either way. But according to Google search data, approximately 60% test as the ENFP-T personality type, with 40% scoring as the ENFP-A type. The ENFP’s bent toward turbulence can be explained in terms of a couple of personality factors.

Perhaps most significant is ENFPs’ innate curiosity, spontaneity, and love of novelty. As we’ve seen, they love to explore new ideas, connections, and possibilities. As much as any other type, ENFPs are open to changing course should a more interesting or desirable option come their way. While at times earning them criticism for being fickle, indecisive, or distractible (i.e., turbulent), their openness and adaptability are best viewed as important strengths of this type.

Another potential contributor to ENFPs’ turbulence designation is their innate sensitivity. As discussed in my INFP-T vs. INFP-A post, one can discern a close relationship between turbulence and higher levels of sensitivity. Highly sensitive ENFPs exhibit more pronounced responses to both internal and external stimuli, leading to greater fluctuations / turbulence in their moods and emotions. Unfortunately, this may lead others to cast them as moody or emotionally volatile, while failing to recognize the positive aspects of their sensitivity. Namely, higher sensitivity may contribute to enhanced perceptiveness and creativity, allowing ENFPs to see and envision things that other types cannot. So while it can be tempting to view sensitivity / turbulence as less healthy or desirable than assertiveness, a closer look suggests this is not necessarily the case.

The fact that ENFPs are extraverts suggests that they are typically more assertive than their introverted counterparts. Indeed, according to the Big Five personality model, assertiveness is one of the signature features of extraversion. Generally speaking, extraverts are quicker to act, less self-conscious, and socially bolder than introverts.

ENFP-A individuals tend to be more assertive and somewhat less sensitive than those of the ENFP-T persuasion. Not only are they more socially assertive, but more intrepid in general. They aren’t afraid to take risks or tackle new challenges, but actually thrive on doing so, relishing the thrill and excitement that new enterprises can bring to their lives. They are also more apt to assume positions of leadership, calling on their enthusiasm and creative vision to guide and inspire others.

If you want to learn more about ENFPs, you’ve come to the right place. We have written extensively about the intuitive (N) personality types, especially the intuitive (N) perceiving (P) types. We’ve even developed an online course—Finding Your Path as an INFP, INTP, ENFP, ENTP—specifically tailored to these types. If you haven’t already done so, be sure to explore our in-depth ENFP profile.