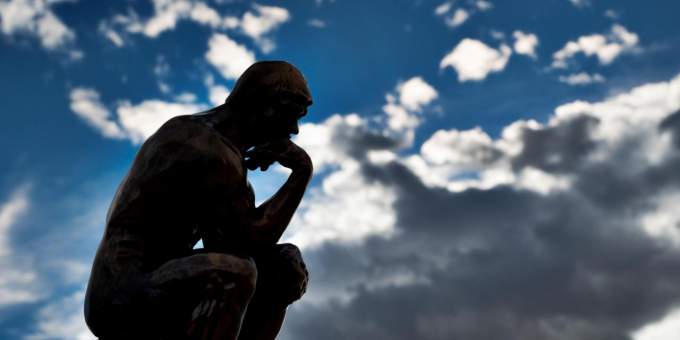 To a certain extent, all the intuitive (N) personality types could be described as mystical. After all, it is intuition that is responsible for seeing patterns, connections, and implications that underlie or extend beyond mere sense data. That being said, we know that sensing (S) types also use intuition as either their tertiary or inferior function. However, they are far less likely than N types to self-describe as mystical. This reluctance may stem from a variety of factors which may include: attenuated powers of intuition, an emphasis on the more practical or tangible (S) elements of life, subscription to taboos advertising the dangers of mysticism, or strong identification with / adherence to traditional religion.

It is also worth noting that not all N types are equally disposed to self-describe as mystical, nor are they all mystical in the same way. Considering the significant differences between Introverted Intuition (Ni) and Extraverted Intuition (Ne), for instance, it is not unreasonable to anticipate different sorts of mystical experiences among the NJ versus NP types. Generally speaking, NPs seem more inclined to self-describe as mystical, with the strongest attestations coming from ENFPs and INFPs. At the other end of the intuitive spectrum are INTJs and especially ENTJs, who often function as critics of mysticism.

Although we could certainly spend more time comparing and contrasting the religious or spiritual propensities of the various personality types, in this post we will confine our attention to a couple types that outsiders might presume to be unlikely mystics—the INTP and ENTP.

In his popular work, Please Understand Me, David Keirsey describes the NT personality types as “Rationals.” Considering their logical propensities, it may seem surprising to learn that NTPs also have a pronounced mystical bent. How is it, after all, that one be both rational and mystical? Perhaps the simplest explanation is to associate NTPs’ rationalism with their Introverted Thinking (Ti) function and their mystical proclivities with their Extraverted Intuition (Ne) function.

As described in my book, My True Type, Ne is keenly attuned to and intrigued by possibilities. In the words of the NP philosopher Soren Kierkegaard, “Pleasure disappoints, possibility never.” In my view, the sense of possibility conveyed by Ne plays a prominent role in NTPs’ mystical sensibility. Inherent in this experience are feelings of intrigue, anticipation, and wonder toward the unknown. This sense of possibility is by no means limited to religious or metaphysical phenomena, but may also emerge in response to more concrete matters such as the prospect of finding their ideal mate or career.

Because NTPs use both Ti and Ne, their response to the unknown can range from rational (Ti) to non-rational (Ne). Ne strives to protect and preserve the mystery of the unknown, including its attendant sense of possibility, intrigue, and inspiration. At the same time, Ti has a strong need to frame and understand things conceptually. Toward this end, NTPs enjoy working with theories and concepts that impose some measure of order and consistency on things. But because they are more than just their Ti, excessive structure or “lifeless” rationality can leave them feeling stifled and dissatisfied, thereby prompting them to return to an attitude of greater openness and mystery.

In many respects, maintaining a sense of mystery is instrumental to NTPs’ psychological health, serving as a wellspring of life-giving energy. As Einstein (INTP) once remarked, “The most beautiful thing we can experience is the mysterious…It is enough for me to contemplate the mystery of conscious life perpetuating itself through all eternity.” As discussed in my book, The INTP Quest, the need for mystery may be particularly salient for INTPs, functioning as a much needed counterweight to the heavy rational hand of their dominant Ti.

To sustain an attitude of mystery toward the universe, NTPs commonly resist theories that explain life or its evolution in terms of pure mechanism / physicalism. As I observed in The INTP Quest, “Viewing the world as a conglomeration of cold, lifeless, and predictable mechanisms is off-putting to both Ne and Fe.” Pure mechanism leaves little room for the sense of mystery that moves and inspires NTPs. As an alternative to physicalism, many NTPs opt to view mind / spirit / consciousness as equally fundamental (or perhaps even more fundamental, e.g., Hegel) to the fabric of reality as matter, thereby augmenting their sense of wonder and mystery.

With that said, the Ti-dominant INTP is typically more insistent that his worldview be thoroughly logical and scrubbed of contradictions and inconsistencies than the ENTP who leads with Ne. This is especially true for INTPs who have not yet explored or integrated their less rational functions (Ne, Si, Fe). While logically clarifying their understanding of self and world can certainly be a fascinating adventure, it can have the unexpected consequence of diminishing their sense of wonder. This invariably evokes a pushback from their other functions which prompts the INTP to rekindle a sense of mystery and possibility. In many respects, this scenario is reversed for the Ne-dominant ENTP, whose path to wholeness involves ceding some measure of playfulness / mysticism (Ne) and learning to become more serious, principled, and rational (Ti).

One of the NTP’s chief aims is to develop a logically plausible, yet interesting and meaningful metaphysical or religious understanding. While some NTPs (especially ENTPs) do so by way of a monotheistic faith tradition (e.g., Christianity), others (especially INTPs) ultimately migrate toward Eastern (e.g., Buddhism) or pantheistic perspectives (e.g., Spinoza, Hegel, Bergson, Einstein).

Pantheists see reality as permeated by an immanent and irreducible mind / spirit / consciousness. While they admit that reality exhibits different properties or attributes, most notably “mind and matter,” they see these as co-foundational features of one and the same fundamental reality. This is aptly expressed in the INTP writer Ken Wilber’s catchphrase—“every outer has inner.” By this he means that all of reality not only has a physical form or appearance (“outer”), but also some sort of “inner” experience (this ubiquity of inner experience is sometimes referred to as “panpsychism” or “panexperientialism”). This view denies the possibility of disembodied deities or spirits, as well as the notion that a physical entity can be completely devoid of experience. Even the most rudimentary structures (e.g., atoms, molecules, etc.) are presumed to possess some measure of inner experience, however meager.

On its face, an NTP monotheist (e.g., Christian, Jew, Muslim) and NTP pantheist may seem to have little in common. After all, the former typically envisions God as possessing a preconceived story or plan for humanity, whereas the latter sees this notion as untenable, preferring instead to see history as a sort of evolutionary dance of mind and matter, or what Henri Bergson called “creative evolution.” However different these two worldviews may seem on the surface, neither is necessarily incompatible with the sense of mystery that NTPs seek to preserve and cultivate.

Conceiving the future as largely open-ended and unforeseeable, pantheism’s status as a mystery-oriented worldview seems fairly evident. On the pantheist view, an individual’s future, not to mention that of humanity in general, is a matter of mystery (although some pantheists instate the pure manifestation of spirit as the goal toward which evolution is advancing, a view we might call “teleological pantheism”). Pantheists may also believe that if they can properly align themselves with the universal spirit that they will ultimately be happier and better human beings, including experiencing the pleasure derived from contemplating the mysteries of this spirit and its creative unfolding.

The ways in which theism is compatible with a mystery-oriented mindset may be less immediately obvious. After all, if one believes that both the past and future were/are mapped out by God and revealed in the scriptures, doesn’t this leave less room for wonder? For personality types (e.g., S types) who prefer a more clear-cut religious worldview, theism, in combination with fundamentalist / literalist interpretations of it, can indeed serve as a highly structured / low mystery worldview. But for NTPs seeking more mystery and openness, there are fortunately a number of alternatives.

I’ve observed, for instance, that many ENTPs end up gravitating toward more orthodox forms of Christianity. While this may seem paradoxical in light of the forward-thinking nature of Ne, it becomes more understandable when viewed as a means by which ENTPs reconcile their dominant Ne with their inferior function, Introverted Sensing (Si). Indeed, for many ENTPs (and ENFPs), contemplating the historic figures, practices, and artifacts of their faith tradition (Si) engenders a deeply satisfying sense of mystery. This is why so many ENTPs enjoy studying history in general, which inspires an almost mystical union of past realities (Si) with future possibilities (Ne).

INTPs may experience a similar sense of inferior-related mystery with matters associated with their Extraverted Feeling (Fe) function. This commonly occurs when contemplating ideals pertaining to universal love, harmony, or consensus of values among peoples. Many INTPs, even Einstein, report what might be described as a mystical sentimentality toward humanity as a whole (Fe), a feeling which augments and interpenetrates their other mystical propensities.

The Lens of Personality Type

A critical upshot of this discussion is that NTPs’ ideational propensities cannot be divorced from their personality type / psychological needs. As William James (ENTP) observed in his book, Pragmatism:

The history of philosophy is, to a great extent, that of a certain clash of human temperaments…Of whatever temperament a philosopher is, he tries, when philosophizing, to sink the fact of his temperament…Yet his temperament really gives him a stronger bias than any of his more strictly objective premises.

While there is undoubtedly a rational component (Ti) to the NTP mind, it rarely proves sufficient in satisfying their non-rational needs (e.g., those pertaining to S, N, and F). While science (Te) offers a sketch of our current understanding of the physical universe, its insight into what many believe to be metaphysical realities—phenomena such as mind, consciousness, meaning, the divine, etc.—is limited. Of course, this is not to say that the two realms don’t intersect or somehow inform each other. The overwhelming evidence for evolution, for instance, cannot be ignored or dismissed by any serious 21st-century thinker. However, once we move beyond elemental scientific facts and into matters requiring more interpretation or speculation, we are bound to encounter greater diversity of opinion, especially among those of dissimilar personalities or cultural backgrounds.

In sharing all of the same personality functions (Ti, Ne, Si, Fe), albeit in a slightly different order, INTPs and ENTPs have a similar set of psychological needs and preferences. While one will certainly encounter differences among individuals of these types, a more discerning eye will find that they are often superficial and in many ways less remarkable than their similarities.

If you’re an NTP type looking to better understand your personality, purpose, and life path, you’ve come to the right place. A.J. Drenth, the founder of this website and fellow INTP, has written extensively about these types, including authoring the the bestselling INTP book worldwide. We’ve also developed an online course, Finding Your Path as an NP Type, designed to help you better understand your personality, life purpose, career path, and much more: