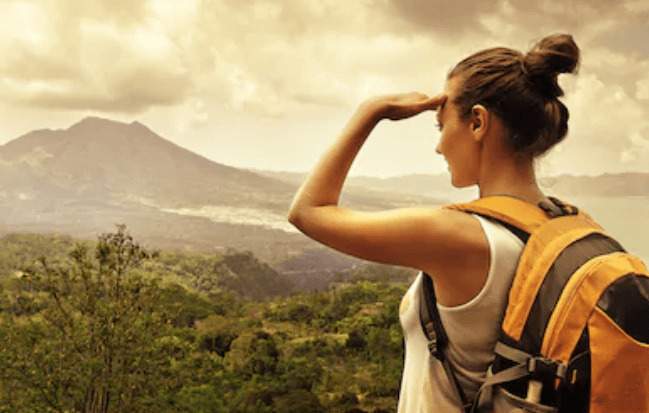 One of my pet peeves regarding self-help advice is its predictable obliviousness to personality differences. If we’re lucky, a self-help article might contain advice targeted specifically to men or women. But in many cases, the guidance is entirely generic, assumed to apply to humanity en masse.

For Sensing (S) personality types, this may be less of a concern. Since Sensors comprise about three-quarters of the population, much of the conventional wisdom is apt to apply to them. For the Intuitive (N) minority, however, this is often not the case. Instead of ringing true, conventional wisdom is often at odds with their values and preferences. Worse yet, it can engender feelings of guilt in Intuitive types, the sense that they’re somehow flawed or unacceptable vis-à-vis everyone else.

Never is this more true than when considering Intuitives’ life path. The conventional path (which admittedly is driven partly by biological concerns) involves mating relatively early in life, typically between the ages of 20 and 35. It also includes selecting and embracing a career that can support oneself and possibly even a family. Simply put, it emphasizes concrete action (S) in both work and relationships in early adulthood. Indeed, some young adults may feel that if they don’t act quickly, they will get left behind, forever exempted from the promises of the American dream.

Again, this usually isn’t a problem for Sensing types, as they are dispositionally more inclined toward action (S) than protracted reflection (N). It’s therefore natural for them to dive headlong into life and to follow the well-worn path of society.

Intuitive types (especially those which are also Introverted) find it harder to jump on the bandwagon of swift action. Rather than taking the conventional route, they strive to forge their own path, one guided by intuition and reflection. They find themselves asking ‘why questions’ at every turn, hoping to get to the bottom of what they, as individuals, actually believe. They have a profound need to understand themselves and to discover their passion along the way. This ensures that their path will be a more authentic, and hopefully more meaningful, one.

Generally speaking, we might say that Sensors are more concerned with attending to concrete (S) matters in early adulthood—securing good paying jobs, buying a home, having children—while Intuitives are more attuned to abstract (N) concerns such as developing a big picture understanding of themselves, their culture, and the roles they hope to play in the world.

That said, if Jungian theory holds true, the paths of both Sensors and Intuitives should start shifting or expanding around midlife. As Sensors develop their inferior Intuition function, they may exhibit heightened concern for abstract truth and meaning. Similarly, Intuitives developing their less-used Sensing function may devote more of their time and energy to concrete affairs.

As touched on earlier, the track taken by Sensing types is aligned with our biological development. We know, for instance, that it’s generally easier to have children early in life than after the age of 40. One might also argue that sex, partying, and other forms of sensory exploration are physically less problematic at age 20 than age 50 or older.

This can leave young Intuitives in a sort of conundrum. On the one hand, their Intuition beckons them to find their own path, regardless of how long it takes. On the other hand, it’s hard to completely ignore the relevance of biological factors, not to mention the conventional voices claiming that Intuitives are doing everything backwards.

Maslow’s “Hierarchy of Needs”: The Role of Personality Type

Psychologist Abraham Maslow is probably best known for his Hierarchy of Needs theory. In a nutshell, the theory suggests that while human beings have a variety of needs, some are more essential or foundational than others (hence the “hierarchy”).

More specifically, Maslow saw physical / physiological needs as most foundational (e.g., food, shelter, safety), followed by social and emotional needs (e.g., love, belonging). The final tier of the hierarchy, according to Maslow, is self-actualization, a concern for realizing one’s potential—spiritually, intellectually, creatively, etc. Those familiar with this theory are likely aware of its pyramidal representation, with multiple tiers depicting the various need categories.

In many respects, Maslow’s theory seems rather obvious. It goes without saying, for instance, that fact that food is a foremost requirement for human subsistence. Studies have also demonstrated the importance of physical touch and emotional bonding for healthy human development. Animal studies have yielded similar findings.

That said, our earlier discussion suggests that our perceived needs and priorities are also affected by our personality type. Indeed, we can associate the Myers-Briggs preferences with Maslow’s needs categories as follows:

While Maslow’s hierarchy is generally applicable to all types, it’s also true that Intuitives show more explicit interest in self-actualization in early adulthood than Sensors typically do. Indeed, some Intuitives are willing to risk some measure of physical comfort or security for the sake of expediting their self-actualization. This is driven by their preference for Intuition (Introversion may also play a role) and its proclivity for self-reflection, autonomous thinking, and personal development.

Indeed, there’s a sense in which Intuitives are inverting Maslow’s pyramid, putting concrete matters on the backburner until they’ve made sufficient headway toward self-actualization. For some, this might involve going to graduate school, where they can abstractly explore N matters and clarify their intellectual path. Others may head to the Far East in hopes of finding spiritual enlightenment. Still others may opt for a Bohemian lifestyle as they find their way as an artist.

It’s also worth noting that, for some Intuitives, the importance of self-discovery may not surface until slightly later, perhaps in their mid to late twenties. Regardless, Intuitives’ early adult life can be seen as a quest to understand the deeper truths and meaning of human life in general, as well as their unique path as individuals.

If you’re an Intuitive wanting to better understand your personality, life path, and much more, check out our online course: Finding Your Path as an INFP, INTP, ENFP or ENTP.

The Societal Role of Intuitive Introverts