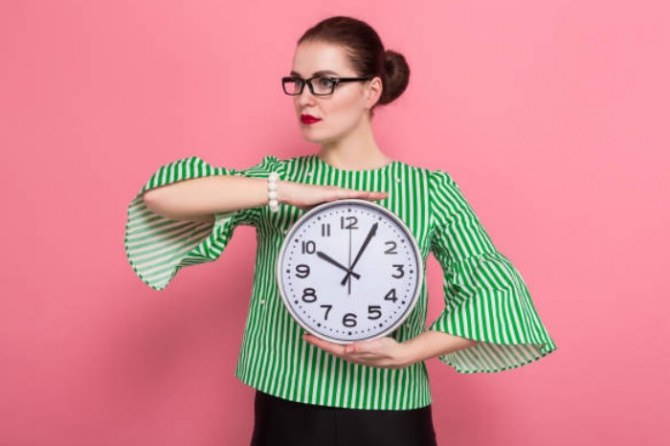 It almost goes without saying that time plays a central role in human experience. One thing that differentiates our species is our knowledge of death and aging. This knowledge serves as a lens for approximating where we’re at in our life’s journey.

That said, I think it’s fair to say that younger people typically pay less heed to time. As a child, a single day can feel infinitely long and there’s rarely a sense that time is limited. And if a day can feel like eternity, just imagine how long a lifetime must be to the mind of a child!

Children also have the sense that most of their life remains ahead rather than behind them. They thus experience life as pregnant with possibilities. Since no particular path has yet to be chosen, the sky is truly the limit. For many, this uncharted future imparts a sense of mystery and anticipation towards what life might have in store.

As we transition to and progress through adulthood, life’s possibilities are gradually pruned away, as what was once an array of potential paths is supplanted by a singular one. Our course starts to feel more singular because more time has passed, allowing us to retrace a longer line of our footsteps. Not only that, but the future suddenly strikes us, like a ton of bricks, as finite. Time thus becomes a more abiding and influential presence in adult consciousness, urging us toward greater care and consideration in our life choices.

It’s largely this stark confrontation with time and its finitude that shapes, intensifies, and distinguishes human experience. Suddenly questions like—Who am I? and What should I do with my life?—become more exigent. If life is short and we only get one shot at living it, then we better make it count. This sensibility grows in intensity from adolescence to midlife, as some paths are taken and others forsaken. Throughout this process, we attempt to weigh the past, present and future simultaneously: Am I happy with where I’m at and what I’ve done with my life? What do I still want to accomplish? How can I honor and reconcile these multiple concerns moving forward?

The philosophical terrain we’ve covered thus far is apt to feel more familiar to some personality types than others. The truth is not everyone spends a lot of time pondering the import of life and death, at least not overtly. Instead, these deep existential concerns remain mostly subconscious; while they may be indirectly felt or experienced, they don’t inhabit center stage of conscious attention. Of course this doesn’t mean they have no effect or consequence, but only that the individual is not keyed into them.

The most reflective and introspective of the personality types are Intuitives (N). They care about ideas and how everything is interrelated in terms of the bigger picture. Hence, seeking self-knowledge and a big-picture view of life’s timeline is definitely in their wheelhouse. While Sensing (S) types also care about the course and quality of their lives, they spend less time wrestling with philosophical matters than Intuitives. Assuming it works okay for them, Sensors will commonly adopt the worldview of the family, religion, or culture they were raised in. Putting to rest any philosophical (N) concerns allows them to move forward with their S business without getting bogged down in abstractions. By contrast, the business of life for Intuitives often means spending ample time in reflection. Nonchalantly or uncritically importing a worldview, especially in wholesale fashion, is not a viable option for them.

Intuitives also tend to be dissatisfied with the status quo and thus disposed to envisioning and engineering alternatives. Their thought often takes the form of: “If we could only change X, then things would be better.” In other words, they are motivated by the prospect of a better future and enjoy playing a part in its renovation. This is evidenced by the fact that Intuitives (like those high in Big Five Openness) are often inclined toward political liberalism, which is characteristically change-oriented (see my post, Personality and Politics, for more on this).

In light of the above, it seems reasonable to suggest that Intuitives have a future-oriented bent. But part of seeing the bigger picture is understanding the past, that is, tracing the chain of events that led us to our current situation. As we touched on earlier, interpreting our life’s timeline entails a ongoing dialogue between the past, present, and future. In order to achieve a coherent identity, we must reconcile our past with our current and future lives. So while Intuitives are undoubtedly change and future-oriented, they can’t do so without also having conversations with the past.

Myers-Briggs Judging (J) correlates moderately well with the Big Five’s Conscientiousness domain. Conscientious individuals take a sort of managerial approach to life. This includes having a set of standards or objectives, working to live up to those standards, and constantly monitoring one’s progress. If Conscientious Judging types are more goal-oriented, they might also be seen as adopting a future orientation.

Perceiving (P) types, especially those lower in Conscientiousness, tend to be less finicky, proactive, and managerial than their J counterparts. They’re more open to whatever life brings their way and less inclined to impose their will on the world. Insofar as they “live in the moment,” these types might be construed as more present-oriented in their time perspective.

This raises an interesting question about “NP” types (i.e., INFP, INTP, ENFP, ENTP). We’ve established that Intuitives are oriented to future possibilities and Perceivers to spontaneous happenings in the present. So which represents the more prominent orientation of NP types? It’s hard to say that one is consistently more prevalent. Instead, NPs often oscillate between the two time perspectives. As long as they’re enjoying themselves in the present, there’s no reason to jump ship and do something else. The same is true when they’re engrossed in a creative project aimed at the future. And since many NPs are lower in Conscientiousness, they often rely on inspiration or enthusiasm to compensate for whatever they lack in self-discipline or willpower.

In light of the above, we might generally conceive NJs as the most consistently goal-driven and future-oriented of the types. On the flip side, action and sensation-oriented SP types are most consistently immersed in the present. While SJs can be present or future-oriented when accomplishing tasks or striving toward goals, they tend to rely heavily on the past—the routines, beliefs, and traditions they hold dear—for inspiration and guidance.

Personality differences notwithstanding, it’s important to remember what we discussed at the outset, namely, the impact of age and life experience on our time orientation. I dare say that nearly everyone, irrespective of type, is future-oriented in early adulthood. Similarly, as life marches toward its close, we are increasingly disposed to retrospection. Hence, like so many things, time orientation is a rather complex phenomenon, affected by a host of variables, of which personality type is only one.

Learn more in our four eBooks and online course: Finding Your Path as an INFP, INTP, ENFP or ENTP. 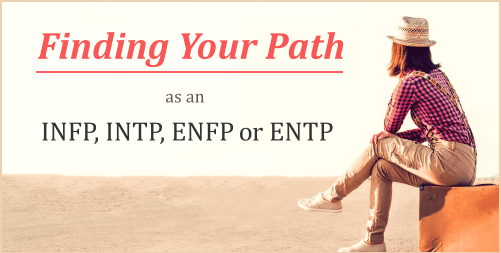 Self-Discovery in Modern Life: How Our Choices Reveal Our Identity 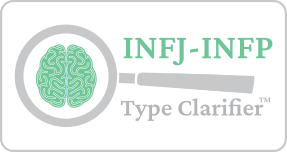 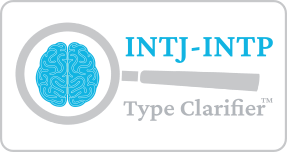