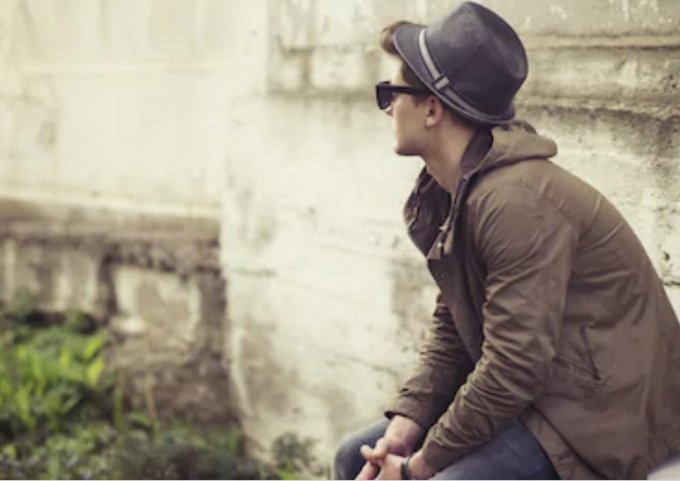 Clarifying and maintaining an identity—an account of who we are and our role in the world—is of great importance in modern life, serving as a reliable source of meaning, stability, and direction in an ever-changing world. Indeed, it was for this reason that we made identity clarification a central theme of our online course, Finding Your Path as an INFP, INTP, ENFP or ENTP.

We typically construct our identity according to our perceived strengths and interests, many of which stem from our type’s dominant and auxiliary functions. For intuitive (N) personality types, this may include self-identifying as open, curious, reflective, creative, intellectual, unconventional, etc.

Exhibiting strengths, values, and interests that stand out against the backdrop of sensing (S) culture, intuitives commonly perceive themselves as unique, special, or different. And in some respects, they are entitled to do so. For at the leading edge of cultural and intellectual advancement one usually finds a disproportionate number of N types, with intuition furnishing the ideas and openness that propel discovery, creativity, and social change.

While acknowledging the value that intuitives bring to the world, these types must at times be willing to turn the spotlight of critical reflection toward their own beliefs, attitudes, and behaviors. However perceptive they may be, they too have their biases and blindspots.

In many cases, moral and psychological blindspots are tied up in the inferior function, which may well constitute our biggest blindspot. In the grip of the inferior function, we may exhibit any number of unhealthy attitudes and behaviors. Consequently, staying connected to one’s “higher functions” (i.e., dominant and auxiliary) is typically considered a more reliable path to wise living.

That said, there are times when even our higher functions become marred with pride, hubris, or inflated self-importance. The gifted athlete who is also a braggart and show-off comes to mind. For N types, the slippery slope often involves some form of artistic, cultural, moral, or intellectual snobbery / elitism. The notion of “liberal elites,” while often overused and improperly applied, is largely a critique of N culture (related post: Personality in Politics).

Identity wise, N types generally fancy themselves tolerant and open-minded. Rather than censoring or quashing unconventional ideas and behaviors, intuitives see and appreciate them as expressions of human freedom, diversity, and individualism. Despite their ostensible openness, however, there remains at least a kernel of ingroup-outgroup thinking among many N individuals.

According to Wikipedia, an ingroup is a “social group to which a person psychologically identifies as being a member” whereas an outgroup is one the individual does not identify with. Hipsters, for instance, many of whom are NFP types, can be seen as identifying with certain norms of hipster culture. The same can be said of N artists, intellectuals, academics, etc.

The perceived outgroup for N types often consists of those who appear less open-minded and more ordinary / conventional. This belief can give rise to feelings of superiority, as outgroupers are presumed dull, uninteresting, unoriginal, or uncultured, and thus unworthy of the N type’s time and investment.

N types have at times been likened to cats, highlighting their propensity for independence and non-conformity. But as social psychologists have repeatedly demonstrated, seeing oneself as part of a group has a way of surreptitiously undermining critical thinking and fostering conformity or “group-think.” The longer we participate or align ourselves with a certain group, the more likely we are to adopt its ideas and values as our own.

From this we learn that are two ways of forming and conceptualizing one’s identity. At one end of the spectrum, we find identity being fashioned around individuality and independent thought. At the other end, it reflects the characteristics of the group(s) with which it participates and affiliates.

While many intuitives will locate themselves closer to the left end of this spectrum, they may not be fully aware of the degree to which their thinking is informed or shaped from without. In short, they may be more disposed to group-think than they’d like to believe.

Granted, there is nothing inherently objectionable about aligning oneself with a certain group or subculture. We are, after all, social creatures. But doing so is not without its dangers.

One potential side-effect of group affiliation is a tendency to prematurely judge or subtlety exclude those who don’t bear the marks of one’s ingroup. Another is a propensity for dogmatism and closed-mindedness, which can create what has been dubbed the “silo effect.” This occurs when information fails to freely flow between societal groups, but instead is recirculated and developed in isolation from opposing perspectives. Unfortunately, a number of popular news and media outlets epitomize this sort of behavior, which is then adopted and modeled by their respective patrons.

In her post, Millennials and the Rise of an Intuitive Culture, my colleague Elaine Schallock suggested that the millennial generation embodies many of the values and virtues of intuitive types. While this cultural shift may seem like an exciting and much needed corrective to the sensate (S) ways of the Baby Boomers, it does not come without great responsibility. As Jesus famously observed, “To whom much has been given, much shall be required.”

Although N types are typically perceptive, open-minded, and well-informed, they are not without their biases and blindspots, including a susceptibility to hubris, exclusivity, and group identity / thinking. Thus, if they are to be wise stewards of their increasing prominence and influence, they must guard against these potential pitfalls.

Bias occurs when we automatically assume that our view is the right view or the one that everyone else should hold. The exception, of course, is when our view happens to reflect what is objectively true or appropriate. Hence, to avoid biased thinking, we must work to distinguish between perspectives that are largely personal and those which are more objective and well-founded. This requires thinking critically about how we’ve arrived at our own viewpoints, as well as how others might have arrived at theirs. With respect to the latter, Ken Wilber’s quip is worth remembering: “No one is smart enough to be wrong 100% of the time.”

Recognizing that our viewpoints (and those of others) are shaped and influenced by our own psychology, including our personality type, can also help combat bias. For underneath our interests, values, beliefs, and feelings is our type. Not only does our type affect what we care about, but also the way we think, perceive, and approach problems.

Furthermore, despite the fact that many N types are information junkies, they are sometimes guilty of drawing conclusions from insufficient data. As soon as intuition recognizes a pattern, it’s easy to believe that it has solved the puzzle. However, if it’s only privy to a minority of the relevant facts, there’s a good chance its conclusions will miss the mark.

This is not to say that N types should never act or take a stand. Indeed, some intuitives, especially intuitive introverts, may need to analyze less and act more. But in today’s world of fake news and media echo chambers, we must resist the temptation to blindly jump on our ingroup’s latest bandwagon. Now more than ever, we need intuitives who are willing to critically examine their own views and actions, lest they too fall prey to the extremism of our time.

If you’re an intuitive (N) perceiving (P) type and would like to better understand your personality, identity, life purpose, career path and more, be sure to explore our online course, Finding Your Path as an INFP, INTP, ENFP or ENTP:

Millennials & the Rise of an Intuitive Culture