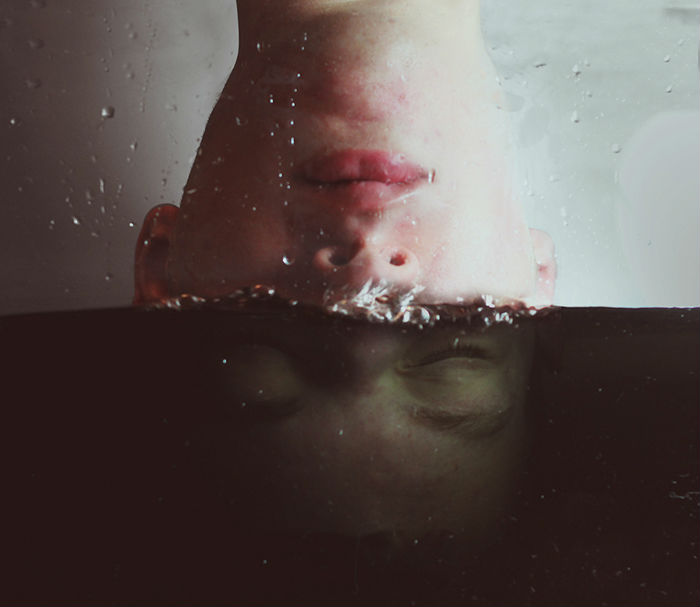 The inferior function is a less well-known and less-emphasized subject in personality typology. This is not because it is terribly difficult to understand, but because it requires some background knowledge of the functions and the functional stack.

To a certain extent, each function (i.e., dominant, auxiliary, tertiary, inferior) has its own needs, desires, and agenda. Each wants to have a say in the overall psychic economy. Just as democratic governments strive to integrate the diverse voices of their constituents, each personality type must find ways of integrating the needs and desires of its four functions.

Because the inferior function—sometimes called the lost, missing, or repressed function—is the most unconscious of a type’s four functions, it is the most difficult to access and integrate. This is why it is commonly symbolized in dreams as being buried deep underground, undersea, or in a dark forest.

Despite its relative unconsciousness, the inferior function cannot be simply ignored or dismissed as unimportant. To the contrary, it is impossible to achieve psychospiritual wholeness without it! Indeed, the life quest for all types is well viewed as centered on discovering and integrating their “missing function.” This quest has been symbolized in religious and literary myths for millennia (e.g., searching for the “promised land” or “Holy Grail”). In his book, Jung’s Four and Some Philosophers, Thomas King nicely outlines this quest for the elusive inferior function:

The time comes when the individual feels life is empty; something is missing. The original sense of purpose is gone and one is dispirited and confused. At this point the individual feels called to make a difficult search for the rejected (i.e., inferior) function…The individual sets out on a difficult and unfamiliar journey (e.g., “a sea voyage,” “a venture into the forest”) to locate the missing function.

While I would argue that the need to include and integrate the inferior function is present throughout our lives, King is suggesting that we all reach a point in our lives where we suffer what I will call “dominant function fatigue.” In other words, we get bored with the humdrum of our dominant function and feel compelled to explore something new and exciting. In King’s view, this is a central reason we turn to the inferior function. The inferior engenders a type of experience characteristically distinct from the dominant. Consider the difference, for instance, in seeing and experiencing the world through the lens of logic (T) versus that of the heart (F), or from the point of view of a philosopher (N) versus that of an athlete (S).

In light of the stark distinctions, the inferior function is often experienced as magical, mysterious, exciting, or blissful. Some have described it as “a whole new world.” It thereby serves as a powerful source of life energy and motivation. This is why all types display a strong appetite for, and curiosity toward, their inferior function.

The “Dark Side” of the Inferior Function

We’ve seen how the inferior can offer relief from “dominant function fatigue” and serve as a powerful source of energy and motivation for all types. Unfortunately, accessing, much less integrating, the inferior is no small feat. Doing so typically entails a protracted power struggle with the dominant function (i.e., Phase II of type development), one which often entails some measure of pain and suffering. In this respect, the religious myths are correct in suggesting that the road to redemption is often revealed through suffering (e.g., “refinement through fire”). Fortunately, such suffering can be minimized if we can better understand some of the traps and pitfalls of the inferior function.

Because of its relative unconsciousness, the inferior function is responsible for many of our childish, naive, extreme, or delusional thoughts and behaviors. Just as a child fails to realistically apprehend and comprehend the world, so too with the inferior function. For instance, when a typically logical T type imagines love (F) in the manner of a fairy tale, we know he is doing so through the naïve and idealistic lens of his inferior F function.

Despite its ability to distort, exaggerate, or idealize reality, the inferior function is still hard to resist. Because it can be so blissful (e.g., strong feelings of love and infatuation for a thinker), it can easily become a source of addiction. Like all addictions, it may be inspire various obsessive, compulsive, or otherwise unhealthy behaviors. When “in the grip” of the inferior function, we may feel locked into certain moods, attitudes, or behaviors that are not easily escaped. We may also become increasingly narrow-minded, irrational, self-indulgent, and irritable. So like any addiction, what begins with a sense of intense pleasure can eventually take a turn for the worse.

The inferior function is also a common culprit in type misdiagnoses. For instance, an INFP in the grip of her inferior function (Te) is more apt to mistake herself for a thinking (e.g., INTP) or judging type (e.g., INFJ). It is also unfortunate that the confusion caused by the inferior function and other confounding factors has caused many people to prematurely give up on typology or dismiss it as unscientific.

Strategies for Dealing with the Inferior

Because it can be experienced as heavenly or hellish, blissful or addictive, all types (especially individuals in Phase II of development) have a love-hate, “can’t live with or without it” relationship with their inferior function. In attempting to navigate the complex challenges associated with the inferior, individuals typically employ one or more of the following strategies: avoiding-indulging, crutching, and understanding-integrating.

In working to avoid the darker elements of their inferior function, many people will try a “cold turkey” approach, ignoring or avoiding the desires of the inferior at all costs. Or, they may binge on the inferior for a while and then swing to the opposite extreme of avoiding it. This is the same bipolar, “love-hate” pattern we see in all addictive behaviors.

Another common strategy for dealing with the inferior involves the use of “crutches” that serve to appease or placate it. Examples of crutching include things like persisting in unhealthy relationships (e.g., codependency), clinging to a comforting set of beliefs, or continuing in an unsatisfying job for the sake of financial security. Such crutches may serve to quell, at least temporarily, inferior-related concerns. The degree to which crutching is viewed as good or bad will largely depend on the individual. More idealistic types may tend to see it as a cop-out, as settling for mediocrity rather than excellence. Others may be more content with crutching, perhaps seeing it as a necessary part of human life.

The last strategy for dealing with the inferior function is working to better understand and integrate it. This involves learning about our type’s inferior function and how it has manifested in our lives, including the ways we have indulged, avoided, or crutched it. As we explore our inferior, we come to see the myriad ways it has influenced our thoughts, decisions, and identity. We can also learn of its relationship to some of our most prominent fears and desires, including our desire to vigilantly defend and protect our own ego. This can be a scary process, as we come face-to-face with some of our deeply engrained psychological patterns and defenses. The ultimate goal is to determine which patterns are healthy and worth keeping, and which are unhealthy and hindering our growth. Helping you do that is one of the chief objectives of our work here at Personality Junkie.