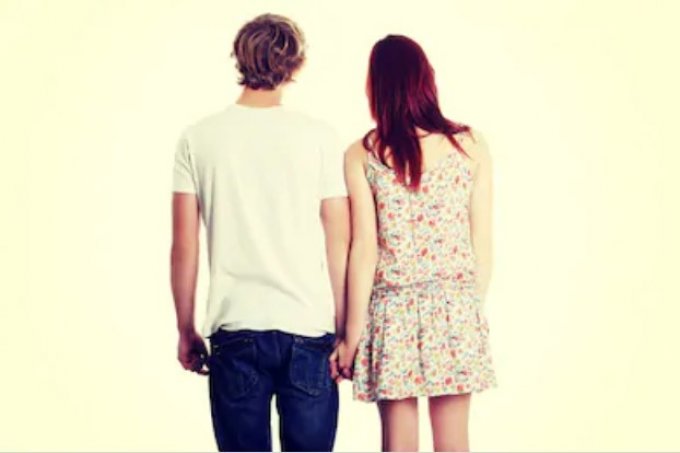 The human mind is an incredibly flexible and adaptable instrument, capable of operating in a number of different modes in order to optimize results under a variety of circumstances. Jung’s eight functions (Ti, Fi, Ne…), for example, are a testament to the array of mental faculties at our disposal.

Two of the most prevalent psychological modes, or what might be better described as roles, are those of “parent” and “child.” While we often think of parent-child roles as being fixed or biological, in reality we can all play either role and will readily switch between them if called for by the social circumstance.

It’s not unusual, for instance, to observe children parenting their dolls or pets. Nor is it hard to find parents who, for one reason or another, behave like children. Clearly, parent-child roles go well beyond biology and are more like scripts that we can voluntarily enact.

Furthermore, we must recognize that there are at least two varieties of the parent role, which we will refer to as the “Authoritative” and “Supportive” roles. There are also a couple of child roles—the “Autonomous” child and the “Compliant” child. Here’s a quick overview of each:

As I’ve discussed elsewhere, extraverted (E) and judging (J) types tend to be more assertive than introverts (I) and perceivers (P). Judgers are also more likely to endorse a single correct way of doing things and thus desire that others understand and embrace their perspectives. Moreover, because their primary judging function is extraverted in nature (i.e., Te or Fe), J types can generally be seen as imposing structure on the outside world. Therefore, judgers, especially EJ types (ESTJ, ENTJ, ESFJ, ENFJ), are more apt to assume the parent role (again, in the Authoritative sense).

As discussed in my book, The 16 Personality Types, introverted (I) and perceiving (P) types (i.e., IPs) are more outwardly passive and adaptive in their approach to the outside world. Instead of trying to shape or control the outside world, IPs modify their own attitudes and behaviors in ways that allow them to tolerate, avoid, or blend with others. They are thus inclined to exhibit some combination of the Autonomous and Compliant child roles.

In sum, EJs gravitate to the Authoritative parent role and IPs to the child roles. EP and IJ types can more readily adopt either role, depending on the circumstance. Although these role designations are by no means set in stone, our personality type does make us more comfortable playing some roles than others.

While it may seem a bit counterintuitive, we shouldn’t assume that those playing the parent role are somehow more psychologically mature or developed than those in the child role. Once we understand that the parent role is associated with certain functions (Fe & Te) and the child role with other functions (Fi & Ti), we can see the error in assuming, for instance, that an ENFJ, by virtue of using Fe and playing the parent role, is somehow more mature than an INFP utilizing Fi and enacting the child role. As we will soon discuss, true psychological maturity requires competence in either role, as well as an ability to integrate and transcend them.

The particular roles we play are always relative to our social context. For example, if someone has already strongly established herself in the parent role, we will typically fall into the child role. This is not unlike the dominance hierarchies seen in animals where there can be only one alpha leader.

We know that romantic relationships are often composed of a more dominant and submissive partner. This dominance disparity not only contributes to sexual attraction, but also to the balance and stability of the relationship. This helps us understand why so many couples have historically adopted, wittingly or not, the dominant-submissive / parent-child relational structure. It’s also why extraverts commonly pair with introverts, judgers with perceivers, etc. There is clearly some validity to the “opposites attract” notion, and Jungian psychology tells us why. Namely, the traits we are drawn to in our psychological opposite are the very characteristics that are repressed or underdeveloped in ourselves. Psychologically, we sense that our opposite can help us rediscover what we’ve repressed and, in turn, feel more whole and balanced.

Gender and biology also influence the partners we select and the roles we play, with hormones such as testosterone promoting dominance and status-seeking behavior. This leads to some interesting questions, which we unfortunately can’t pursue here, such as what happens when our gender and personality type point in conflicting directions with respect to the roles we should assume.

For now, we will confine our focus to examining which personality types are more likely to assume the parent versus child role in a relationship. Referring back to our earlier diagram, we can make the following predictions regarding the expected parent-child roles for various type pairings:

Relational Roles of the Types

As we discussed earlier, there is certain magnetism and stability to the parent-child dynamic, which is why many couples fall into these roles in the first place. However, it’s also not uncommon for one or both partners to start feeling resentful or unsatisfied with the role they’ve been playing.

Those accustomed to the child role, for instance, may at some point conclude that they don’t feel respected or treated as an equal in the relationship. When this occurs, they may start exhibiting fewer Compliant behaviors and more Autonomous ones. And while the Autonomous role is technically still a child role, it is less compatible with the Authoritative parent role and can thus have a destabilizing effect on the relationship. Partners assuming the Autonomous role often exhibit passive-aggressive behavior, which Wikipedia describes as:

A pattern of indirect resistance to the demands or requests of others and an avoidance of direct confrontation…a habitual pattern of…opposition, sullenness, stubbornness, and negative attitudes in response to expectations.

While P-A behavior is more passive than direct forms of resistance or confrontation, it is still aggressive and therefore at odds with the Authoritative parent role, which is also characteristically aggressive.

As discussed in our post, Relationship Challenges for INFPs, INTPs, ISFPs & ISTPs, P-A behavior is common among IP types. This can stem from a fear of confrontation (e.g., of being hurt, rejected, punished, etc.), a desire for autonomy, as well as a distaste for external authority (“Only I know what’s best for me.”). While IPs often feel rather powerless with respect to the outside world, P-A behavior, regardless of its downsides, may help them maintain a sense personal power and autonomy.

If a passive-aggressive IP pairs with an EJ who employs the “I know what’s best for you” approach, things are bound to get ugly rather quickly. Well-versed in the parent role, EJs are used to feeling socially powerful and having their way with others. So when an IP starts dodging or passively resisting their authority, EJs will find it frustrating, even threatening. After all, the EJ’s sense of self-worth and self-confidence is largely dependent on the compliance of others. Consequently, when faced with a defiant partner, EJs will often redouble their parental efforts in hopes of reclaiming their seat of power and authority.

A Third Role: The Integrated Individual

For those called to personal growth, neither the parent nor the child role is apt to prove fully satisfying in the long run. Ultimately, integrating individuals want to acquire competence in both roles and then learn how to integrate and transcend them. The idea is to have a diverse portfolio of role competencies, along with the discernment to know when and where a particular role is called for.

With regard to type, EJs must develop and integrate their Ti / Fi child role capacities. Doing so will help them feel more self-assured, which means they no longer need to constantly parent others to feel whole and powerful. Integrating EJs learn to find value and strength in themselves, even when they’re alone.

Similarly, integrating IPs must develop competence in Fe / Te roles, including becoming more open to, and skilled with, direct forms of communication. Moreover, instead of merely capitulating or avoiding confrontation, they start seeing conflict as an opportunity to grow and stretch themselves.

Of course, all of this requires the ability to keep our ego in check. As soon as the ego gets involved, little of lasting value will be accomplished. Thus, if one or both individuals in a relationship consistently exhibit ego issues, progress will prove difficult. Moreover, because ego issues are often tied up in the inferior function, IPs are actually most at risk when they flip into the parent role (e.g., deploying Fe or Te in an angry or condescending manner) and EJs the child role (e.g., arrogant or selfish displays of Ti or Fi).

If you’re an intuitive (N) perceiving (P) type and would like to better understand your personality, relationships, life path and more, be sure to explore our online course, Finding Your Path as an INFP, INTP, ENFP or ENTP.

books: My True Type | The INTP | The 16 Personality Types