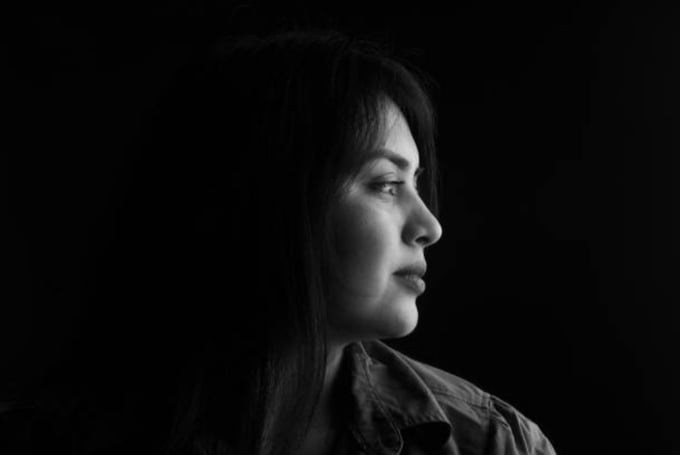 The notion of “authenticity” is popular in personality circles and elsewhere, especially among Introverted, Intuitive, Feeling, and Perceiving types. Authenticity is generally understood as being “true to oneself”—to one’s personal beliefs, feelings, and preferences—even if pressured to do otherwise. This philosophy overlaps substantially with that of individualism, which champions the rights, desires, and liberties of the individual. Both authenticity and individualism espouse that following our own unique path will make us happier, not only individually, but collectively as well.

If we zoom out a bit, we find that the authenticity concept is also used in respect to personality type. Here, the notion of staying true to yourself becomes: “Stay true to your type.” The basic idea is similar, namely, that embracing our type’s natural strengths and proclivities we will maximize our personal success and happiness. We’ll also be better off collectively, as each type does what it’s cut out to do.

These notions are rather compelling, especially on first blush, and are easily reinforced through metaphor. An arm clearly has a different purpose than a heart, for instance, and our bodies function best when each part dutifully carries out its respective role. The same could be said for how the 16 types might operate communally: we have Feeling types to deal with social and emotional concerns, Thinkers to handle mechanical and technical matters, etc.

This all this sounds perfectly reasonable in theory and, in many respects, it is. However, it’s not quite as simple or straightforward in practice, as each type utilizes more than just its dominant function. There are also times when what feels like authentic behavior isn’t terribly healthy or effective.

In this post, we’ll discuss some of the challenges and limitations of the philosophy of authenticity, including its relationship to personality type, impulsivity, and type development.

One way of construing authenticity is “doing what feels right” in the moment. In many cases, this is a good thing. It might mean listening to our conscience, following our heart, or heeding our intuition. Indeed, personality types like the INFP excel at knowing and living out their own values, often with great results. So doing what feels right certainly deserves a seat at the table of viable life strategies.

That said, there are times when this approach seems impulsive, short-sighted, and suboptimal. Wikipedia defines impulsivity as:

A tendency to act on a whim, displaying behavior characterized by little or no forethought, reflection, or consideration of the consequences.

In this light, a critic might contend that authenticity, at least in some contexts, is simply an excuse for acting impulsively. And for some individuals, acting on impulse clearly has destructive consequences, leading to things like car accidents, drug overdoses, and various forms of addictive behavior. For an alcoholic, having another drink almost always feels authentic, but heeding this urge is probably not in his best interest.

Research suggests that Extraverted (E) and Perceiving (P) types tend to be more impulsive (along with those high in Neuroticism) than Introverts or Judgers. It’s therefore unsurprising that P types tend to be more adamant about their need for authenticity. For them, acting on impulse feels natural and, in many cases, generates positive feelings and respectable results.

Being an effective athlete or performer, for instance, typically depends on having good instincts and quick reactions (P). Moreover, for creative career seekers, following one’s inspiration and creative impulses often proves fruitful. In this light, Extraverts and Perceivers aren’t necessarily wrong to defend their impulsive ways, which are clearly useful in certain contexts. Indeed, when acting on impulse yields positive results, the philosophy of authenticity seems entirely valid.

One thing I’ve yet to underscore is that impulsivity, as a psychological concept, is understood as privileging short-term gains over long-term ones. So the degree to which its truly useful and healthy must also be considered in light of long-term goals. Here, the “Tortoise and the Hare” fable is instructive. When it comes to sheer speed and reaction time, the Hare clearly has an advantage. But if the race is long and demands a slower, more sustainable pace, departing the gates in an all-out sprint is clearly unwise. Foresight and planning are required to effectively manage resources for the long haul. From a personality perspective, this calls for input from the Judging (J) functions.

Once an EP type starts to invoke Judging, the authenticity picture becomes a little less clear, as he’s no longer relying on impulse alone. Even the most instinctive basketball player needs to understand the context of the game—how many fouls he has, what the score is, how much time is left on the clock, etc. But there are also times when over-analyzing or over-planning degrades performance, disrupting the fluidity and effectiveness of one’s instinctual responses. Hence, success as a basketball player, not to mention life in general, requires walking a fine line between impulse (P) and deliberate planning (J). While professional ball players are often born with superior athletic instincts (P), the best and most winningest players also bring knowledge and foresight (J) to the game. The former is necessary, but rarely sufficient, for elite performance.

As we layer new skills and knowledge atop our type’s natural repertoire, our conceptions of authentic behavior may start to shift. Clearly, we need more than just our dominant function to be happy and successful. In the second half of life, in particular, we may take interest in developing our underused functions. While this doesn’t require relinquishing our dominant function, it may involve exploring new ways of being that feel foreign or awkward.

For instance, an “empty nester” who’s invested most of her time and energy into meeting the needs of her children and family may decide that it’s time to pursue a new occupation. But because her default mode of operating has involved putting others’ needs before her own, the transition is apt to be difficult, especially early on. It may feel inauthentic for Feeling (F) types generally (especially female Feelers) to prioritize their own needs and ambitions. But part of their type development involves developing and integrating their masculine or Thinking (T) side. This process can at times be unsettling and confusing, however, as what was previously considered authentic (e.g., taking care of everyone else) is countered by a new desire or intention. This requires a “renegotiation” of what authenticity looks like in order to honor both F and T.

The more of our type’s functions we integrate, and the more they’re given equal say, the harder it becomes to tie authenticity to a particular function or mode of operating. As we grow and develop, we become capable of playing the roles of multiple types, oscillating between them in accordance with the circumstance. Moreover, the need to be perceived as a “unique” person or personality gradually wanes and is supplanted by the desire to be happy, virtuous, or excellent in all aspects of life.

To learn more about the 16 personality types, their roles and functions, and their path of type development, be sure to explore our books:

The INFP, INFJ, ENFP & ENFJ Struggle between Authenticity & Helping Others