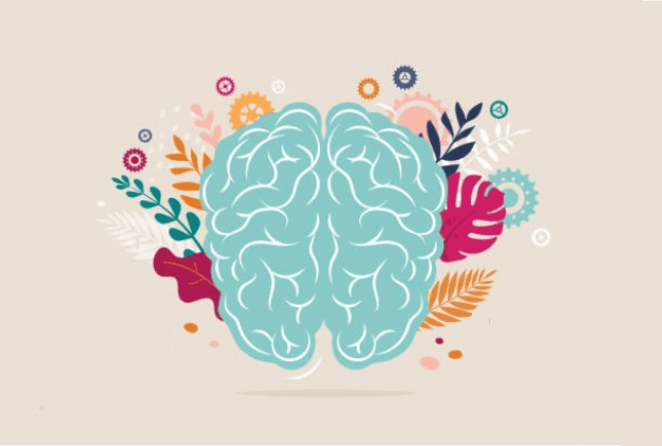 Those who take up the challenge of integrating their inferior function have often had their fair share of life experience and personal failures. They feel ready for a new sort of undertaking, one whose reward is largely one of personal or intrinsic satisfaction. Integrating the inferior, or what is sometimes referred to as personal growth, individuation, self-actualization, or enlightenment, is perhaps best viewed as a moral or spiritual affair. It seeks no external reward or recognition. It is done for its own sake, for the intrinsic pleasure and satisfaction of doing so.

Before working to integrate the inferior, it is critical to know your type. If, for instance, the inferior-related struggles described for INTPs do not ring true to you, you might not be an INTP. If your struggles seem to involve more Sensing-related issues, you might actually be an ENTP or an INTJ.

Once confident in your personality type designation, the first step toward integrating the inferior function is working to understand its nature and the specific ways it manifests in your personality type. As a starting point, you might explore the personality type and career profiles included on this site. Understanding the nature of each of your type’s four functions as well as the way they interact with each other, should prove helpful as you delve into self-analysis.

In many ways, integrating the inferior is more about enhancing the conditions for functioning authentically according to one’s type than it is about directly developing or “improving” the inferior function. In doing so, many inferior-related issues will take care of themselves; they are resolved indirectly.

In this discussion, we will explore four factors that play a critical role in integrating the inferior function. For those with a penchant for mnemonics, these can be roughly classified according to four Cs: consciousness, circumstances, control (i.e., relinquishing it), and courage.

The inferior function represents the ultimate goal or attractor point for each personality type’s growth and development. It is what motivates and draws us forward, compelling us to live more authentically and to move toward greater truth and wholeness. Unfortunately, as long as its needs and desires remain buried in the unconscious, the inferior tends to act more childishly, functioning in selfish, grandiose, and otherwise destructive ways. When extreme, it can play a foundational role in any number of neuroses, psychoses, or personality disorders.

Conversely, when the inferior is better understood and brought into the light of consciousness, it can inform our path toward wholeness. Making the inferior more conscious requires understanding the nature of our inferior function according to our type, including the ways in which it can be grandiose, selfish, defensive, and destructive. It also requires that we become more aware of our personal patterns of inferior-related behavior, including the ways we have avoided, indulged, or crutched it. Once these things have been laid bare, we can work to replace them with new and healthier ways of understanding ourselves and our purpose. This process begets, among other things, greater humility, diminished self-defensiveness, and increased wisdom in decision-making.

With regard to wise and conscious decision-making, typology informs us that our dominant and auxiliary functions are the most developed, utilized, and consciously accessible. They embody our inherent strengths, what we were “born to do.” And since these functions are the most developed and most representative of our type, it only makes sense that they be given the most say as arbitrators and legislators. This is not to say that the lower functions should be barred from having any input, but only that the top functions are better qualified to make the final decisions and determine one’s overarching direction and purpose in life. Being aware of this functional “pecking order” makes way for decisions that are more sound, reasonable, and conducive to long-term satisfaction. Ironically, this also serves to satisfy the inferior, not because of a direct attempt to indulge or crutch it, but because of the deep satisfaction that comes from functioning optimally according to one’s type.

Introverts have a strong felt need to make their outer lives congruent with their inner interests and values. This drive to “turn their insides out” compels them to see their work, relationships, and lifestyle reflect their inner ideals. They instinctively realize that they will not feel whole as long as they are immersed in circumstances that discourage or impede authentic functioning according to their type. This is why it feels so imperative for them to find the right career and romantic partner. As the most “otherworldly” of the types, Introverted Intuitives need to be especially careful in their selection of career, partner, and lifestyle. Making poor choices in any of these areas can make authentic living more onerous. While it is certainly less painful and more convenient to make wise decisions upfront, those immersed in less than optimal circumstances can still make changes. While such changes can prove extremely difficult and painful in the short-term, they carry the promise of long-term satisfaction.

Regardless of whether one is a Myers-Briggs Judging or Perceiving type, integrating the inferior requires relinquishing some degree of control. This includes loosening our attachments to our historical identity and mode of operating. This can be a scary process, as our hitherto steady, even if ultimately unhealthy, ego is subjected to scrutiny. In exploring the possibility of releasing some of the less healthy features of our historical ego, we may fear a complete loss of our identity or sense of purpose. Fortunately, personal growth does not require a complete forsaking of our historical passions and interests. It does not demand, for instance, that an INFJ morph into an ESTP. In fact, self-actualization may actually lead to a more effective use of the dominant function as it becomes less susceptible to manipulation or hijacking by the inferior.

Integrating the inferior also requires letting go of the need to constantly control the future. In trying to control the future, we burden ourselves with anxiety and set ourselves up for disappointment. Since Intuitive types have a stronger future-orientation, such a relinquishment can prove especially difficult.

Authentic living requires no small amount of courage, both inwardly and outwardly. Inwardly, it requires us to take an honest look at ourselves, even scrutinizing assumptions we have made about our own purpose and identity. As if that wasn’t difficult enough, it also requires a willingness to make outward changes in our behavior and circumstances. This critical point of reckoning is well-captured in the notion of the “mid-life crisis,” a time in which one goes about questioning everything and wrestling with life-altering decisions.

One facet of courage is developing the ability to stand-up for oneself and one’s convictions. This push toward personal authenticity is founded on a platform openness and honesty. Self-assertion can be especially challenging for Introverts, particularly IPs, who may feel they lack the strength or confidence to hold fast to their convictions. It can be easy for them to lose confidence in the face of external resistance. This may cause them to start seeking answers outside themselves, which often furthers their doubt and indecision. This is why knowledge of typology can be so helpful, encouraging, and inspiring, providing an objective map of what authentic functioning looks like for each type.

Personal growth asks that we function both actively and passively. It involves actively working to understand ourselves—our personality type, values, motivations, etc.—and living in close accord with that understanding. This includes having the courage to actively hold to our convictions and being willing to modify our circumstances accordingly. At the same time, we must resist the temptation to control or make excessive demands of the future. We need to do our best to live authentically, while finding ways to release our concerns about tomorrow. Such is a life of faith, faith in the ultimate value of an authentically-lived life, without demanding anything in return.

Learn more about the inferior function and its integration in our books: