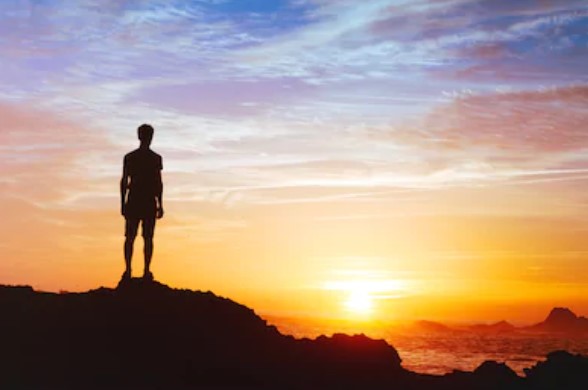 More than other types, INTPs and ISTPs bring a pronounced focus and dedication to whatever they decide is their “one thing.” While its specifics may change or shift over the course of their lives, they crave a singular purpose in which they can invest the bulk of their time and energy.

There are actually two phases to pursuing such a purpose, which ITPs seem to enjoy in equal measure. The first phase involves seeking or discerning their purpose. While ISTPs often identify their purpose rather early in life, INTPs may function as “seekers” for many years, even decades. One reason for this, as discussed in my INTP book, is INTPs commonly struggle to find a consistent sense of purpose in traditional career paths. Hence, many feel compelled to explore and build their purpose from the ground-up, perhaps in the form of a niche art / skill, knowledge area, or entrepreneurial endeavor.

The second phase, which I’ll call the “investment phase,” is set in motion after ITPs settle on their one thing. It involves an ongoing process of refining one’s craft and working toward specific goals. For many ITPs, it also means seeing everything in their lives through the lens of their purpose. They wake up in the morning and go to bed thinking about their purpose. Whatever seems irrelevant to their purpose may be ignored or dismissed as unimportant.

In response to some early comments on the first published draft of this post, it seems appropriate to clarify here that having a strong sense of purpose does not preclude ITPs from having other hobbies or interests. Nor does it mean they are necessarily being closed-minded or unaware of alternatives. My point is simply that having an overarching purpose is so important to ITPs that it permeates their minds and informs much of what they do. So even when they are exploring new ideas or interests, they do so with a mind to clarifying / developing their overall purpose; all roads lead back to their impulse toward one thing.

While other types may fail to understand this quest for a singular purpose, ITPs know that avidly seeking or investing in a purpose is what fills them with life and vitality. Otherwise, they feel lost, aimless, and listless. This is why retirement can be such a precarious thing for ITPs, as they risk losing their sense of purpose, and potentially even their will to live. Their purpose constitutes their primary source of life and vitality.

Is the desire for a singular purpose unique to INTPs & ISTPs?

While it’s certainly not unique to ITPs, it seems most prevalent among these types. I see this as largely explainable in light of two things: sex and personality type.

With regard to sex, the desire for a singular purpose appears to be more common in men. This may be partly related to the male propensity for competition and dominance. In this respect, one could see how heavily investing in only one thing could prove advantageous for achieving success in a certain field.

Sex differences in brain architecture and functioning may also play a role. For instance, recent neuroscientific research has shown that males generally have fewer connections between brain hemispheres than females. Perhaps this contributes to their having a more “one-track mind.” Moreover, those with autism are known to have highly focused and intensive interests (some might even call them obsessions). If we think of autism as a sort extreme male brain, as autism researcher Simon Baron-Cohen has suggested, one could posit a potential connection between maleness and having fewer, but more focused interests.

Personality wise, ITPs’ dominant function, Introverted Thinking (Ti), is a judging function. As explained in my recent book, My True Type, this contributes to their desire to be intentional, proactive, and seriously invested in something. Because INFPs and ISFPs also have a dominant introverted judging function (Fi), they (especially IFP males) may also exhibit a measure of single-mindedness of purpose (a number of IFP artists, for example, might fit this mold).

INTPs and ISTPs derive great joy from pursuing a purpose. They love the ongoing challenge of furthering their skills and knowledge, as well as anticipating extrinsic results and rewards for their efforts.

Since ITPs are introverts, we would expect the bulk of their motivation to derive from the intrinsic pleasure of their work. Less mature ITPs, however, operating in the grip of their inferior function, Extraverted Feeling (Fe), will predictably focus more on anticipated social pay-offs and on outdoing their perceived competitors.

With that said, it is important to recognize that even mature ITPs will struggle to function optimally without imagined social rewards. Creating something for its own sake, without having anyone to share it with or to appreciate it, is rarely enough to motivate them. This is true even for those who know that 99% of their pleasure comes from the process, not the end result, of their labor. So no matter how hard they try to convince themselves otherwise, ITPs can never completely free themselves of social dependence. In type speak, their Ti cannot operate independently of Fe.

This can be frustrating to the fiercely independent ITP, who feels he should have the inner strength and fortitude to pursue his work for its own sake (i.e., strictly for its intrinsic rewards). But his psyche, specifically his Fe, simply won’t allow it. Most ITPs intuitively understand this. As I discuss in my INTP book, they realize the necessity of having some sort of social intention or context for their work. This is also why romantic partnerships strangely seem so indispensable for ITPs. A relationship provides the social context and motivation that Ti requires to function optimally.

In many respects, ITPs can be seen as operating like a hunter (Ti) in a tribal context (Fe). We can imagine the hunter devoting the bulk of his time and energy to honing his Ti craft (his “one thing”): working to perfect his techniques, prepare his body, modify his weapons, understand his prey, etc. With the exception of learning the “tricks of the trade” from others, much of his development would result from hours of independent study and practice. Of course, underlying this intensive Ti regimen are the imagined social rewards (Fe) of excelling at his craft. Indeed, it is hard to imagine a more celebrated occupation than the hunter who reliably supplies food to his fellow tribesmen. This scenario nicely illustrates the symbiotic relationship of Ti and Fe as it exists for ITPs.

If you want to learn more about ITPs—their personality, careers, relationships, life struggles, etc.—you’ve come to the right place. A.J. Drenth, the founder of this website and fellow INTP, has written extensively about these personality types, including authoring the two best-selling INTP books worldwide: 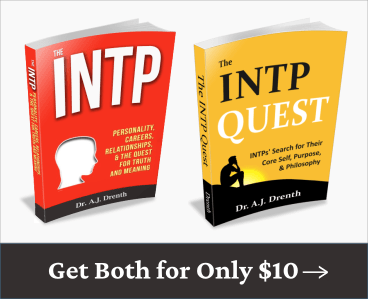