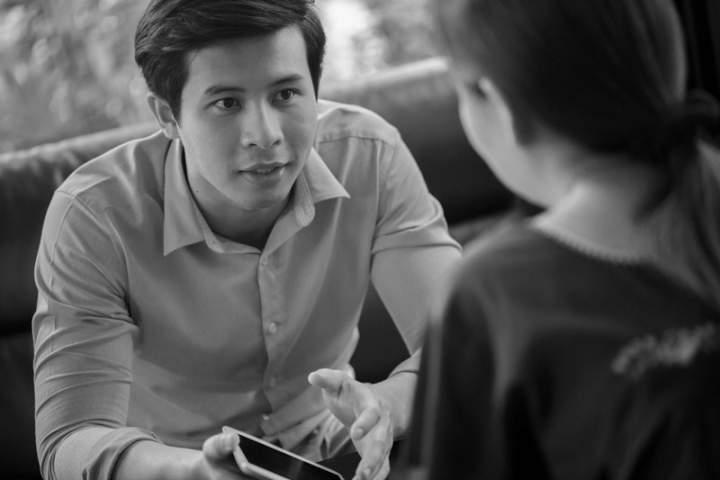 Despite having known and observed numerous INTJs over the course of my life, I’m still taken aback, and at times find myself a bit envious of, the things they’re willing to say and the unflinching manner in which they say them. As an INTP, it’s taken me years to develop the courage and ability to be more direct and forthright in my communication. The INTJ, however, seems to require no training or practice in this respect. Whether we call it candor or brutal honesty, INTJs have it in spades.

I realize it may seem a bit cliché to characterize INTJs as blunt in their communication style, but I think we can benefit from unpacking this observation and comparing it with what we know about INFJ, INTP and INFP communication styles. This will be our objective for this post.

Both INTJs and INFJs use Introverted Intuition (Ni) as their dominant function. And because other personality functions (e.g., Se, Si, Ne) are far more common among the general population, INJs tend to see the world quite differently than other types. Their Ni perceptions—which to the INJ eye seem incontrovertibly true—often go unperceived or simply ignored by others. Others’ disinterest or inability to grasp their insights is a perpetual source of bewilderment and frustration for INJs.

Believing they possess vital insights that could change the world for the better, INJs desperately want the truth to be revealed. In many respects, ensuring that the truth is known—that people’s perceptions cohere with objective reality—is a moral issue for INJs. As long as spurious claims and misperceptions abound, the world, from the INJ’s vantage point, can never be made right, fair, or just.

With this background in mind, we can better understand what drives INJ communication. For both the INTJ and INFJ, truth (N) matters more than anything else. Both of these types are animated by a sense of conviction and knowingness which permeates their J presentation. While others may see them as stubborn or opinionated, few will doubt that INJs believe what they say (see Elaine’s post, Know Your Judger, for more on this).

Where INTJs and INFJs part ways, of course, is their auxiliary function, as INTJs employ Extraverted Thinking (Te) and INFJs Extraverted Feeling (Fe). When we factor these functions into our analysis, we can see why INTJs may be even more forthright in their assertions than INFJs.

Generally speaking, Te types (i.e., TJs) devote little energy to fretting about whether their J statements are hurting other people’s feelings. As long as they are stating the truth, and especially if undeniable facts are involved, they exhibit little hesitation. This is why TJs often occupy executive management positions, in which they make operational decisions (Te) without getting bogged down in emotional concerns. We can also find plenty of TJs among physicians accused of having poor bedside manner, as hyperbolized in the television character, Dr. House (INTJ). All of this is not to say that TJs are uncaring or emotionless; they simply don’t consider it necessary to use “kid gloves” when communicating what they see as the straight truth.

While INFJs also place truth high on their priority list, their auxiliary Fe compels them to also function as people-pleasers and harmonizers. Striving to ensure that everyone is happy and properly cared for, they are more selective than INTJs in issuing their J assertions. The INFJ walks a fine line between revealing truth and navigating the labyrinth of others’ emotions and ego defenses. They routinely wrestle with the question of whether it’s worth professing truth when it’s likely to fall on deaf ears or incite ego defenses. Unfortunately, they often end up feeling guilty either way, for either failing to reveal the truth or for hurting or offending someone with the truth.

I’ve already written about INTP and INFP communication generally, as well as how these types behave and communicate in their relationships. Due to the fact that INPs’ extraverted judging function is inferior (Te for INFPs and Fe for INTPs), they are less comfortable proffering direct assertions and directives than their NJ counterparts are. This discomfort is worsened by their use of Extraverted Intuition (Ne), which commonly causes INPs to doubt themselves and their conclusions. I’ve noticed that ISPs, who use the Se-Ni function pair (which NJs also use, only in reverse order) rather than Ne-Si, seem to have an easier time than INPs being direct and forthright with their judgments.

INPs also aim to avoid stirring up conflict or inner unrest in their communication. For INTPs, the reason for this is fairly clear: to steer clear of negative emotions whenever possible. Moreover, as Fe users, INTPs are concerned with social harmony and the emotional comfort levels of others. This inspires what I have dubbed their “Nice Guy / Gal” persona, in which they aim to be likable and to avoid offending others. Granted, INTPs also enjoy the role of provocateur, but they typically do so selectively and often playfully.

In employing Introverted Feeling (Fi) rather than Fe, the INFP is less focused on managing everyone else’s feelings in the manner of the INFJ. Unless assuming a direct caretaker role, Fi is primarily oriented inwardly, surveying inner emotional landscapes, which is why INFPs can seem more outwardly cool or aloof than INFJs. Although INFPs are not overly concerned with social harmony for its own sake, they do strive to maintain inner peace and harmony (often testing as Enneagram type 9), which can be easily disrupted by external conflict. Consequently, INFPs resemble INTPs in their propensity to avoid making strong assertions or judgments that have the potential to incite conflict.

With that said, INPs’ growth process does involve improving their ability to be more direct and assertive in their communication style. Since this requires the services of their inferior function, it represents a lifelong challenge for these types. After all, it always feels easier, especially in the short-term, for INPs to avoid potential conflict or emotional disruption (e.g., let the phone call go to voicemail) than to face things head on.

INPs often turn to yoga, meditation, or other self-help practices to help them manage their stress and remain inwardly balanced. They sense that consistently maintaining inner order will allow them to better handle external stressors, including the stress that comes from candidly communicating with others. While such self-regulation strategies can certainly prove helpful, INPs must also find ways to muster the will, courage, and energy to communicate in the first place. Without a conscious focus on communication, INPs are inclined to manage everything internally, which doesn’t always equate to progress in the interpersonal sphere. They may be right with themselves, but have they really communicated or made things right with others? This process is reversed in EJ types, who are natural communicators—constantly thinking or emoting aloud—but often struggle to find the will or resolve to commune and make peace with themselves.

Learn more about INP and INJ types in our books:

How NP Types Use Extraverted Intuition (Ne) in their Ideation & Communication