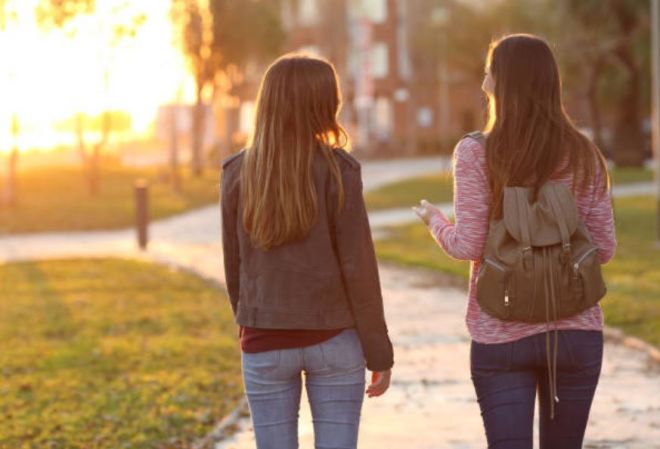 In the last few years alone, countless online articles have been devoted to enumerating Introvert (I) – Extravert (E) differences. From these we’ve learned that Extraverts tend to be more social and outgoing, while Introverts are more reserved and require time alone to reflect and recharge.

To be sure, these sketches tell an important part of the story, but they often omit some critical details.

In this post, we’ll fill in some of the gaps, providing a clearer picture of Introvert – Extravert differences in personality, outlook, motivation, etc. We’ll also consider what these types might learn from other, including the pros and cons of Extraverted optimism vis-à-vis Introverted cautiousness and realism.

According to Colin DeYoung, a renowned Big Five personality researcher, one of Extraverts’ hallmark characteristics is their reward-orientation. This is true in two respects.

First, Extraverts are attuned to and motivated by anticipated rewards. This desire for rewards—sometimes summarized as “wanting”—compels them to proactive pursuit. This propensity to go after what they want, be it social status or influential positions, is sometimes called assertiveness in Big Five research.

Pursuing anticipating rewards has an energizing effect, one which is mediated largely by the neurotransmitter dopamine—also known to play a key role in Big Five Openness to Experience. Thus, part of Extraverted behavior can be understood as a quest for dopaminergic bliss.

Not only are Extraverts fueled by anticipating rewards, but also by enjoying them, or what researchers have dubbed “liking.” Both “wanting” and “liking” can be seen as fueling their assertive, outgoing behavior. Although males tend to be more motivated by anticipation and females by enjoyment, Extraverts are typically higher in both. Studies have shown that wanting and liking are linked to positive affect, including the sense of being engaged and energized.

Optimism is another big piece of the Extraverted puzzle. In many respects, it’s what allows Extraverts to consistently believe in themselves and the value of their pursuits. Without this optimistic foundation, it’d be much easier for Extraverts to lose faith and give up. Optimism has also been shown to boost creativity, making it particularly valuable for creatively inclined Extraverts. We’ll take a closer look at the pros and cons of optimism later in this post, but for now, let’s shift our gaze to Introverts.

A Closer Look at Introverts

In the process of writing my book, My True Type, I was impressed by Jerome Kagan’s work on temperament in infants and children, particularly its implications for understanding the biological roots of Introversion.

Kagan identified two foundational and overlapping features of the Introverted temperament—high reactivity and behavioral inhibition—both of which are present at birth and commonly persist into adulthood.

Reactivity might be viewed as more physiological, undergirded by a highly sensitive nervous system. Reactive children often startle easily, are more sensitive to noise and other external stimuli, have difficulty falling asleep, exhibit a lower pain threshold, etc. They can also take longer to settle down once they’re upset. “Fussy” kids commonly exhibit these characteristics, prompting parents to go out of their way to keep them calm and comfortable.

Kagan also noticed that some children were more behaviorally inhibited than others, including:

While inhibition is more of a behavioral trait and reactivity more physiological, it’s easy to see how they might overlap. For reactive children, the world is a rather scary place, as every new situation or stimulus has the potential to be unsettling. Hence, employing inhibitory behaviors in hopes of reducing such disturbances seems entirely reasonable. And according to Kagan, it’s not unusual for these dispositions to persist into adulthood.

Although there are plenty of exceptions at the individual level, research consistently shows correlations between Introversion and Big Five Neuroticism. Namely, Introverts are more likely to report negative affect—depression, anxiety, self-consciousness, etc.—as well as greater volatility in their moods and emotions. In many respects, this isn’t surprising, especially for “highly sensitive persons” (HSPs), who we might think of as the adult version of Kagan’s reactive temperament.

Since the word “neurotic” is often used pejoratively, many Introverts, for good reason, don’t exactly love the label. Many prefer the HSP descriptor, which has a more neutral connotation. Either way, Introverts must find ways of effectively navigating a world which doesn’t feel entirely hospitable to them.

In light of Kagan’s research, I don’t think it’s unreasonable to suggest that an Introverted approach to life, especially in its early stages, is oriented toward threat reduction and self-preservation. Researchers sometimes call it an “avoidance” strategy, one aimed at avoiding pain, frustration, or punishment. DeYoung offers this rather unflattering portrait of Introverts:

They are less engaged, motivated, and energized by the possibilities for reward that surround them. Hence, they talk less, are less driven, and experience less enthusiasm. They may also find levels of stimulation that are rewarding and energizing for Extraverts annoying or tiring (or even overwhelming).

Inhibited / avoidance behavior often gets a bad rap, especially from the Extraverted vantage point. But viewed evolutionarily, the Introvert’s cautious, shelter-in-place approach has had its utility, serving as a veritable hedge against the risky ventures of Extraverts. Even today, Introverted cautiousness stands as an important counterbalance to Extraverted exuberance in nearly every aspect of life.

Finally, in my recent post—Are Introverts More Neurotic?—I detailed how Introverts often capitalize on their alone time by wrestling with ideas, reconciling difficult emotions or experiences, and gaining insight for self-improvement. So while they may appear avoidant from without, they are more intrepid in their inner life, confronting concerns that Extraverts may be “too busy” to address. One might even argue that Introverts are also reward seekers, but are more inclined to do so inwardly. Additionally, I like to think of Introverts as “doing more with less.” They may own less stuff and have fewer outer adventures, but they nonetheless find ways of making their lives rich and meaningful.

Although sometimes derided as killjoys or pessimists, Introverts are probably better viewed as realists. Unlike their Extraverted counterparts, they don’t approach themselves or the world with unalloyed optimism. Their realism also permeates their political views and may inspire them to condemn all sorts of excess (e.g., spending, consumption, growth, etc.). Seeing unchecked growth as unsustainable, even metastatic, they understand the need to rein things in both personally and collectively.

An optimistic outlook typically involves downplaying potential risks or counterviews for the sake of perpetuating certain hopes or ideals. If taken too far, it can border on delusional, as exemplified by tone-deaf singers who somehow manage to maintain the belief that they’re undiscovered superstars. In such cases, it’s clear that what’s needed isn’t more optimism, but a reality check.

Introverted realism seems particularly important at the collective level. Indeed, it may be our only hope for not driving ourselves off a planetary cliff. At the individual level, however, research continues to demonstrate the benefits of healthy optimism, including higher levels of self-reported happiness and creativity. So as is true of most dichotomies, the sweet spot lies somewhere in the middle. For Extraverts, the path to grow may entail more realism and moderation in their choices. Introverts, by contrast, may be wise to consider how they can harness the benefits of optimism while keeping at least one foot planted in reality. Not only might more optimism make Introverts a little happier, but also more resilient and self-confident. If realism brings knowledge and optimism empowerment, then both are essential to a well-lived life.

Learn more about Introverted and Extraverted personalities in our four books and online course: