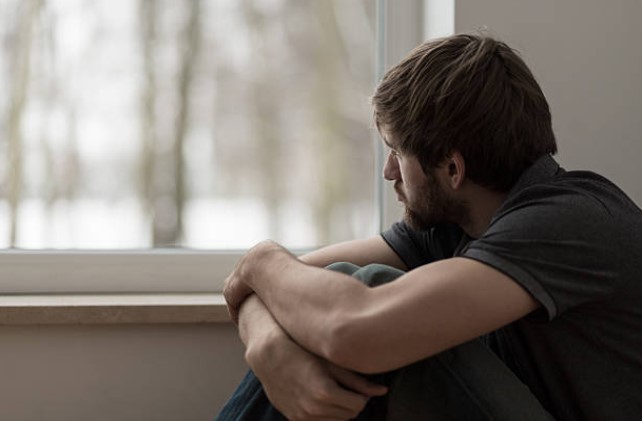 The introverted (I) intuitive (N) types (“INs”)—INFJ, INFP, INTJ and INTP—are among the most “sensitive” of the personality types. This is especially true of those who are more turbulent than assertive. I suspect that most INFJs and INFPs would qualify as “highly sensitive persons” (HSPs), along with many INTJs and some INTPs. There’s little doubt that introverts tend to be more sensitive than extraverts, but it also appears that intuitives are more sensitive than sensing (S) types.

As discussed in my book, My True Type, research indicates that, even as infants and toddlers, introverts are more sensitive and anxious creatures, suggesting that their sensitivity is at least to some extent hardwired. Some researchers have described it in terms of “enhanced sensitivity to threat,” which, from an evolutionary perspective, could surely have proven helpful under certain circumstances. One might also contend that sensitivity not only affords enhanced threat awareness, but greater awareness and perceptivity in general, thus allowing INs to see and discern things other types might miss. So while sensitivity may come with the unwanted side effect of anxiety, the ostensible trade-off appears to be heightened perspicacity.

Anxiety may manifest in any number of forms for IN types. For some, it may simply involve experiencing anxious feelings on a regular basis. For others, it may contribute to irritable bowel, chronic pain or fatigue, headaches, and other somatic symptoms. Panic attacks are also common. However, it can be helpful to realize that, in many cases, these aren’t distinct or unrelated medical problems, as they all derive from an underlying physiological sensitivity, which often includes a lower pain threshold.

INs’ powers of imagination can also have the unfortunate effect of exacerbating their anxiety and other physical symptoms. Disinclined toward extraverted optimism, the IN mind can be inclined to jump to and ruminate on “worst case scenarios.” Thus, even subtle symptoms may end up snowballing into significant distress, fueled by an anxious imagination. In short, heightened sensitivity in combination with a worrisome mind can make bodily life difficult for INFJ, INTJ, INFP and INTP types.

High levels of anxiety typically lead to greater risk aversion as well as a tendency to avoid trying new things. So in order to keep their anxiety in check, INs tend to stick with what feels safe and familiar. This can become a source of frustration, however, when INs or their loved ones sense that change is warranted. It’s not that INs are necessarily closed to the prospect of change. After all, most score fairly high on the Big Five domain called Openness. But as evidenced in our post, Why INFPs, INTPs, INFJs & INTJs Struggle to Act, they are probably least open to the “actions” component of Openness. We might say they are happy to cognitively explore options for change, but they can be slow to pull the trigger when it comes to acting on them. This is particularly true if they find themselves in a “comfortable” place in life, as change always risks reigniting their anxiety.

INs who are Enneagram Nines, a type known to prioritize inner peace, may be content with eschewing change for tranquility’s sake. But other INs start feeling restless or bored when life starts feeling too familiar, comfortable, or otherwise unstimulating. In their minds, settling into a bourgeois life, replete with its creature comforts, is what “other types” do. If INs aren’t growing or stretching themselves, many feel they’re not living their best life.

But what exactly is their best life? For most INs, it’s not entirely clear. It’s typically easier to identify the life they don’t want than the one they want. This is especially true with respect to the particulars. Sure, INs can readily drum up a vision of their ideal life. But the bigger concern is how to instantiate their ideals in their actual life, factoring in their personal attributes and current circumstances. And because things always seem less certain in reality than they do in theory, the thought of making real changes is anxiety-provoking. INs know that making a change will affect them in some way, the question is how. Might it actually leave them worse off? Once again, “worst case scenario” thinking enters the picture.

For IN types, executing big life changes is like repotting a delicate species of plant. The plant may be surviving in its current pot, but it’s clearly starting to outgrow it and might do better if planted elsewhere. However, it can be quite sensitive to disruptions and, if not handled with utmost care, could actually end up doing worse. So is transplanting it worth the risk, or should it be left where it’s at?

Such decisions are further complicated when two sensitive INs are paired together in a relationship. Even if both feel they are ready for a change, they may struggle to agree on a plan that simultaneously satisfies their ideals and doesn’t provoke excessive anxiety. In many cases, what satisfies or worries one partner will produce a different effect in the other, especially if they’re not the same personality type. It’s therefore not uncommon for considerations of major life changes to extend for years before a decision is finally made. Truth be told, it’s often easier to ignore the issue (or hope the universe will somehow handle it) than it is for both partners to open themselves to the fears, anxieties, and potential exhaustion that it entails.

To be clear, INs don’t always enjoy being as sensitive and finicky as they are. Indeed, they often envy the resilience of other types (e.g., ES types) who seem to handle big changes with relative ease. INs may envy the fact that such individuals are actually “living life” and pursuing their dreams instead of being stuck on the sidelines as mere observers.

Like boarding a treadmill that’s already turning at full speed, INs aren’t sure whether they can accelerate fast enough or if they’ll get hurled off the back. In other words, there’s a concern about the pace of change. Change demands responding to a lot of new information at once, with little time for extensive reflection. This is readily accepted, even welcomed by ES types, who privilege instinct (Se) over reflection (N). But INs prefer to wade into things slowly, affording themselves ample time to adjust and process what’s happening. Their minds are wired for foresight and deep understanding, not spontaneous action.

Outsiders can be quick to criticize INs from their unwillingness to make changes or take chances. What seems like an enormous obstacle to INs may seem like a mere speed bump to other types, who don’t understand why INs are constantly considering changes, but rarely making them. Hence, even otherwise well-adjusted INs may appear stuck—anachronistic fixtures in a highly mobile society.

Although not always apparent to outsiders, INs’ underlying anxiety, sensitivity, and turbulence can play a significant role in their immobility. But this isn’t always the case, as some INs—Bill Gates, Elizabeth Warren, Mark Zuckerberg, Sam Harris, etc.—are clearly less anxious, or at least less hindered by anxiety. The challenge for anxious INs is thus one of taking steps, however small, toward managing their anxiety, enabling them to more readily embrace authentic change when it beckons them.

If you’re an INFP or INTP looking to better understand your personality, purpose, career path and more, be sure to explore our online course, Finding Your Path as an INFP, INTP, ENFP or ENTP:

How INTJs & INFJs Approach their Body and Physical Needs