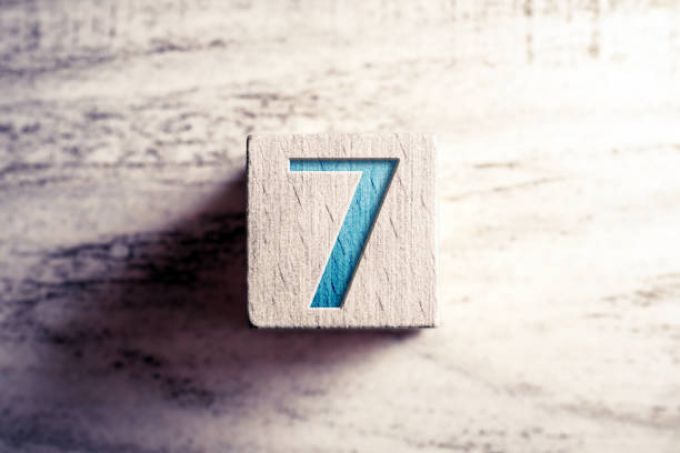 The Enneagram personality taxonomy is comprised of nine basic types, with each type having two “wings” or subtypes. The wings are derived from a type’s next-door neighbors on the Enneagram circle.

In this post, we will be discussing the Enneagram type Seven, including its two subtypes—7w6 and 7w8—which exhibit characteristics of types 6 and 8 respectively. We will also explore the relationship between these types and their Myers-Briggs correlates, namely, the ENFP, ENTP, ESFP and ESTP, or what I will collectively refer to as the “EP” types.

It is common practice in the Enneagram community to nickname each type in attempt to capture its essential motivations. The assigned monikers sometimes differ among theorists, if only slightly, according to their interpretations of the types. Here, I will enumerate some of my reasons for casting type 7 as the “Novelty-Seeker.”

Highly open and adaptable, Sevens are connoisseurs of novel and exciting experiences. Sevens who are EP types employ their extraverted perceiving function—either Extraverted Sensing (Se) or Extraverted Intuition (Ne)—to survey the environment for new sensations or possibilities to explore.

Enlisting Se as their dominant function, ESFP and ESTP types are drawn to novel sensory or physical experiences. They may delight themselves in sampling a wide range of foods, drinks, fashions, physical challenges, sexual experiences, and the like. Career wise, they seek work that furnishes plenty of opportunities for variety and spontaneity. Many abhor the idea of being confined to a desk, a scenario which deprives them of environmental novelty and opportunities to engage with their surroundings in a concrete fashion.

The ENFP and ENTP types also value external novelty, but as intuitives, they are less concerned with things themselves (S) than the ideas and possibilities (N) they inspire. In exploring new places and meeting new people ENPs are, wittingly or not, primarily interested in stimulating their own mind and imagination (Ne); they use the concrete world (S) as a springboard for intuiting new potentials (N).

That being said, ESP and ENP Sevens may, especially at first blush, look rather similar, as both are avid seekers of new adventures and experiences. The difference boils down to how these types cognitively process their experiences. For ESPs, the sensory experience is largely appreciated for its own sake. For ENPs, it is merely the starting point, a catalyst for new ideas and perspectives.

The Challenge of Self-Awareness & Self-Restraint

Although a common strength among introverts, self-restraint typically comes less naturally for Sevens. Not only do they have a strong appetite for new tastes and experiences, but as extraverted perceivers, they may lack the necessary self-awareness for knowing when and how to apply the brakes. Unfortunately, without some level of discernment and self-control, they can be prone to harm and addictions of all sorts.

Sevens therefore require the services of their introverted auxiliary function, either Introverted Feeling (Fi) or Introverted Thinking (Ti), to counterbalance their extraverted appetites. These functions can furnish the self-awareness and self-restraint EPs need to operate in a more balanced and healthy fashion.

Theorists have suggested that personal growth for the Seven, or what is sometimes called their “direction of integration,” involves developing some of the signature strengths of the Enneagram Type 5. This makes sense in light of the fact that many Fives are INTPs, exemplars of the introverted judgment (i.e., Ti) Sevens could use more of.

To be clear, the goal is not to expunge Sevens’ free-spirited, fun-loving nature. After all, we need Sevens to remind us of the value of spontaneity, unpredictability, and openness to new experiences. Rather, the point is that introverted judgment can furnish a healthy measure of balance and self-awareness that might otherwise be lacking in this type.

The Enneagram Type 8 is often nicknamed the “Boss” or “Leader.” Like Sevens, Eights tend to be extraverted, but instead of being perceiving extraverts (EPs) they operate more like judgers (EJs). One can easily imagine how Sevens in leadership positions might be more inclined to identify with the 8 wing (i.e., 7w8). EPs showing strong development of their tertiary judging function—either Extraverted Thinking (Te) or Extraverted Feeling (Fe)—may also prefer this subtype. Some EPs might even see the Eight as their primary Enneagram type. Steve Jobs, for instance, who in my estimation was an ENFP, might be construed as an Eight.

While there is certainly nothing wrong with developing and utilizing the tertiary function, EPs must be careful not to do so at the expense of their auxiliary. As we’ve seen, without sufficient use of Fi or Ti, EPs may lack the introverted feedback required to live their best lives. While Steve Jobs exhibited Fi development in some respects (e.g., his aesthetic taste and values), one could certainly argue that developing a higher level of empathy and concern for others would have made him a better human being.

The Enneagram 6 is often depicted as having a dual nature, earning it curious monikers such as the “Loyalist-Skeptic.” More often than not, Sixes are introverted, which gives rise to their skeptical side. The loyalist portion may derive from a sensing (S) and/or judging (J) preference, which can inspire conformity or alignment with certain groups, ideologies, or conventions. The Six might be cast as an admixture of two competing tendencies: autonomy (I, N, P) and conformism / affiliation (E, S, J).

There are a number of reasons why Sevens might take on a 6 wing (i.e., 7w6). First, the Six’s skeptical side might be seen as lending a much-needed dose of introverted judgment to the Seven’s repertoire. Moreover, because of the P tendency to notice exceptions and anomalies rather than what is consistent and expected, one could argue that Ps are more skeptical by nature than Js and may thus gravitate toward the Six wing.

The Six’s loyalist side might be attractive to Sevens seeking a cause or ideology to imbue their lives with greater stability. Moreover, as extraverts, it is by no means unnatural for EPs to align themselves with various aspects of the outside world that they consider important or meaningful.

Sevens are novelty-seekers par excellence. Perpetually open and curious, they love exploring the world in all of its manifold diversity. The Seven stands as a clear and authentic embodiment of the extraverted perception employed by ENFP, ENTP, ESFP and ESTP types, although we should remember that ESPs and ENPs have different motivations and inner responses with respect to their concrete experiences.

In order to grow and integrate, Sevens must find ways of developing the judging element of their personality. Those with an 8 wing do so by way of their extraverted tertiary function (Te or Fe), while those with a 6 wing can be seen as turning to their introverted auxiliary function (Ti or Fi). Of these two subtypes, the 7w8 type seems more at risk of stunting its introverted development, which occurs all-too commonly in a world that over-stresses extraverted achievement.

If you’re an ENTP or ENFP and would like to better understand your personality, life purpose and more, we encourage you to explore our new online course, Finding Your Path as an INFP, INTP, ENFP or ENTP: