In my work and experience as a typologist, the most common source of type confusion is the J-P variable, an issue which I’ve addressed in my book, My True Type, as well as in various online articles, such as Rethinking Judging & Perceiving. I’ve also written posts on INTJ vs. INTP and INFJ vs. INFP differences, but have yet to invest significant time writing about INTP vs. INFP similarities and differences.

As is true with other type comparisons, the INTP and INFP are at once strikingly similar and profoundly different. If we take a surface-level view, we quickly see that these two types share three preferences in common—introversion (I), intuition (N), and perceiving (P)—and differ only in their T-F preference. If we look a little deeper, we learn that they also share important commonalities in the realm of the functions: 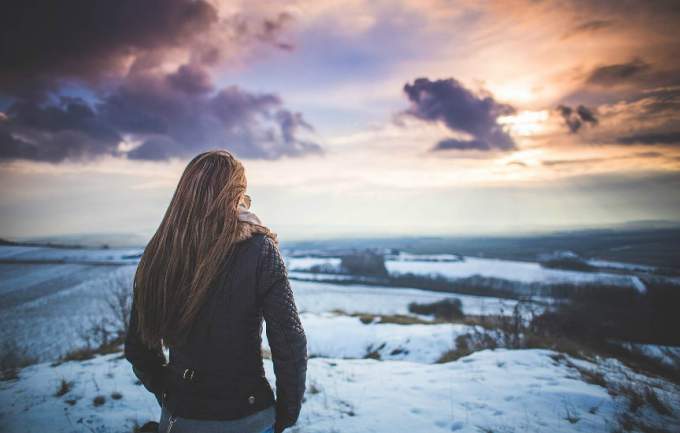 As touched on in my post, Introverted Feeling (Fi) vs. Introverted Thinking (Ti), both Fi and Ti use a subjective approach to judging, that is, their preferred evaluative criteria derives from the self rather than from external sources. Both Fi and Ti make independent subjective judgments, the validity of which is experienced as self-evident. They are thus relatively unconcerned with the degree to which others agree with their methods or conclusions.

The upshot of this is that both INTPs and INFPs are apt to be idiosyncratic and unconventional. Both types exhibit a deep concern for staying true to themselves—their own ideas, interests, values, and methods—rather than blindly conforming to world around them. The appearance of adaptability conferred by their P preference belies their inner craving for authenticity and self-direction. The idea that INPs are spontaneous with respect to the outside world is in many respects fallacious. They may be spontaneous in responding to their own inner impulses, but they are inclined to avoid or flee from externalities that have the potential to disrupt the peace and comfort derived from following their own inner compass (which is why many INPs, especially INFPs, score high as Enneagram Nines).

Part of being a self-guided individual is clarifying one’s beliefs, values, and identity. This is why INPs invest so much time working to understand themselves and figure out what they believe; in order to effectively be themselves, they must first know themselves. This of course is where typology often proves useful, furnishing insight into the essential nature of their personality.

While Fi / Ti compels INPs to clarify and hold true to their own path, their auxiliary function, Extraverted Intuition (Ne), prompts them to explore external ideas and possibilities that inform, enrich, or otherwise interface with that path. Indeed, even the most introverted INPs eventually tire of running around in their own minds and feel compelled to redirect their gaze outward. Not only is Ne keen to entertain and absorb circulating ideas, but it excels at seeing patterns and connections among those ideas. Exploring new ideas and possibilities can be deeply refreshing and invigorating for INPs, particularly after extensive periods of solitude or self-absorption. In many respects, Ne functions like a “reset button” for INPs, removing their introverted blinders and offering them a fresh set of ideas to explore.

Ne can also have the effect of opening up or casting doubt on previously established judgments, which can be both a blessing and a curse for INPs. On the one hand, INPs appreciate the novelty and refreshment that Ne can bring. On the other hand, Ne is a potent destabilizer, injecting doubt, even chaos, into INPs’ self-understanding and worldview. As discussed in my post, INTPs’ & INFPs’ Quest for Convergence & Certainty, INPs who regularly employ Ne discover that, however earnest their attempts, ideational certainty perpetually eludes them. When it comes to Ne, there is only one thing one can be certain of: uncertainty.

Because of the divergent and unpredictable nature of Ne, INPs are best understood as seekers and creatives rather than as knowers or doctrinaires. In my view, this is one of the most important things INPs can understand and embrace about themselves. Among other things, it can help them let go of the idea that, in order to be successful or move forward with their lives, they must first arrive at firm answers to all their questions. Put differently, self-identifying as seekers / creators helps INPs avoid the pitfalls of what we might call “NJ envy,” that is, of trying to operate as convergent knowers.

INTP vs. INFP Approaches to Growth

As discussed in my book, The 16 Personality Types, all types struggle to effectively navigate the tensions and power struggles transpiring among their four functions. Of particular salience is the struggle between the dominant and inferior function, which represents the greatest power imbalance within the functional stack.

Because INTPs’ dominant function is Ti, they often feel disconnected from the world of feeling, as well as the sense of meaning that feeling confers. Hence, one of their deepest fears is that life will prove to be utterly meaningless and that they will thus be condemned to a nihilistic existence. To assuage this fear, the psyche prompts INTPs to engage with the F world, be it through interpersonal relationships or in less direct ways, such as exploring subjects like philosophy, psychology, literature, religion, etc.

The INFP’s deepest fear is in many respects the opposite of the INTP’s. Rather than being disconnected from F matters, the INFP feels estranged from, or insecure about, the world of T. INFPs tend not to fret about life lacking meaning or value, but about things like structure and organization, time and financial management, and other logistical matters. In attempt to overcome their T shortcomings, they commonly take interest in subjects like math, science, computers, engineering, law, finance, accounting, etc. Doing so helps temper their T concerns, reassuring them that psychological wholeness is within reach and that they will never be cut off from their Te function.

There are at least a couple ways INPs may approach the challenge of integrating their dominant and inferior functions. The lowest hanging fruit is to use a piecemeal approach, attempting to satisfy both functions separately, as commonly seen in Phase II of type development. INTPs taking this approach will often try to satisfy their Fe through a relationship and their Ti through some form of self-directed work. Similarly, INFPs may satisfy their Fi by caring for children or pets, while simultaneously working to advance their career (Te).

Perhaps the most important function with respect to INPs growth and development is Ne, the function of exploration and creativity. Rarely is it clear to INPs exactly how Ne can move them toward psychological wholeness. This lack of clarity, in combination with the destabilizing effects of Ne, helps us understand why letting go of the piecemeal approach can prove difficult for INPs. So despite the fact that building an Ne-Si bridge is a more reliable route to integration and wholeness for INPs, it requires a greater measure of faith, patience, and courage, since the inferior function is being approached in a more subtle and less direct way.

This harkens back to my earlier point about INPs self-identifying as seekers / creators (Ne) vs. convergent knowers. Seeing themselves as knowers would be suggestive of identification with their inferior extraverted judging function (Fe or Te). But the truth is that INPs can’t authentically reach a point of knowing without first employing their top three functions. Before they can know anything with confidence, they must introspect (Fi / Ti), explore related ideas (Ne), and consider past information (Si). Not only that, but knowing often proves to be less rewarding for INPs than the process of seeking and creating—something they may not realize until the dog actually catches its own tail. Little is more deflating for these types than the sense that there is nothing more for them to explore or create. This sentiment is nicely captured in Dostoevsky’s Notes from Underground:

Man loves creating…But why does he so passionately love destructions and chaos as well?…Can it be that he has such a love…because he is instinctively afraid of achieving the goal and completing the edifice he is creating? How do you know, maybe he likes the edifice only from far off, and by no means up close; maybe he only likes creating it, and not living in it…

If you’re an INFP or INTP and would like to better understand your personality, life purpose and more, we encourage you to explore our new online course, Finding Your Path as an INFP, INTP, ENFP or ENTP: